It's not a secret that dogs love to play with toys, particularly cuddly ones or ones that makes noises. Jaxon, a Chihuaha is no exception, except he has a very specific taste, only playing with one model of toy, refusing to acknowledge any others. 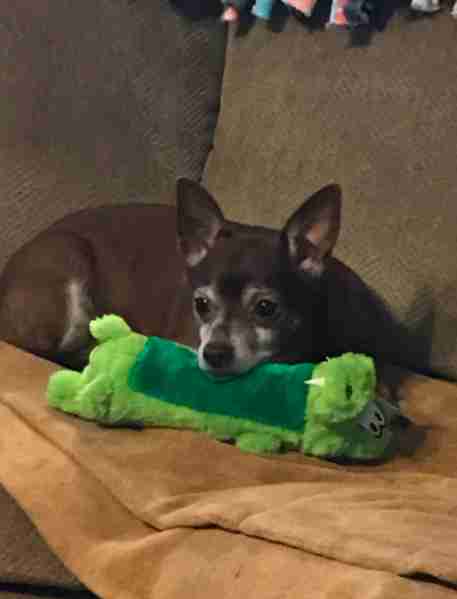 It's been more than three years since the 12 year old Chihuahua found his favourite toy, not leaving it since. Named "Greenie" by his owner, Kelli Brown, the toy is a cuddly crocodile that makes noise when chewed. She told The Dodo:

He was adopted from our local shelter on December 8, 2014, and I put one of these toys in his stocking the first year we had him (our other dog got the red version — which was a dragon). And this has just always been the only toy he’s ever played with! We have tons of toys in the house, but he only has eyes for his Greenie.

Being Jaxon's only toy, Greenie often needed to be replaced. Kelli had to buy on average two a year to keep up with Jaxon.

However, tragedy struck when Kelli, upon going to her normal shop, found out the unthinkable had happened: Jaxon's favourite toy had been discontinued.

After scouring the internet in the hopes of finding this special toy, Kelli eventually turned to social media, calling upon users everywhere to help.

@PetSmart PLZ HELP! This Top Paw toy has been discontinued but it’s the only toy 12 y/o Jaxon will play with. Got any laying around? We’ll buy them all up if you’ll let us! Our internet search brought us no luck. Very sad boy here!! ? pic.twitter.com/TplOosErsn

Kelli could never have imagined the response she got with many users proposing green toys that ressembled Greenie but she knew that only the original would stop Jaxon feeling so sad. Kelli said that even "a red & yellow version of his fave toy (a dragon!) same size, same fabric, just a different color and no dice" was not enough for him.

Kelli started to lose hope. It was at this moment that a young woman who worked in a chain pet toy store reached out to Kelli saying that she would do all she could, seeing as this was the chain who originally sold her the toy. 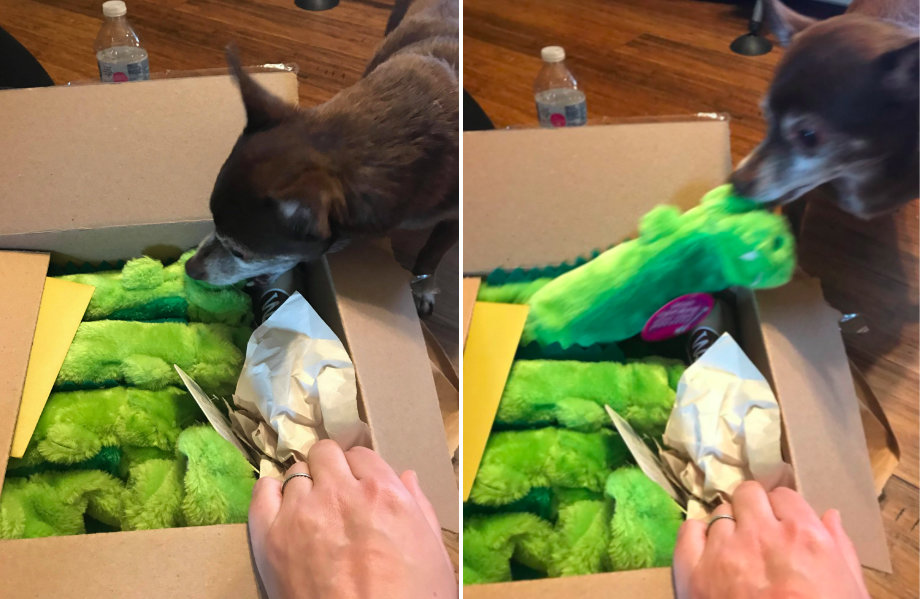 Kercho posted on an employee Facebook group searching for the elusive alligator and combed the aisles of the store during her shift. At first, it seemed like the toy had been completely cleared out without a trace … when she checked one last out-of-the-way place. 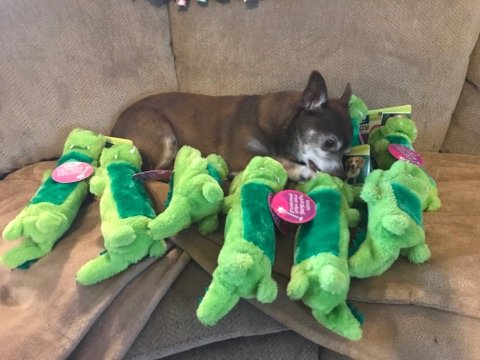 Upon coming across the toy, she said:

I actually squeaked audibly when I found the clearance toy bin in the back where they were tucked away […] I ended up finding around seven or eight [toys], asked if Jaxon had a favorite treat and sent his goodies on their way.

Thanks to this wonderful gesture of generosity, Jaxon will be able to spend the rest of his days alongside his favourite toy. Kelli even said that if Jaxon receives too many toys for just one dog, she will share them with other dogs who also love them.