On Saturday April 30, thirty-three lions rescued from circuses in Peru and Colombia landed back home in South Africa after a 15-hour flight.

ROARING up a storm

They were welcomed into their new forever home at the Emoya Big Cat Sanctuary in Limpopo, South Africa, where they can now roam around 12,000 acres of their natural habitat. 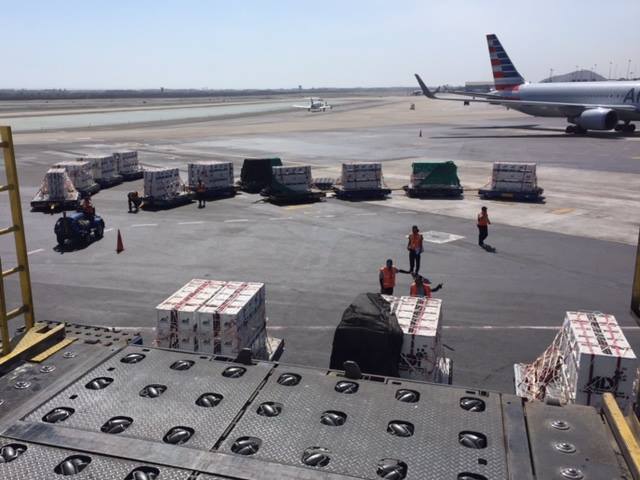 The animals had been captive in illegal zoos in Peru and Colombia, but were rescued by the association Animal Defenders International (ADI).

ADI organised the 18-month rescue mission, one of the most ambitious operations of its kind, named the "Spirit of Freedom Flight". It was the largest animal rescue airlift in history. 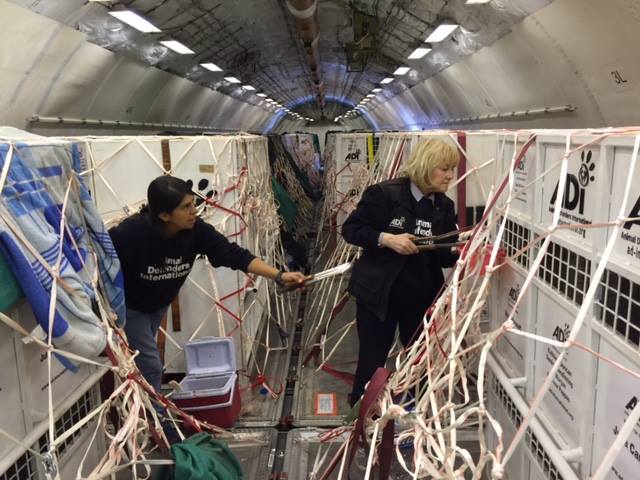 They have lived a life of absolute hell. They've been beaten and they've been starved… I believe we have brought them back to paradise, where they belong.

Indeed, the captive animals were found in horrific conditions. They spent their lived suffering in tiny, bare cages, being forced to perform in inhumane conditions: 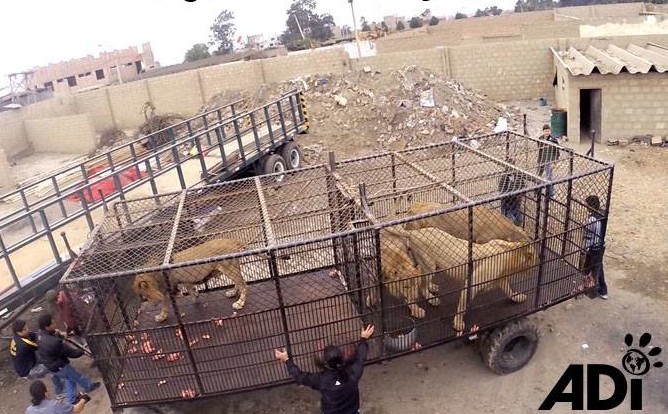 In 2010 and 2013 respectively, Peru and Colombia passed a law forbidding the use of wildlife in the circus. But many illegal circuses have still been in operation, which is why Animal Defenders International had to step in.

With the help of the police, they managed to force several illegal circuses to give up their captive lions. 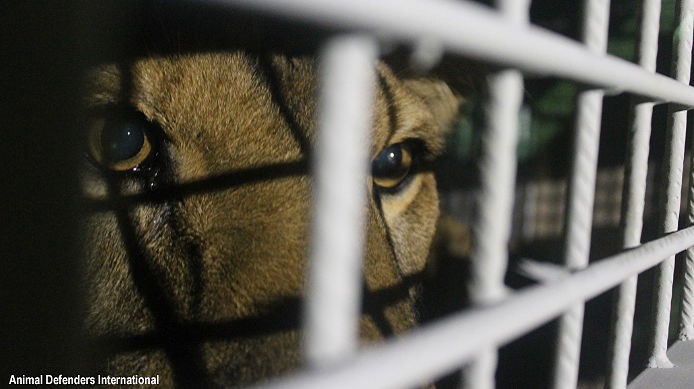 In their rehabilitation process, the felines will gradually be given more and more freedom in natural bush habitats.

Since they have lived in separate cages all their lives, they will be kept apart at first and then slowly introduced to one another in a bonding enclosure before being able to roam in the giant enclosure where they can peacefully retire.

The lion habitats will be steadily expanded over the coming months as the lions become familiar with their new life and are introduced to each other. 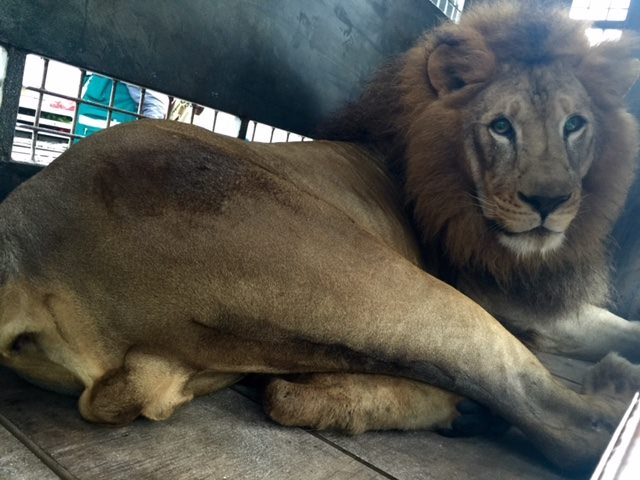 But it's the photos of their arrival in their new home which are so moving. Below is a photo of one of the first lions to arrive who immediately rubbed against a tree "for the first time in his life", according to Animal Defenders International. 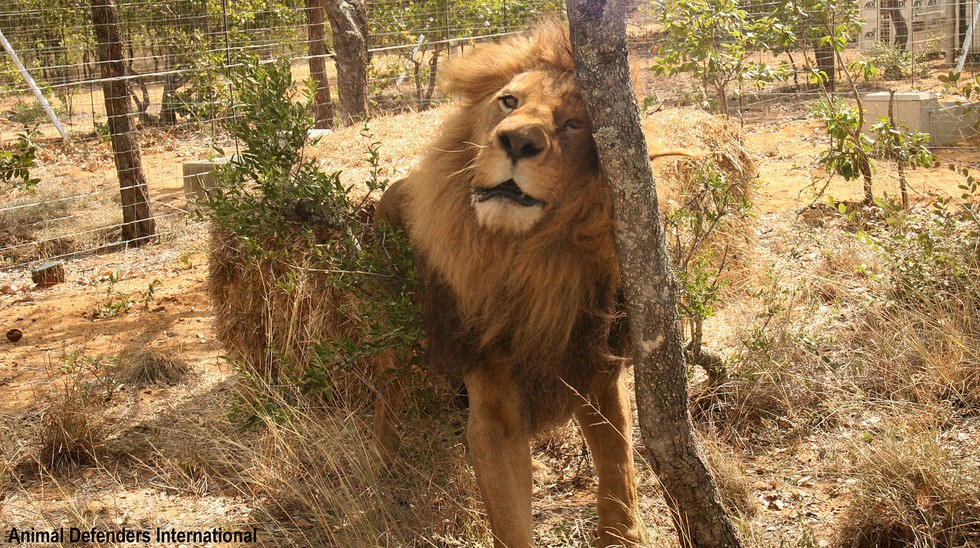 "I am so grateful to have them here finally, it's a dream come true," said Savannah Heuser, who runs the Emoya Big Cat sanctuary. 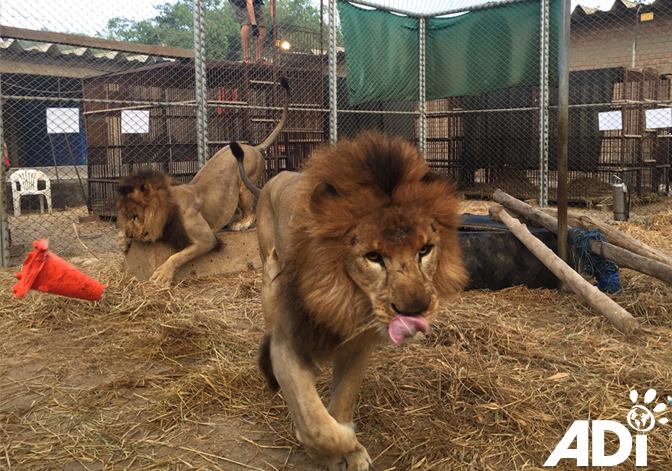 Watch some emotional footage of their rescue here:

To help give these beautiful creatures lifelong care in their new home, you can make a donation to Lions Back To Africa.