Cola is a living miracle.

The two-year-old German Shepherd was heartbreakingly disfigured in Bangkok, Thailand, in May, by a man who could no longer stand him playing with one of his shoes.

The man cut off the animal's two front paws with a sword as punishment in a fit of rage, leaving the poor pup on the brink of death in absolute agony. 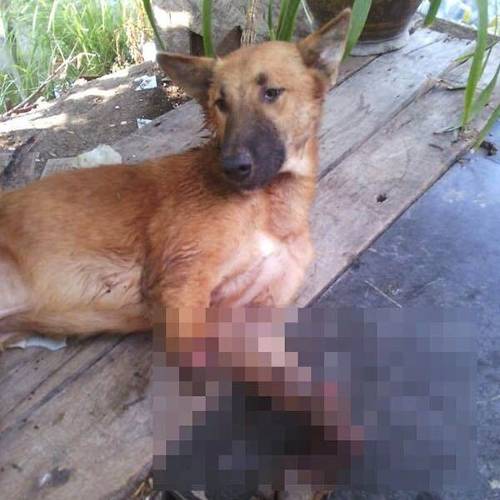 Luckily, Cola was quickly taken in by Soi Dog, an organisation working to care for stray, abused animals in Thailand.

The dog was rushed to a private clinic in Bangkok, where he underwent a series of operations before just recently receiving special made to measure prosthetics to enable him to walk normally once more. 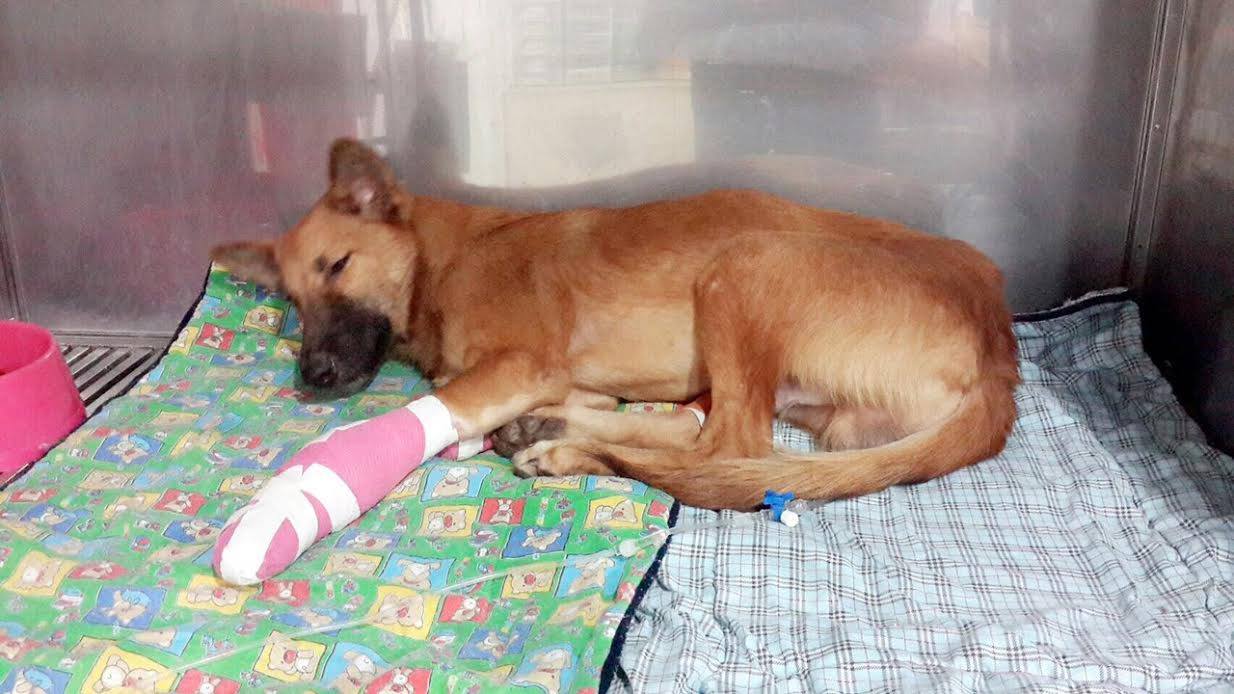 It was during the recovery period that he met Soi Dog cofounder Gill Dalley, who is also an amputee.

This passionate animal rights activist lost both legs in 2004 after contracting a serious infection from saving a dog from a flood. 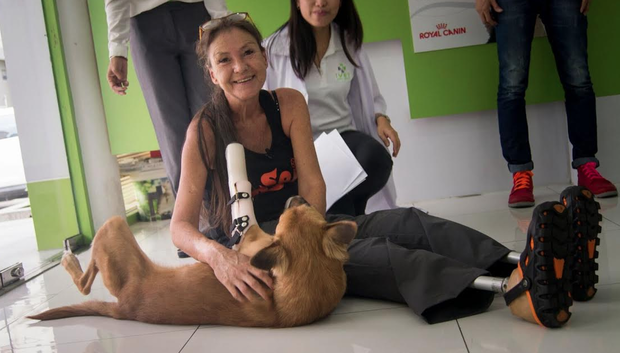 Gill Dalley was deeply moved by Cola's incredible strength and resilience and decided to take him in.

Gill too uses prosthetic legs and as synchronicity would have it, formed an immediate bond with Cola and has now adopted him.

In this viral video which was published by Soi Dog in July and has already been viewed more than 7 million times, watch Cola walking with his prosthetics by his new mum's side, full of energy and joie de vivre:

After having his two front legs hacked off with a sword, Cola shows the world he can rock prosthetics!

Please join the Emergency Response Team today so that other dogs like Cola can be given the lives they deserve. Click here -> ert.soidog.org/cola to join now.

"After all that Cola has suffered, he's got loads of love to give and he looks so happy. I can't imagine the trauma he went through, but thankfully it hasn't damaged his spirit. Cola you are an amazing dog", is just one of the many comments. 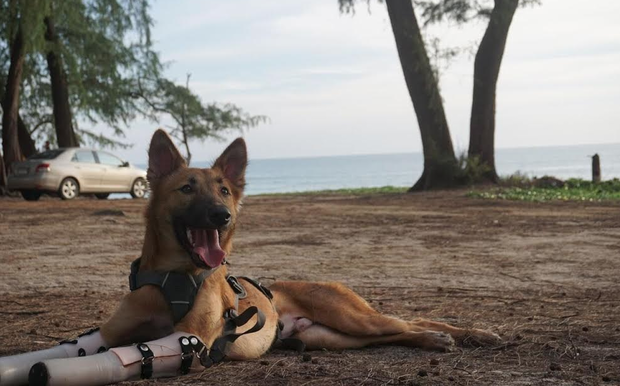 His torturer has been sentenced to a month in prison. It may seem a rather pathetic punishment but according to Soi Dog, it's a good sign of things to come. The organisation explains on their Facebook page:

While this is incredibly lenient, it is important to remember that had this barbaric attack taken place two years ago, the perpetrator would have not faced any charges.

Thailand introduced its first ever Animal Welfare Law as late as 2014. 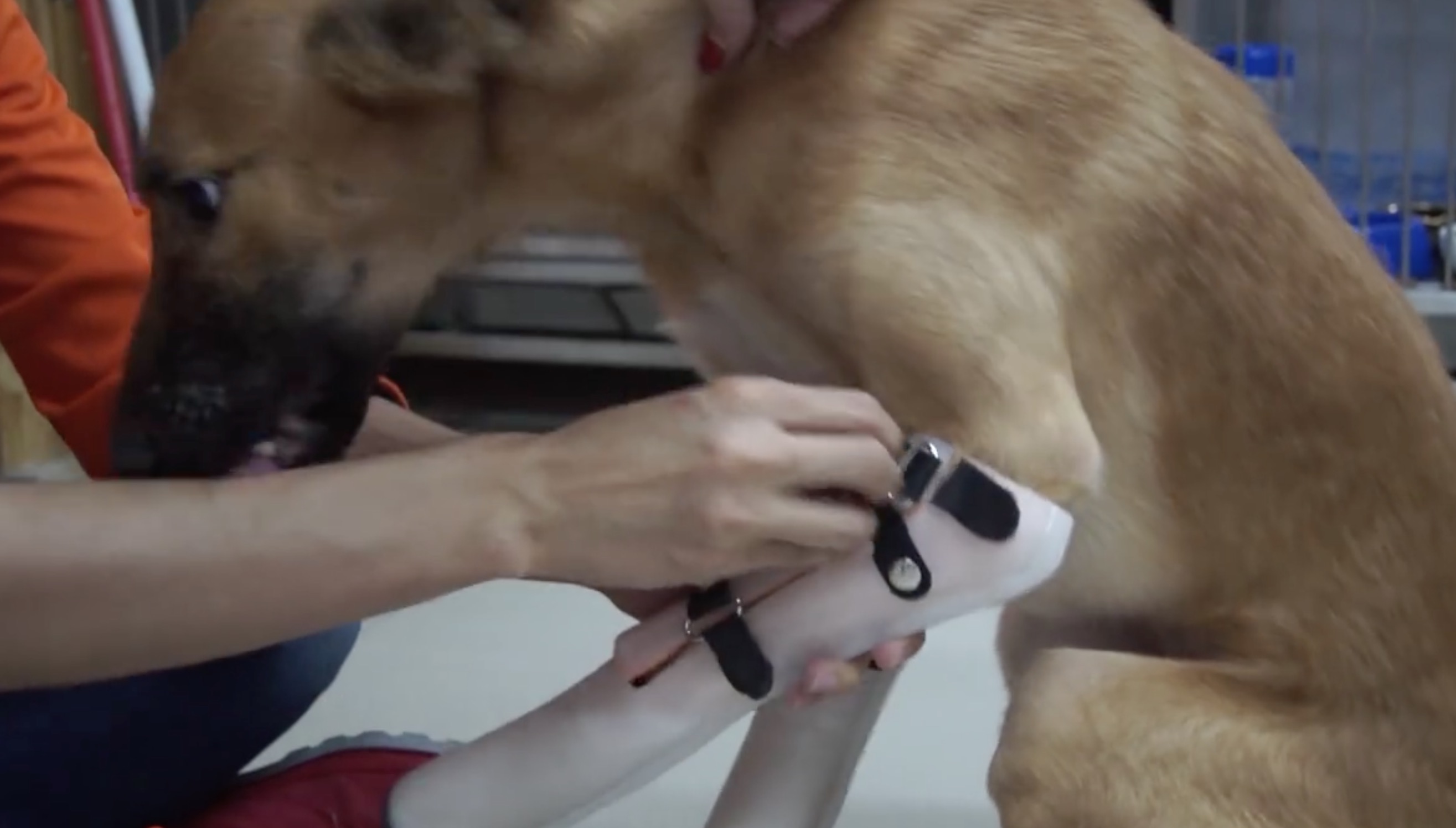 Today Cola is finally in good hands and is showing his generosity and determination more and more each day.

Though he still has a way to go, the organisation's medical team are certain he'll soon make a complete recovery and will live out the rest of his days, happy and fulfilled.

WANT TO SEE SOMETHING JOYOUS? https://ert.soidog.org/cola

After having his front legs hacked off with a sword for chewing a pair of shoes, Cola showed the world he was a survivor.

Watch Cola now using his new prosthetic legs during a walk on the beach with Soi Dog co-founder Gill!

To read Cola's story in full, and see the moment he first showed us he was a fighter, visit https://ert.soidog.org/cola

Click here to find out more about Soi Dog's work and support what they do.