The Save Movement was born in December 2010 and now comprises over 170 'save groups' all over the world. Their aim is to bear witness to the cruelty that animals endure when heading to slaughter to inspire change. 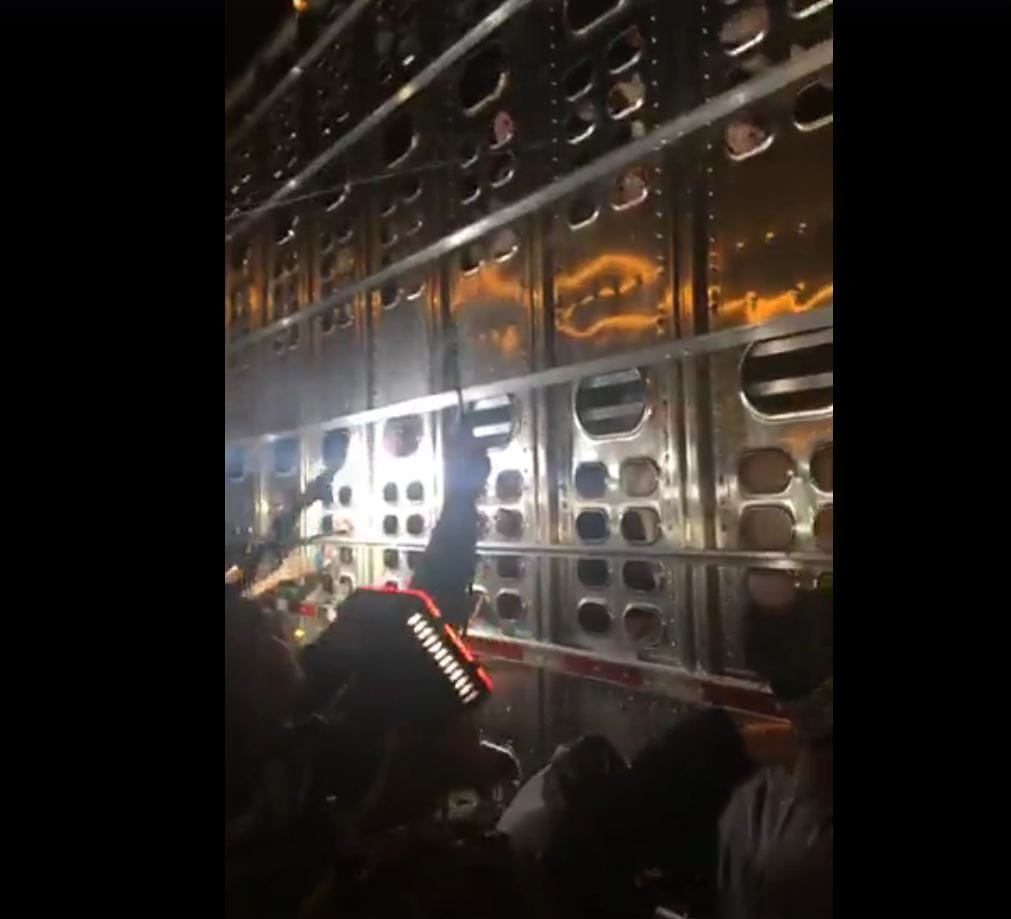 On June 26, a vigil was organised by Los Angeles Animal Save to show how pigs are treated on their way to slaughterhouses. Local residents made their way into the streets to watch a truck driving through the streets with hundreds of pigs inside.

The animals were clearly suffering, trapped in the boiling sun for hours with nothing to drink. 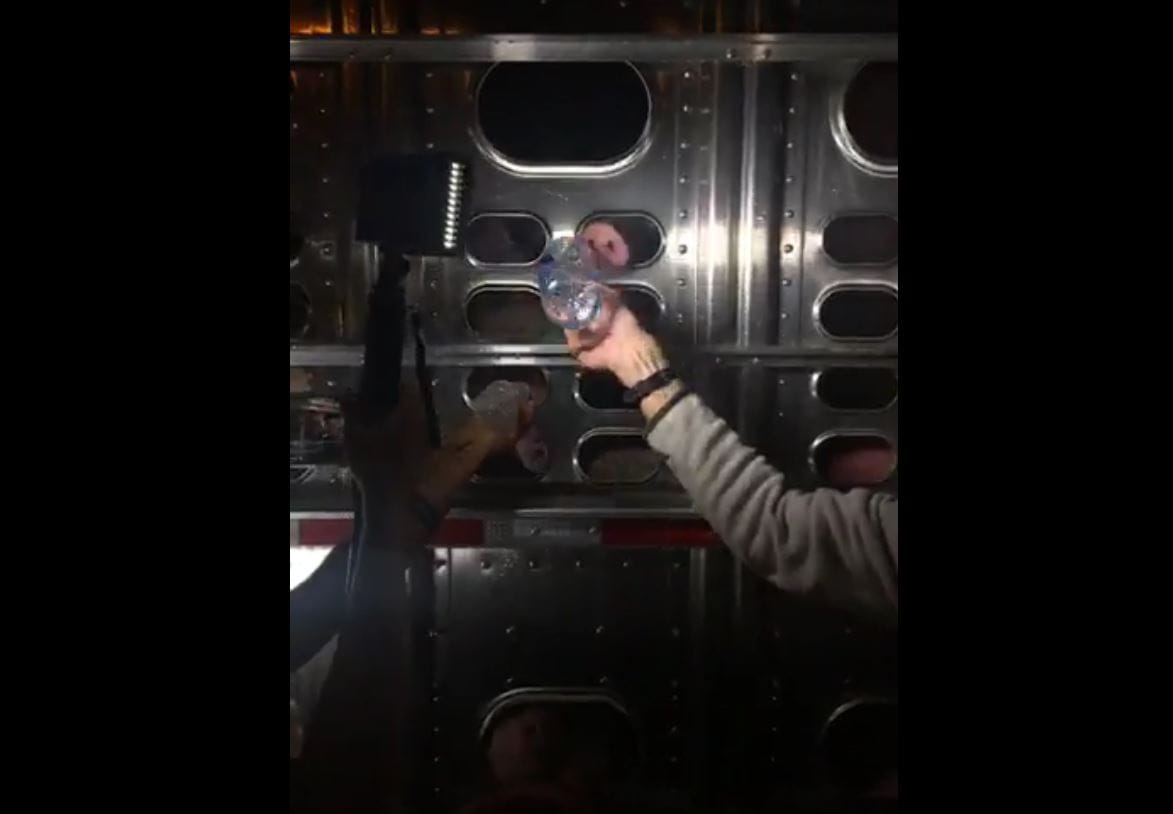 In a final act of kindness, they offered the animals water through their tiny cages. Tiffany Hamilton, who participated in a vigil in January explained on Youtube:

Pigs cannot be fed for 24 hours before transport and can be transported for days without adequate food and water. 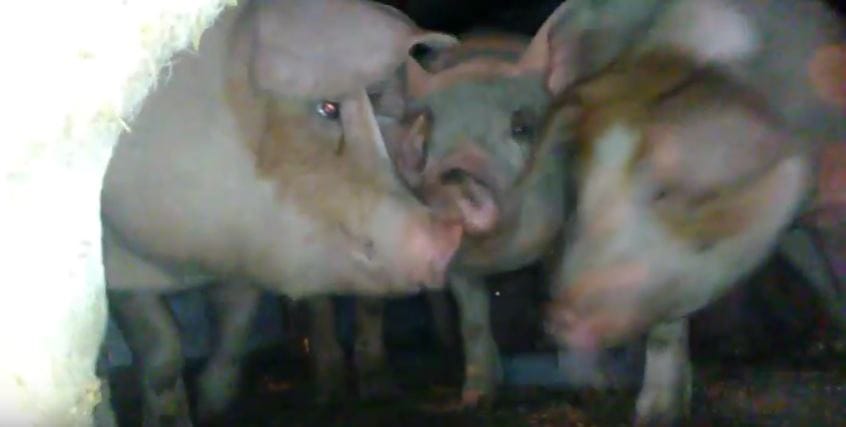 The Save Movement bears witness to these upsetting events in order to raise awareness and to inspire change and activism on behalf of these animals.

They made the headlines before in June 2015, when Canadian Anita Krajnc was charged with criminal mischief after taking part in a pig vigil in Toronto. 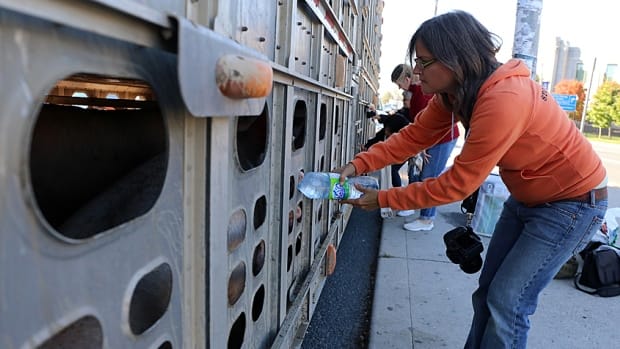 On this day, the brave woman, along with other lobbyists from the organisation Toronto Pig Save, stopped a truck transporting dozens of pigs for a few minutes, just enough time to give them a little comfort and some mouthfuls of water.

The truck driver and owner of the animals Eric Van Boekel informed the police, claiming the lobbyists’ actions put their own safety in danger as well as the safety of the “goods”. 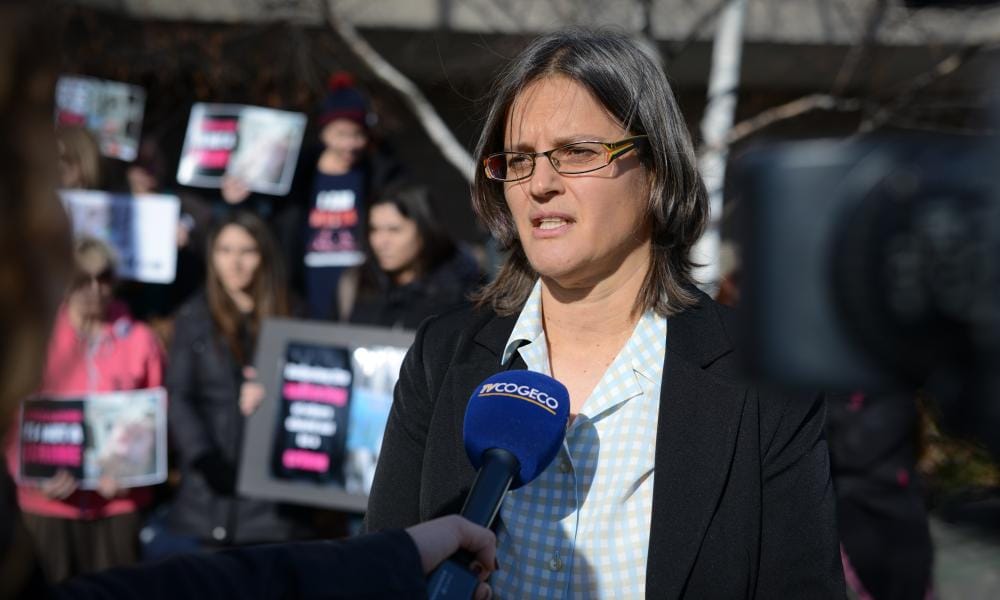 Luckily, the case was later dismissed by a judge after going to trial in March 2017 and Kranjc was found not guilty.

Save vigils take place every week all over the globe to offer these animals some last moments of compassion and dignity and this most recent example in Los Angeles is no different.

Watch the footage of the Los Angeles Save vigil below:

We're LIVE at the Los Angeles Animal Save vigil to show how pigs are treated as they're trucked to their deaths inside Farmer John in #LosAngeles.

Posted by PETA (People for the Ethical Treatment of Animals) on Sunday, 25 June 2017

To find out more about The Save Movement, you can visit their Facebook page here or make a donation by clicking here.