Hugo, a tiny four-week-old puppy, had a rough start to life. 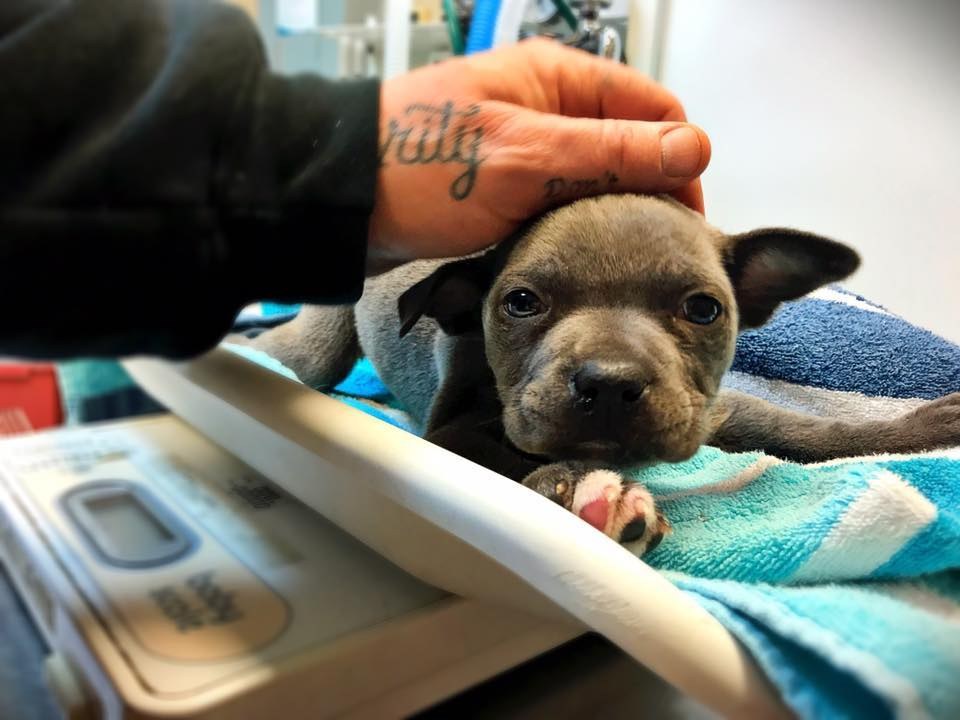 The animal was discovered near the end of 2016, incapable of walking, paralyzed in all four legs. Audrey Shoemaker, a member of the shelter who first took in Hugo, Fulton County Animal Services, guesses that the puppy was abandoned by a breeder once he realized his handicap. The illness, swimmer puppy syndrome, still little understood, causes a compression of the lungs and problems with the digestive system, which could have killed him if they hadn't found him just in time. 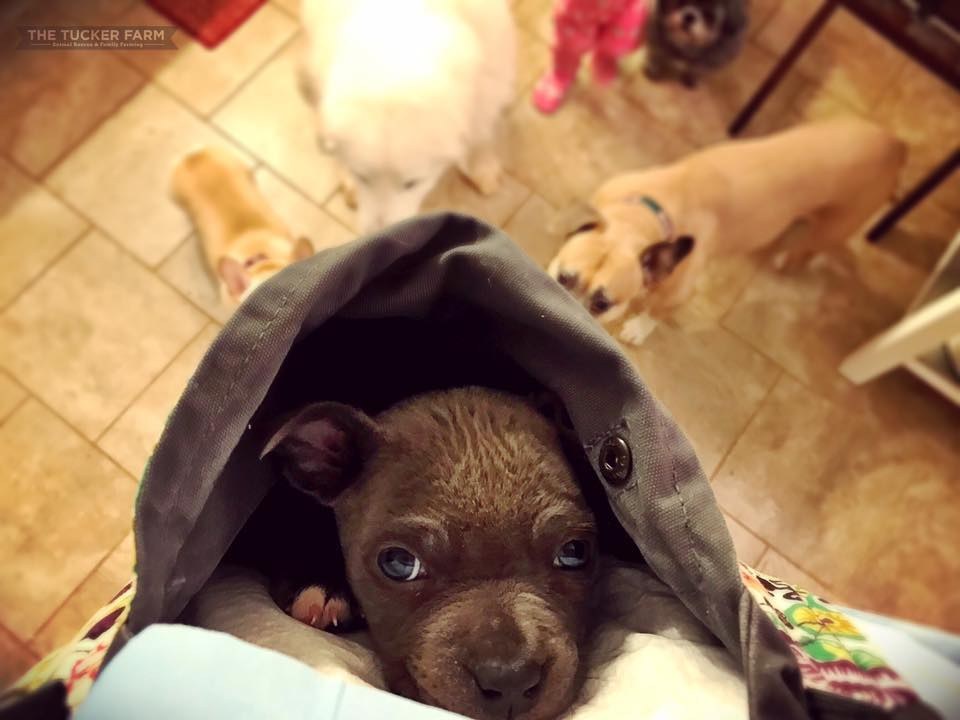 Audrey quickly realized that Hugo's place was not in a shelter, he was way too young. She called Jason Flatt the founder of the organization Friends to the Forlorn Pitbull Rescue, who gladly accepted to take care of the little pup. 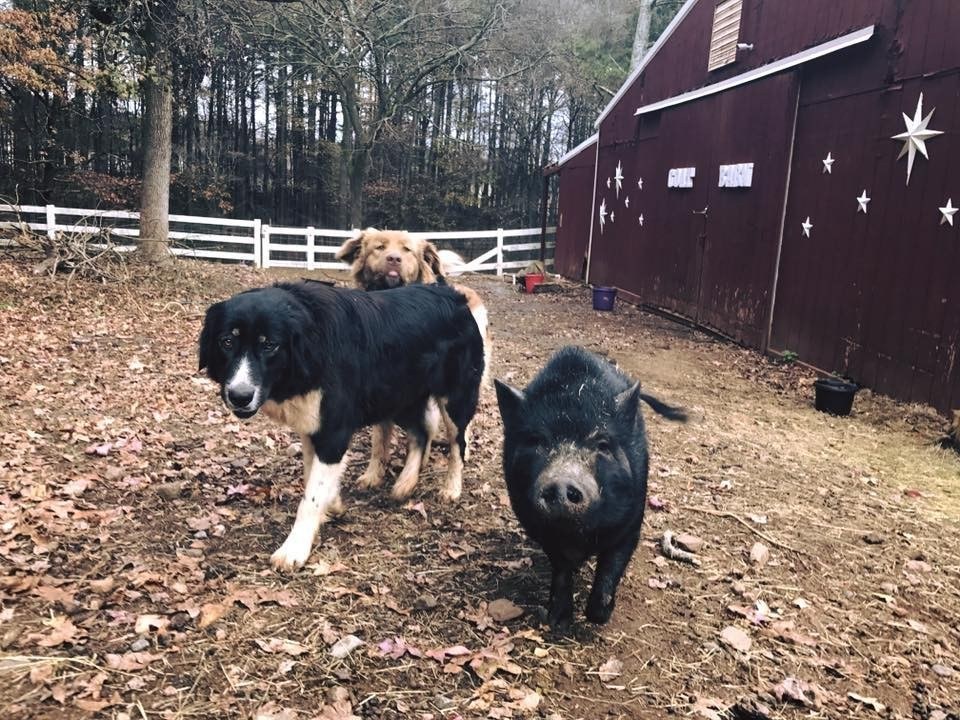 Finally, after his numerous travels, Hugo arrived at the home of his foster family, the LaBauve-Williams, who have small sanctuary close to Atlanta, The Tucker Farm.

Elizabeth LaBauve-Williams explained to The Dodo:

Although we've never rehabbed a swimmer pup, we were up for the challenge. There is a good chance he will never walk completely normal, but we are hoping he gets around enough for a good quality of life. 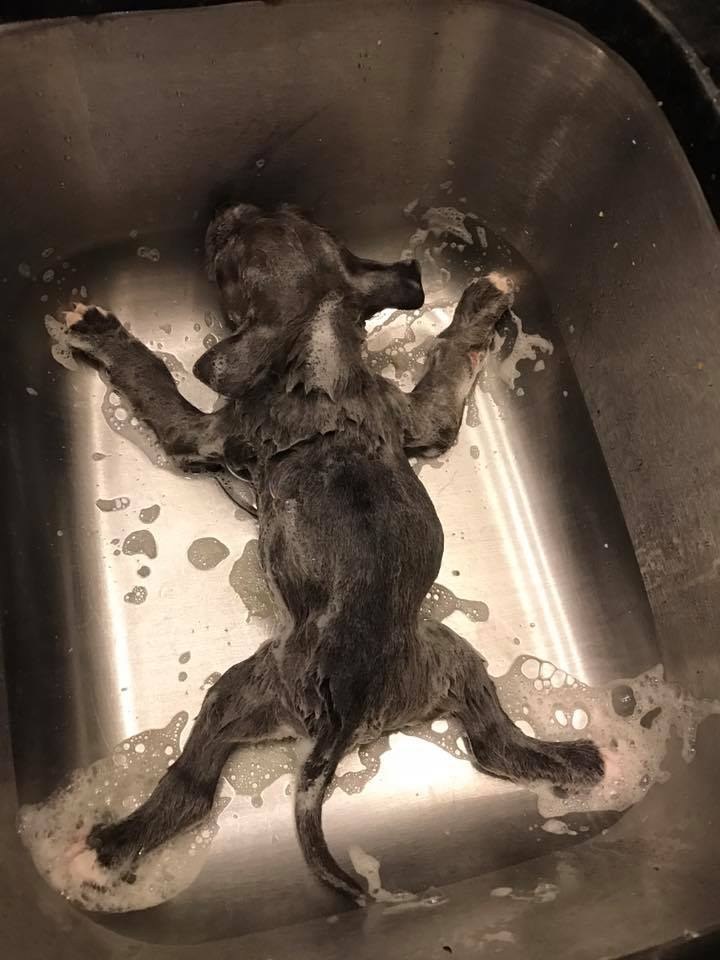 To help the animal in the process, he regularly receives massages and hydrotherapy sessions. Hugo can also count on Huppy, another dog on the farm, and Elizabeth's two daughters, Adelyn and Jane, are always ready to help the tiny puppy get around. 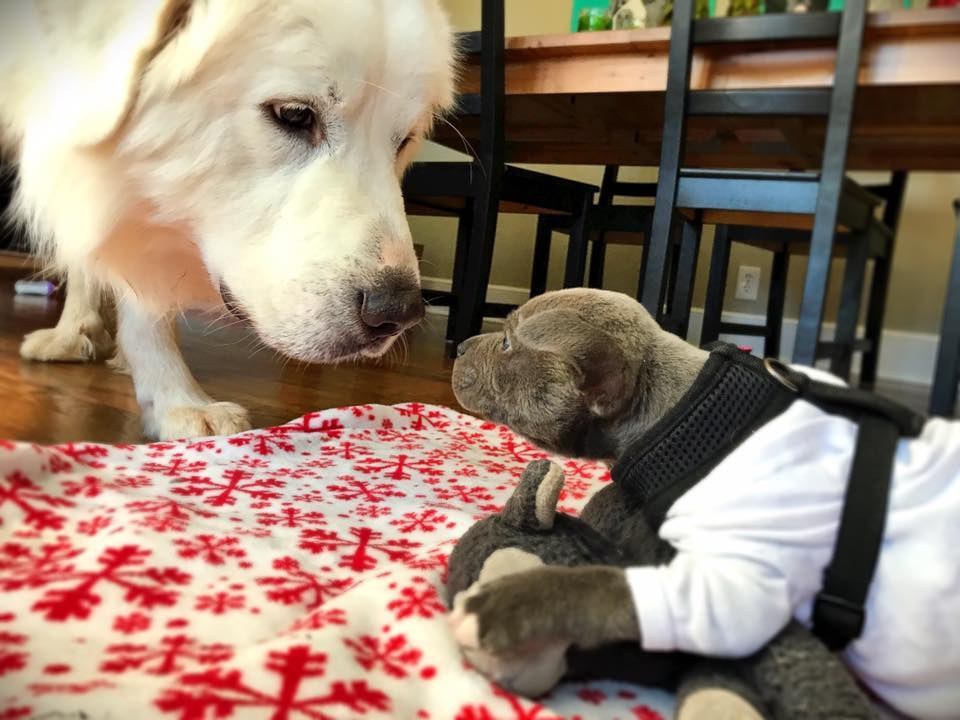 After just a few weeks, Hugo has made huge progress. The dog who wasn't even able to stand has since been able to take a few steps – even if they're shaky. Elizabeth continued:

He's a different puppy these days, feisty and so determined to walk. 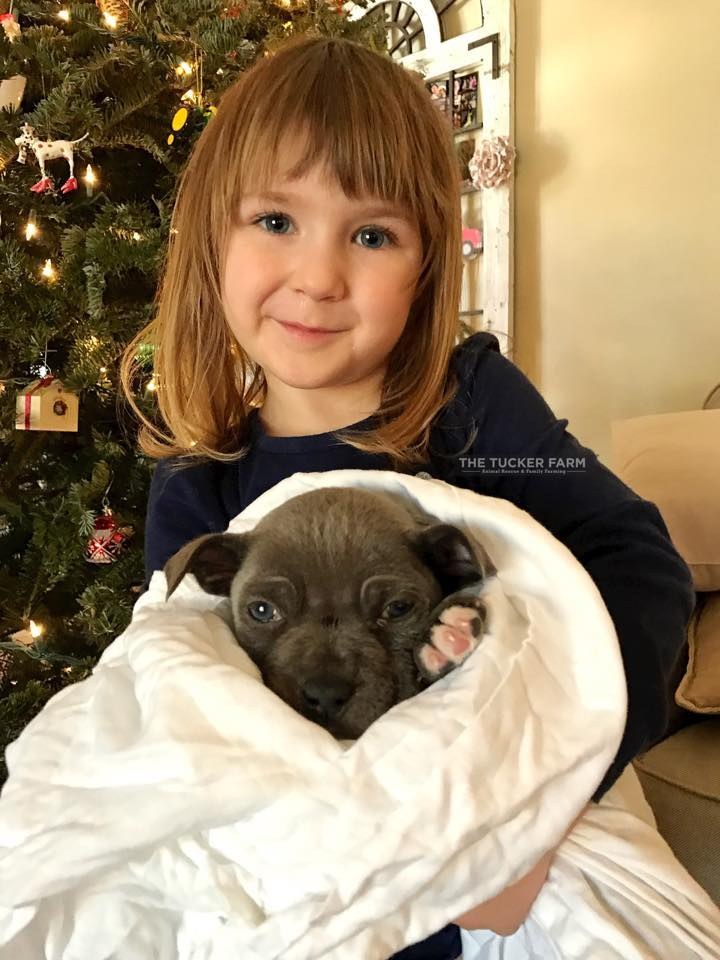 As soon as his therapy is complete, the pup will be put up for adoption. Without a doubt, the adorable fur ball will quickly find a new home.