The rescue team at Animal Aid Unlimited India devotes their time to saving injured or sick animals. They pulled off another incredible rescue, this time involving an injured street dog stuck in a storeroom, and they shared their efforts in a heartwarming video this week.

The dog couldn't walk properly, he had an eye infection and was very thin and dirty. He dragged his back legs along the floor in an attempt to walk. 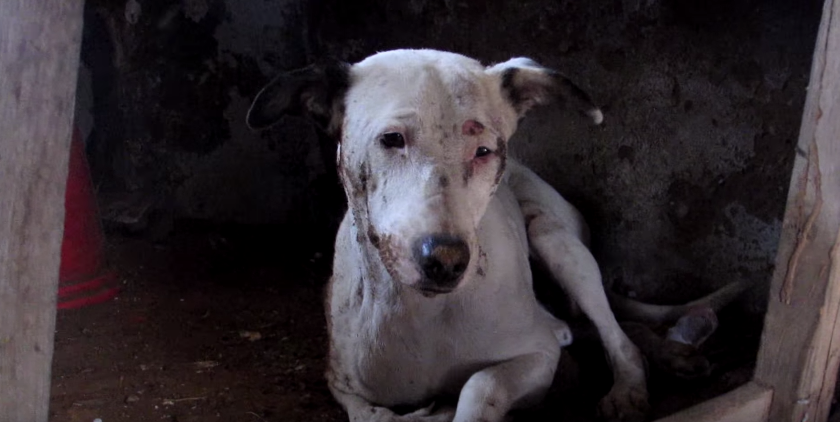 The rescue team decided to wrap him in a blanket to make him feel less scared, and then carried him out to the truck. 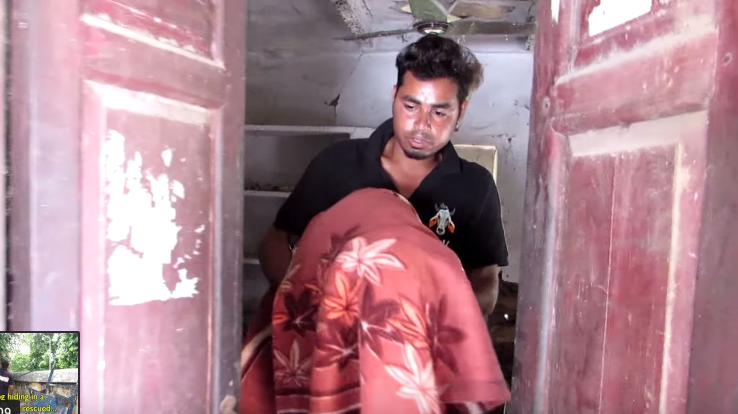 Upon arrival at the rescue shelter, they named him Alby and he was given a medical examination. They found what they suspected to be spinal trauma, a possible cause for his inability to walk properly. Luckily, there were no broken bones. 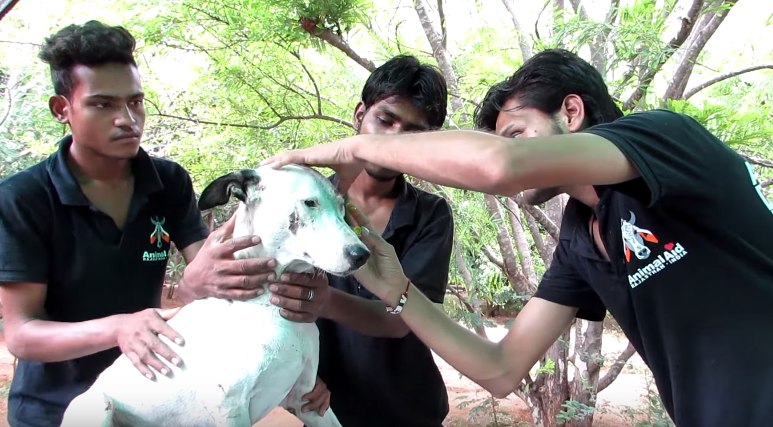 After 10 days of treatment at the shelter the pup was doing much better but still unable to walk properly. 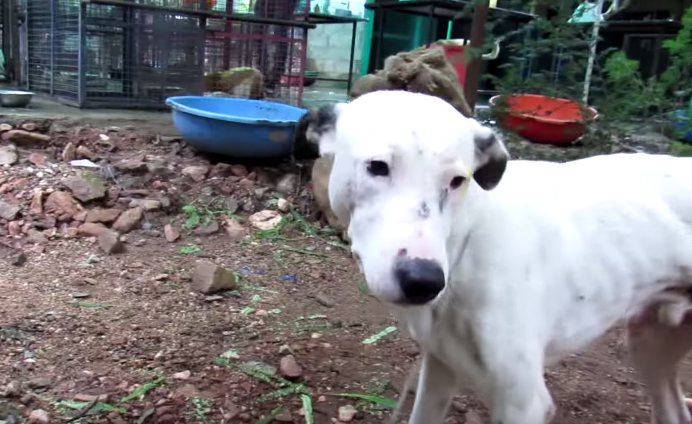 He then underwent one month of physical therapy and the transformation is incredible. This is no longer the same dog that was found lifeless and injured in the storeroom. Thanks to Animal Aid Unlimited's care, Alby is now a playful dog who wags his tail, loves his rescuers and can walk, run and even jump! AAIU explains the treatment on its website:

We limited his activity, gave him daily anti-inflammatories, plenty of rest, nutritious food and –never to be forgotten–affection and love. And just look at Alby after his month of intensive therapy!

Watch the moving video below.

Beautiful recovery of dog unable to walk from spinal injuryWhen we found Alby laying unable to stand in the filth and decay of an abandoned store room, his forlorn look of confusion and extreme sadness told us he had probably been lying there for several days. Though his spine was injured and his hind legs were unable to bear weight, this boy must have dragged himself into the darkness to hide. Alby is a street dog who looked like he had probably been hit by a car or suffered a blow to his back. Neighbors called us to the rescue when they saw that he couldn't get out of the store room where he had crawled to in fear. How in the world did he make it all that way after such a harrowing blow? Even adrenaline isn't enough to propel an animal or a person who has had spinal cord damage. Many dogs who are hit by cars suffer permanent hind leg paralysis if their spinal cord is damaged. But Alby is extremely lucky. We limited his activity, gave him daily anti-inflammatories, plenty of rest, nutritious food and –never to be forgotten–affection and love. And just look at Alby after his month of intensive therapy!
Please donate–so that they can be happy again : www.animalaidunlimited.org/how-to-help/donate

Click here to donate, sponsor or volunteer at Animal Aid Unlimited India and support the team in their life-changing rescue missions.