Last week, Max, a 1-year-old American Bulldog-Pit Bull mix, was abandoned by his human and left stranded in the basement of an apartment building in New York, U.S., reports The Dodo. 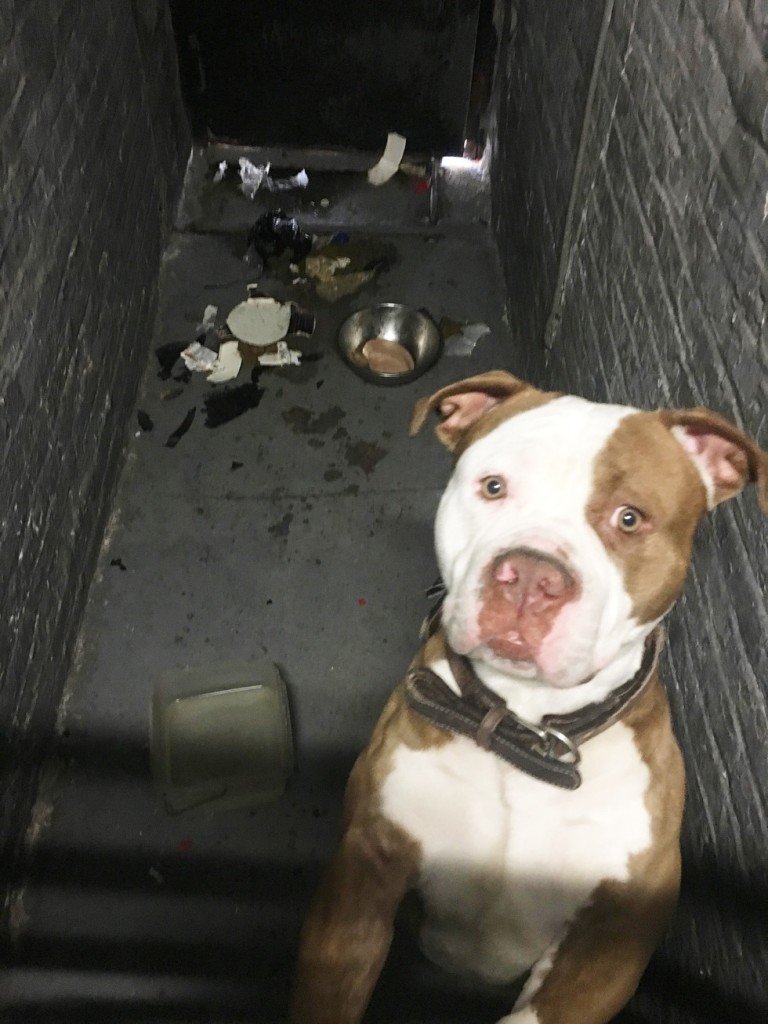 His former owner had clearly moved out and decided his dog wasn't coming with him. Instead of finding someone to look after Max, he decided to leave his dog behind where he thought no one could ever find him.

So Max was discovered in a cage of his own filth in the damp basement of the apartment building, deprived of any human interaction or even light. 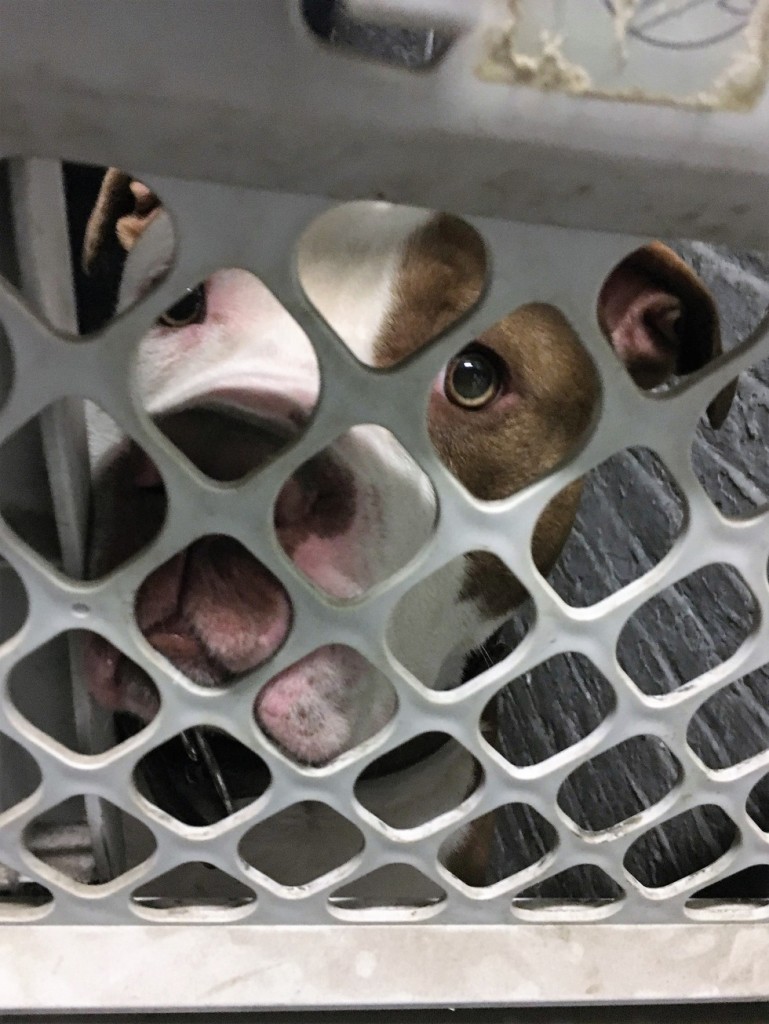 But luckily, Tamir Shmerling, who lives in the building, found the dog and took him up to the outside world to give him some cuddles as well as some food and water. 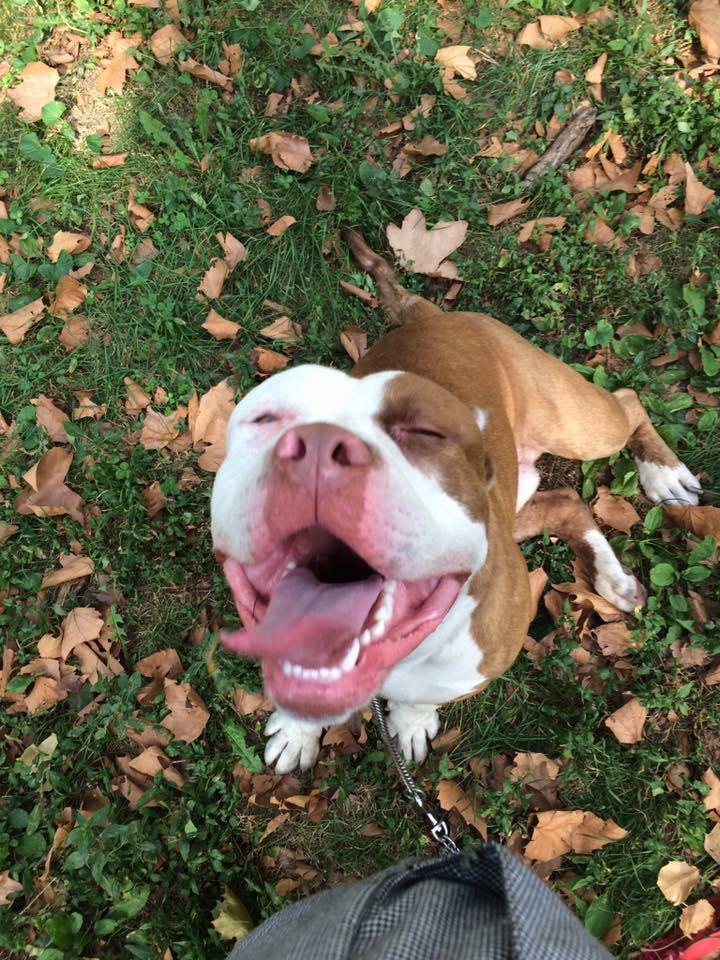 And Max couldn't be happier if he tried. After all, he'd never known human affection. 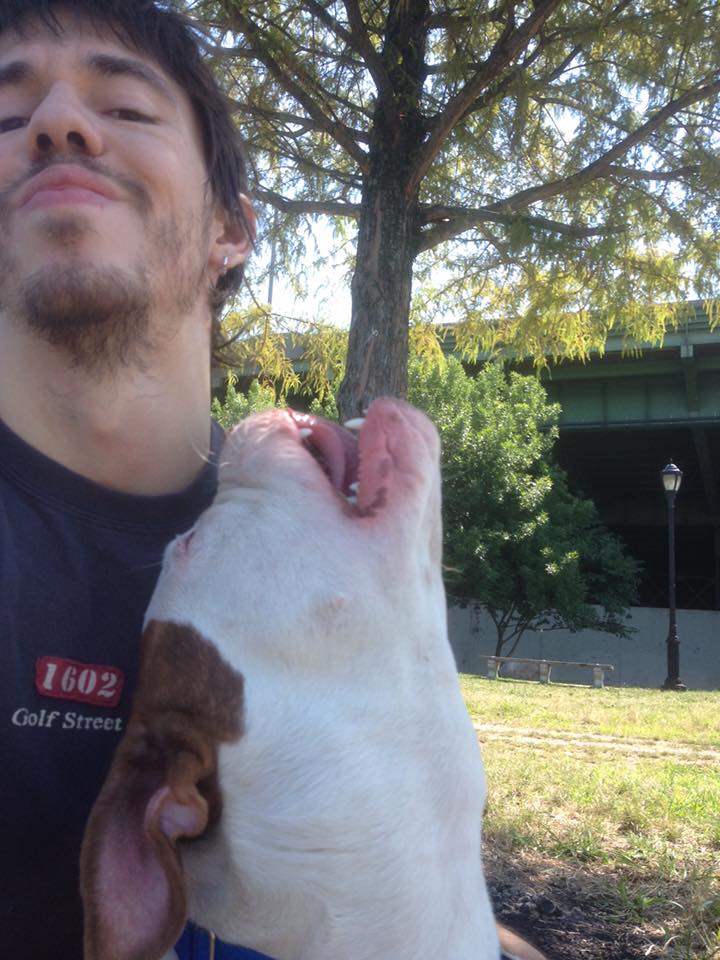 Shmerling couldn't take care of the dog but there was no way he was taking him back to his horrible existence, so he shared a post on Facebook, desperate to find the adorable dog a home.

Within 24 hours, his story had spread across social media thanks to The Dodo's help, and hundreds of rescue groups offered to help him.

But it was Elli Frank, founder of animal welfare association Mr. Bones & Co. and Rescue the Runway, that was there to save him. The two of them bonded immediately. 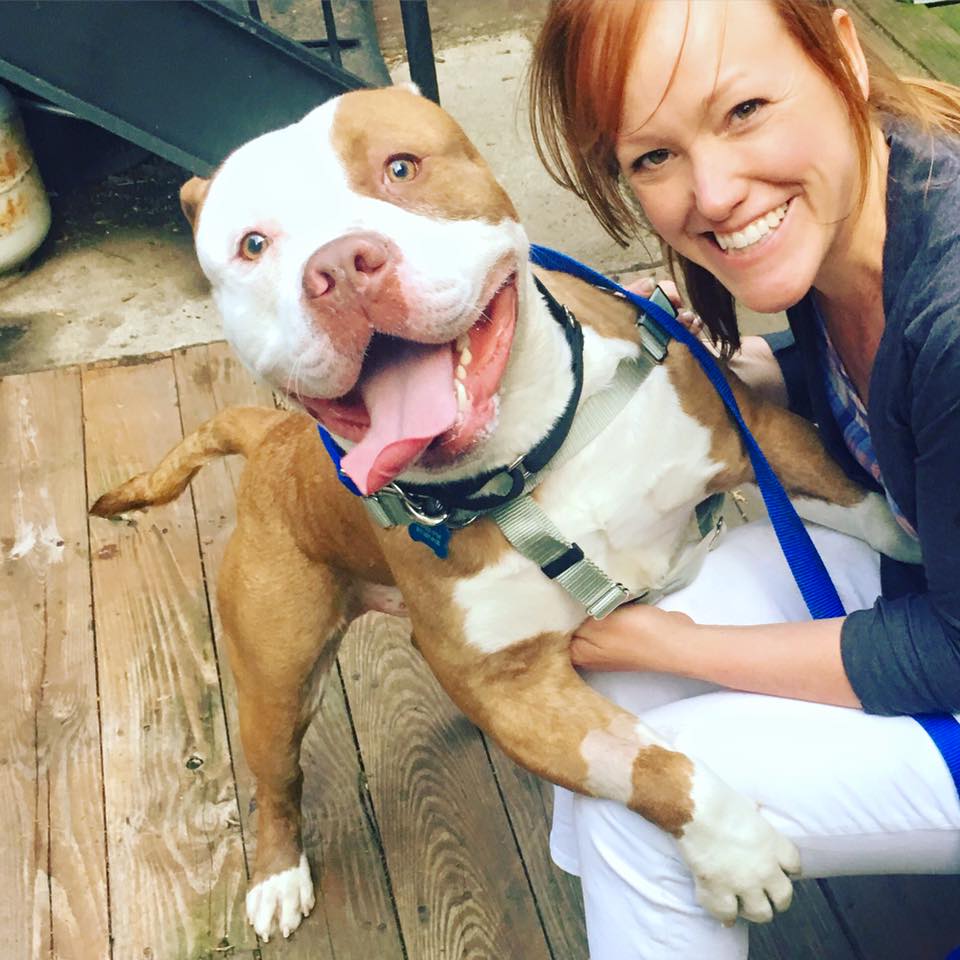 Elli Frank explained to The Dodo:

He gravitates toward people and wants to give you everything a pit bull is known for — loyalty and love. That American bulldog in him makes him a little more oaf-y and like a gentle giant. I literally love him.

Frank and Shmerling took Max to Pure Paws Veterinary Care in Brooklyn, NY, where he was spayed and considered in good health. 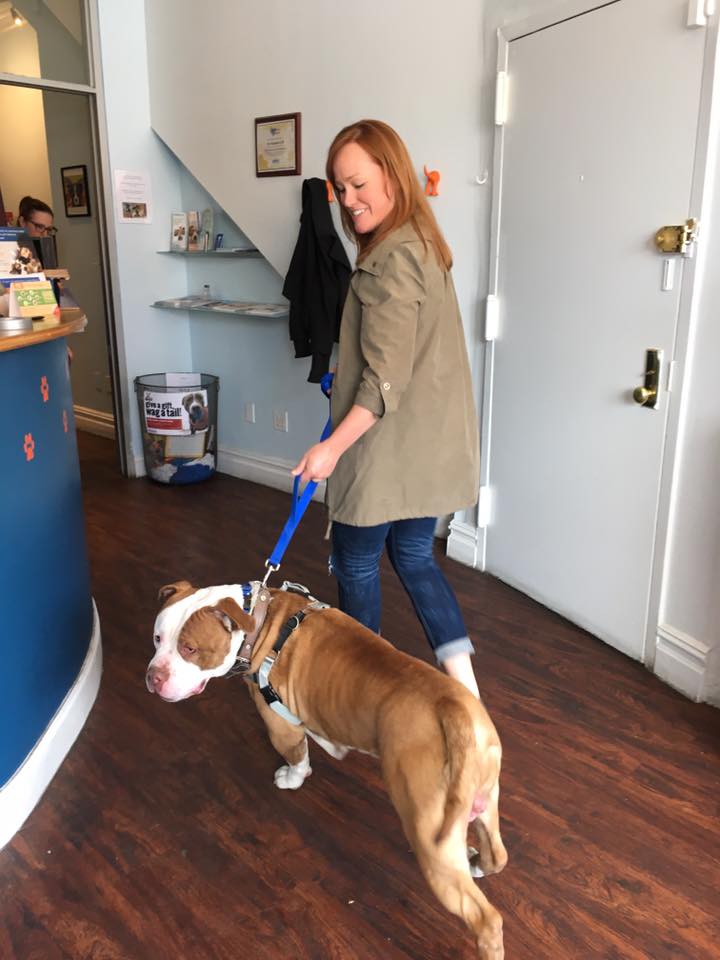 Having never known kindness in his life, Max just wants to make friends with everyone he meets… Even the other dogs at the vet! 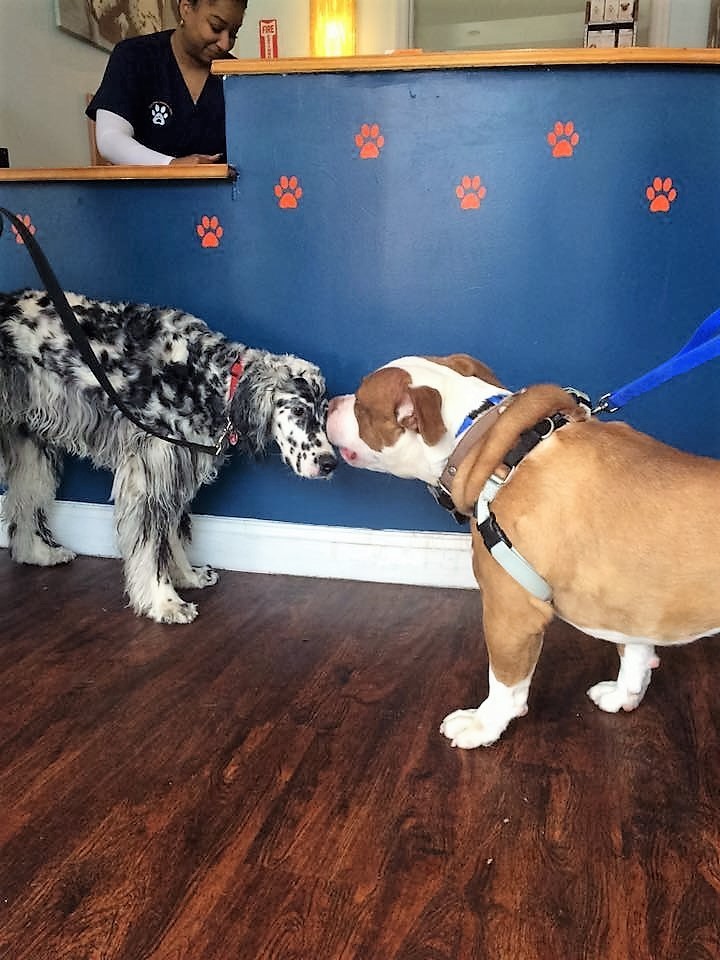 Since being at Mr. Bones & Co. for a week, Max has found a foster family! We hope it turns into a forever family, but whatever happens, we'll be sure to update you.

The Dodo have set up a fundraising page to help with Max's medical bills so please donate even the smallest amount if you can. 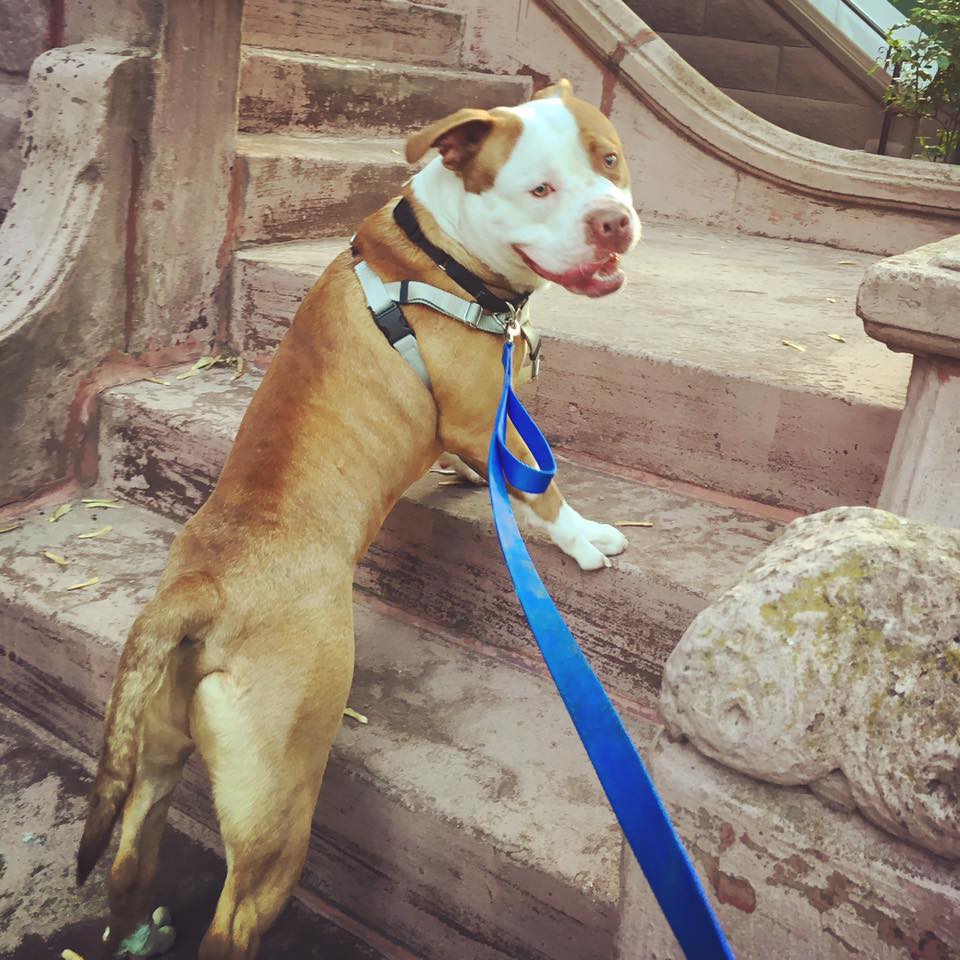 For now, we want to thank Tamir Shmerling for discovering and rescuing the dog in the first place and Elli Frank for finding him shelter - Max is one very lucky pup!

We are so thankful to Tamir and @thedodo for being the voice of a very special dog. Please meet the newest member of our One Lucky Pup rescue and adoption program, Max! Max has spent his life (estimated to be a year) living in the basement of an apartment building in NYC. When he was abandoned by the building's super, Tamir stood up and took action. This 90lb. teddy bear is now well on his way to a life well lived! He is being neutered and vetted for the very first time today, and will stay with the compassionate care team at Pure Paws Veterinary Care for the next two days. If you can open up your heart and home to foster or foster-to-adopt Max, and you live in NY, NJ, CT or some parts of PA, MA, VT, MD, VA, please fill out our application at www.mrbonesandco.org Rescue is the New Black.® #AdoptMaxMBC #RescueistheNewBlack #OneLuckyPup #americanbulldog #pitbull