Gary Stokes is the director of Sea Shepherd Conservation Society Southeast Asia, and he recently witnessed as shipments of shark fins were offloaded from a 45 foot container in Hong Kong, reports The Dodo. 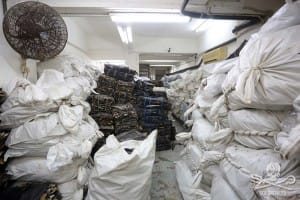 He said he knew immediately what it was, because of the smell, which he describes as "cat pee on steroids." 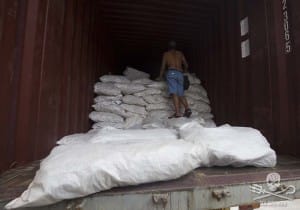 Hundreds of thousands of shark fins are being shipped into Hong Kong each week, Sea Shepherd revealed after a 3-month investigation. This news is especially disturbing as the carriers are companies who have made 'No Shark Fin' carriage ban commitments and proved to be in support of the banning of the trade. 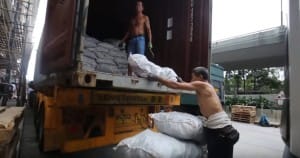 The products are still being passed under the false declaration of "marine products" or "seafood", and customs does not inspect each shipment. 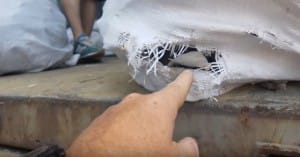 These companies include Maersk, Virgin Australia Cargo and Cathay Pacific, who all previously placed embargos on the carrying of shark fins. Stokes said:

It's a gut-wrenching feeling. As a diver, the chance of seeing a shark on a dive is just so slim — it's amazing if you get to see one. And then here, I'm seeing hundreds and thousands of dead sharks right in front of me, and I think, 'How is it possible that there are any left in the ocean?' 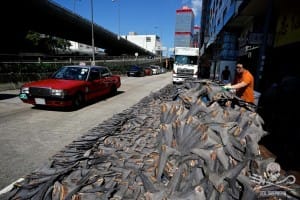 Shark fins are dried and sold in markets in China and it is also a key ingredient in the traditional shark fin soup. It is a very expensive and coveted ingredient, and the supply is small, which is why people go to such great lengths to smuggle shark fin into China. A bowl of soup can cost up to $100 in some restaurants or hotels. 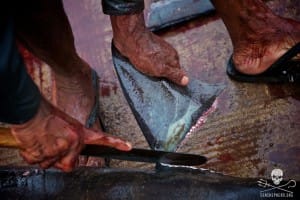 It is estimated that 73 million sharks are killed each year for their fins. The cruel way to kill them involves cutting off their fins and dumping them, still alive back into the ocean – where it will be just a matter of time before they slowly either bleed, starve or suffocate to death. Joanna Grossman from the Animal Welfare Institute said:

Fins don't grow back, so once these animals have been mutilated, they're no longer able to swim, and if they're not moving, their gills can't function and extract oxygen. 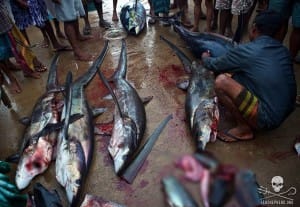 While numbers have significantly dropped in the past years and most major shipping companies have committed to stop transporting shark fins, it is clear that the trade will not be stopped until the demand runs dry. 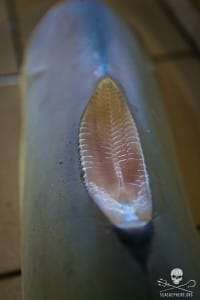 The best way to stop the killing of millions of sharks is for the consumers to stop buying shark fins. Once the demand stops, there is no more business. 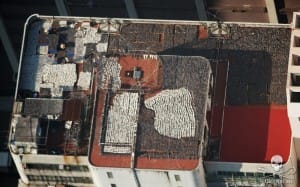 According to the Convention on International Trade in Endangered Species (CITES), certain species of shark are at risk of extinction because of finning and overfishing. Stokes knows the risk:

When you see a container full of shark fins that hasn't even been checked by customs, you wonder, 'How many endangered species are mixed in with those legally caught sharks? 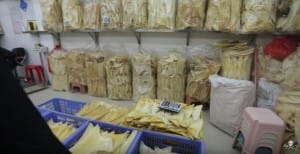 If you would like to add your voice to the fight to stop the finning and consumption of sharks, you can sign this petition or donate to Sea Shepherd Conservation Society. 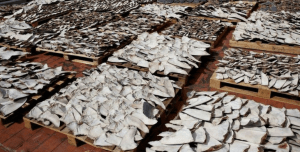