In May 2017, a new, shocking 'trend' was revealed to the world in an article published by The Dodo. In China, some people have been seen using dogs of all breeds and sizes to pull them along in carriages. 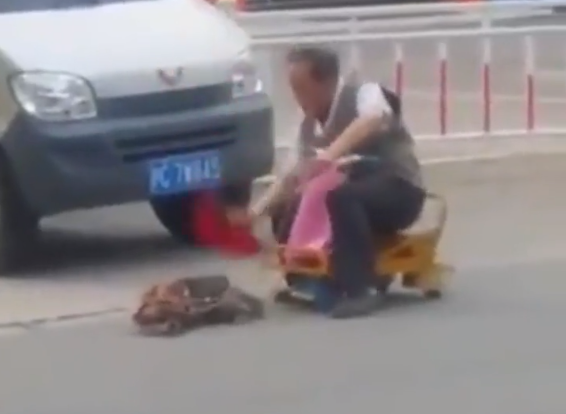 A video published on Chinese social media showed an old man sat on a tiny cart, being pulled along the road by a small dog, who is clearly struggling with the weight. When the dog flattened herself to the ground, exhausted, her 'passenger' started to beat her, violently. Instead of spurring her on, this made her cower in terror, which only got her more beatings.

Understandably, the distressing images provoked a wave of outrage from animal lovers all over the world, which attracted the attention of PETA's Asian branch. The organization's members managed to identify the supermarket seen in the background of the video, letting a couple of volunteers, including "Miss Guo" to find the dog's location:

Within an hour, we heard back about the specific location. It was amazing, really. We then rushed to that particular branch. At the scene, we asked a guy if he knew the man and where we could find him, and he suggested the area where the man lived. When we got close, someone took us to his apartment. 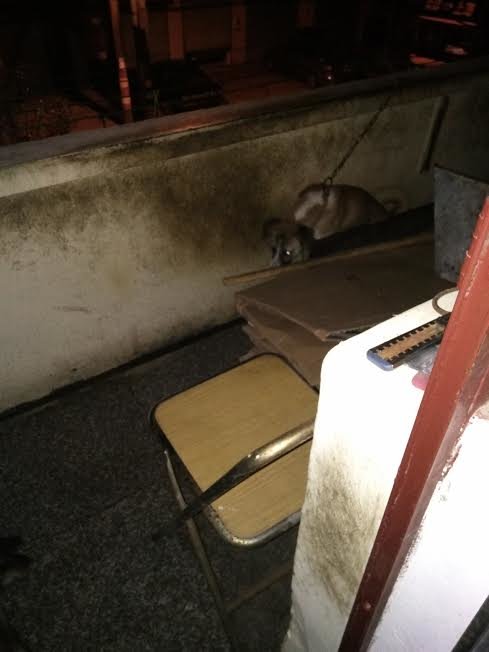 After asking the neighbors some questions, the investigators discovered that the man had 2 dogs, not just one. They tried knocking at the man's door several times before he answered. "We nicely explained that a video showing him beating his dog was being watched all over the world and that he should be ashamed," Miss Guo remembers. 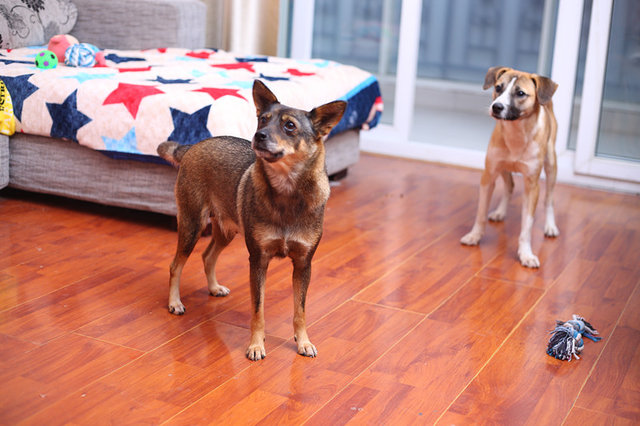 At first, the man refused to hand over his dogs, but the volunteers didn't give up and, finally, he relented. The two canines were found chained up on the balcony with no access to food or water, and so were immediately confiscated and taken to a safe place. The next day, they were very excited to go on their walk:

This was their first walk as free dogs, and they really enjoyed exploring and smelling new scents.

They were renamed Sugar and Bean by their rescuers before being placed in a foster home. In just 15 days, they were like brand new dogs:

They were wary at first, and still in the early stages of learning things, like how to trust humans, walk on leashes, and believe that they would have food to eat when they were hungry. We saw a lot of changes in the first two weeks. 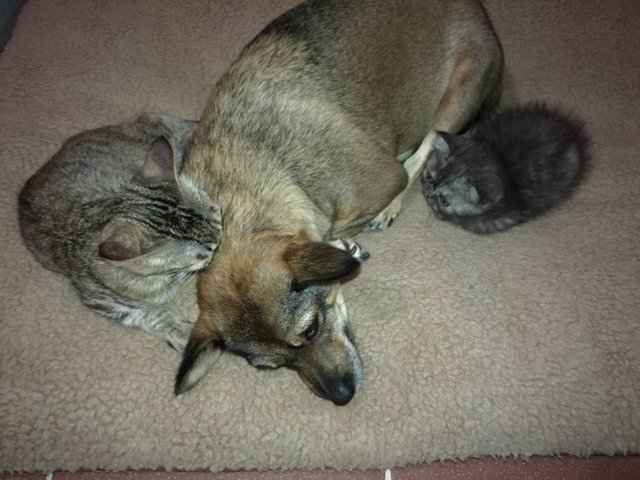 The two dogs were then put up for adoption and, happily, quickly found a new, loving family to help them forget their terrible past.