The cold winter weather has hit Europe especially hard. Even places which don't normally experience these kinda of temperatures have been suffering.

However, for stray animals there is no escape.

At least there wasn't until Selçuk Bayal opened his doors, reports The Dodo. He owns a small shop and cafe in Istanbul, Turkey, and the animal-lover often helps strays in the neighborhood. 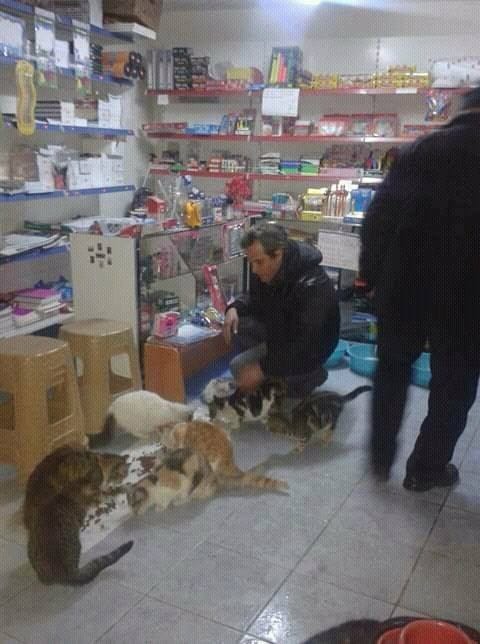 He went the extra-mile for the cats in his area by opening his shop to all the felines stuck out in the cold. He feeds them and lets them lounge in front of the heaters. 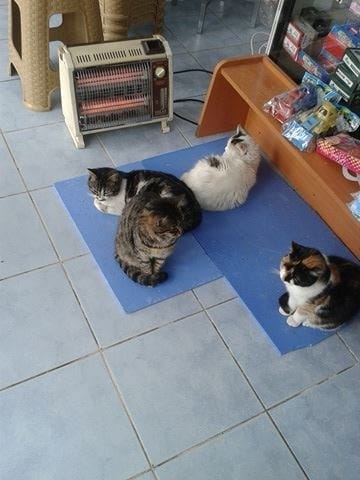 They are grateful for any kind of help. The cats' glances tell us that they are thankful. Our doors are open to all living creatures — hungry cats, dogs, and even people. It does not matter.

Some of his patrons are not too happy with the animals roaming the cafe, but that hasn't stopped Bayal.

He even put up a sign which reads "Those who are bothered by cats, do not shop here!!" 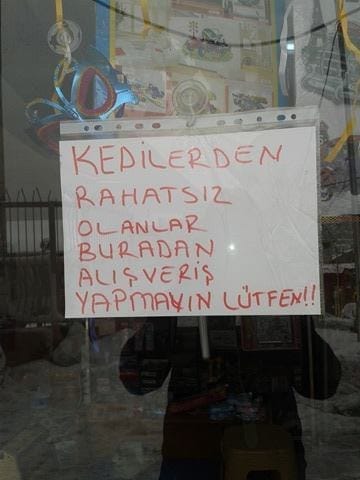 Animal activists everywhere are singing his praises, and for good reason. Despite the deadly cold, the cats of Istanbul know they're safe from the elements.

SIn The Middle Of A Winter, This Shopping Center Offers An Amazing Surprise To Stray Dogs 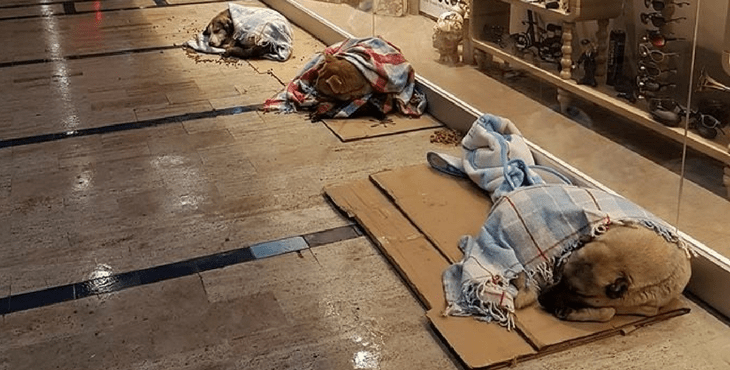