Did you think that dragons only exist in fairytales and Harry Potter? Well, you're wrong. Introducing the blue dragon. This sea slug is a very pretty, and even deadlier, marine dragon. The blue dragon, known as the Glaucus Atlanticus, likes to spend its time floating upside down in warm ocean currents. 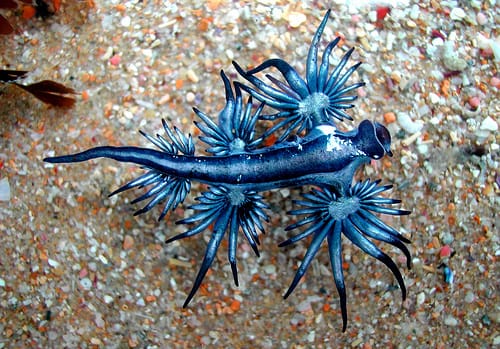 Although they're called dragons, these creatures are in fact smaller than your finger, measuring in at just over an inch. But be afraid, be very afraid. These things are deadly. Just one sting from them and their venom can kill other venomous marine animals, like the Portuguese man-o-war jellyfish. 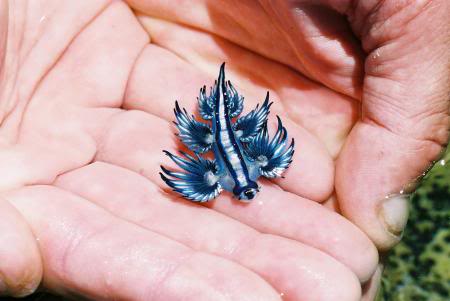 These beautiful creatures are rarely ever seen by humans. However, one of these blue slugs was spotted washed ashore on a beach in Queensland, Australia.

Have a look at this stunning creature here: