Pakistan is still a poor country, where a majority of the population still lives in difficult conditions.

The photographer Mohammad Belaal Imran traversed the streets of Karachi, the capital city, at the end of December, snapping pictures to capture moments of life, when he stumbled on a surprising spectacle: a dog wearing a sweater, reports The Dodo. 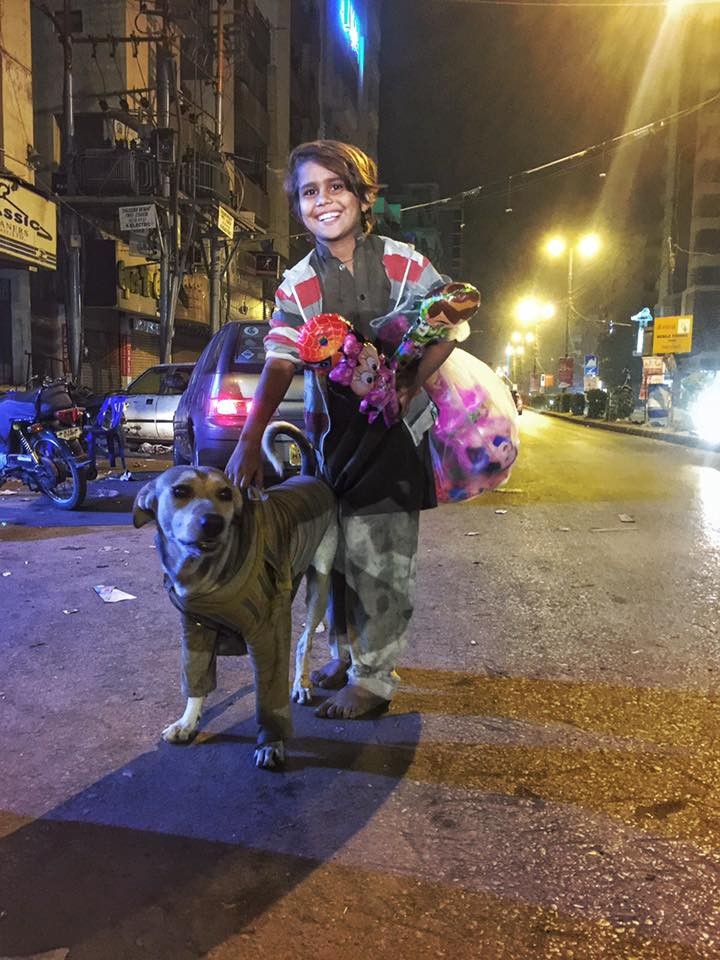 Suddenly, a young boy, barefoot, ran up calling for the animal – named Jagu. The photographer explained:

While I was trying to capture him this boy came calling 'Jaggu, Jaggu' and the dog went crazy after him. He started playing with him, which was unbelievable as I never saw a stray dog playing like he was with this kid who feeds him everyday, and he is the one who gave Jaggu his shirt to wear because it's cold.

The little boy's story is still a mystery to the photographer, but he is most likely one of the many children who live on the streets in Pakistan. Despite his own obvious poverty, the boy didn't hesitate one second to help Jagu, even when he himself was walking barefoot in the cold. 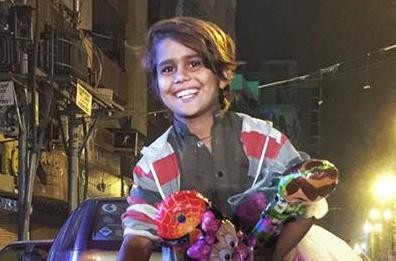 A friend of the photographer, Suhaib Jamal Nasir, started a GoFundMe page to come to the aid of the little boy and his dog. A number of people from all over the world have already made donations. All of the funds collected will be used to buy clothing, food and medical care for Jagu and his human best friend.