The family of a pet dog killed by a police officer in Jacksonville, Arkansas is demanding answers from a department insisting he was a threat.

Deanda Plate's Giant Schnauzer, Sampson, was fatally shot in the head by a police officer in late September, according to a report by abc7. Plate says that Sampson jumped from her back yard into her neighbor's after hearing a noise late on the night of September 25. 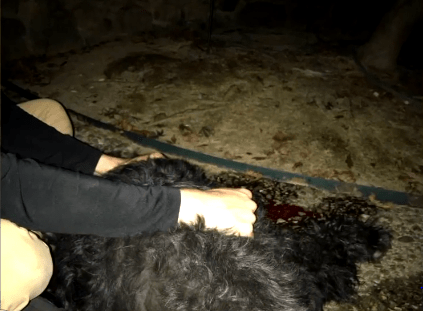 He began barking after encountering an intruder – the policeman – and reportedly rushed at him in an 'aggressive manner'. The policeman, who said that he feared for his life, is seen on body cam yelling at Sampson to get back, before firing one fatal shot into his head.

For her part, Plate has said that the man acted far too rashly:

I heard him start barking and then I ran out on my porch and I see him at the other lady’s porch. I said ‘Samsiepoo,’ he stopped, I heard a gunshot, he fell and at that point, I lost it […] My dog was just lying there. He never hurt anybody.

She also fears that, having acted so quickly in killing Sampson, he could be a danger to people:

He's going to shoot a person if he is that jumpy. He needs more training. He doesn't need to be on patrol. He needs to apologize for what he did.

Giant Schnauzers are said to be territorial and wary of strangers, making them good watch dogs. However, they are rarely dangerously aggressive if trained properly, as Plate says Sampson was.