Animal lovers all over the world rejoiced when it was announced in May that vendors would no longer be allowed to sell dog meat at the annual Yulin Festival in China.

Unfortunately, that joy was premature. The ban was supposed to go into place on June 15, but activists on the ground in the city are reporting that these laws are not being enforced.

Tens of thousands of dogs are killed for their meat every year at the Yulin Festival. The inclusion of the meat at the festival starting in 2009 brought a wave of attention and outrage, despite the fact that dog is available all year long. 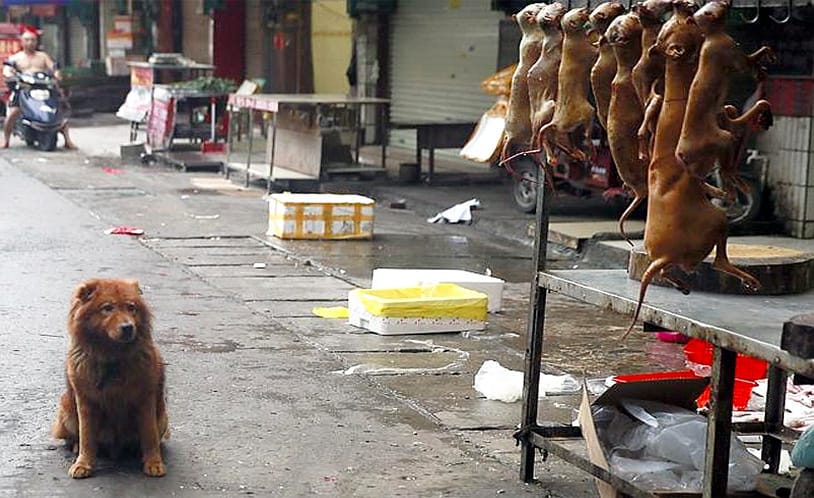 Since China doesn't have any dog farms, many of the animals are strays who are either plucked from the street or shelters, or even stolen from their rightful owners.

The government claimed they would be fining vendors 100,000 yuans (about $15,000) for selling dog meat, but it has been uncovered that despite their public stance, the government has been dealing differently with the sellers. 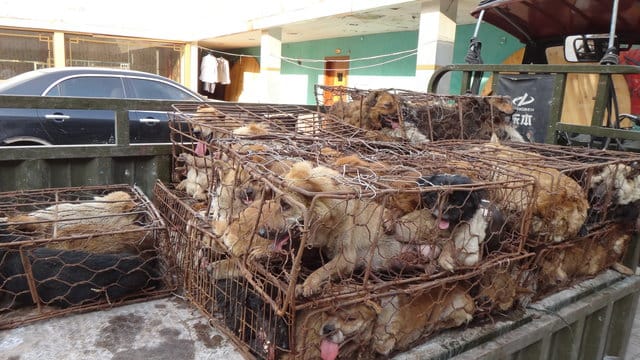 Yulin authorities have clarified that there is no so-called ‘dog meat ban.’ It seems likely there will not be an overt ban on dog meat sales in the city of Yulin during this year’s summer solstice.

His sources in Yulin have reported seeing the dog meat vendors out selling the animals like every other day, despite the supposed 'ban' being in place.

The only good news is that some regulations have been enacted. Government officials have ordered that only two dogs are allowed to be displayed at each stall. This combined with the negative press the festival has been receiving for years, has dramatically decreased the amount of dogs being killed. 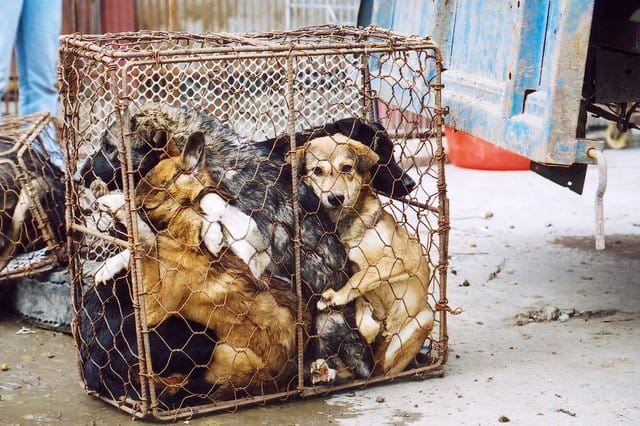 According to VShine, a Chinese animal welfare association:

It doesn’t look like business as usual at Dongkou market in Yulin. It’s disappointing to see dog meat still on sale, but nothing like the amount we’ve seen in the past. Business was slow at the market with far fewer buyers.

The Yulin Festival will officially start on June 21, so only time will tell what affect all this has long term.

But for now, it's important for animal advocates to remember that this goes on all year long. Pyper concluded:

The international attention given to Yulin for one week of the year is becoming a distraction from the much larger issue of the dog meat trade’s activities every single day of the year across the country. That is the real issue and it requires a consistent and holistic approach — it can’t be solved in a week. 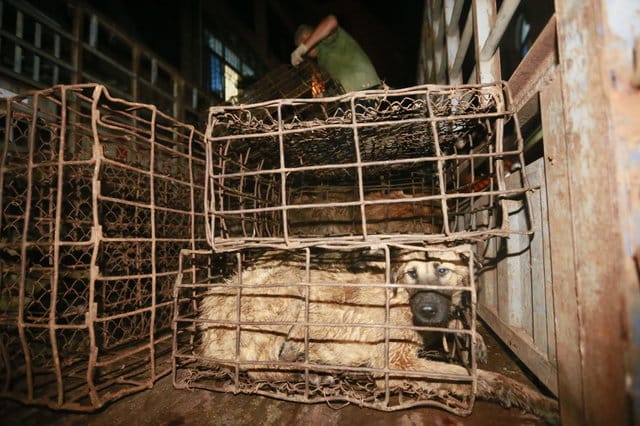 Luckily, in South Korea and China, the number of citizens who eat dog meat is on the decline. But the fight does not end here – we need to keep on campaigning until the trade is outlawed completely. Humane Society International and Animals Asia have both been working tirelessly to end this cruel industry. You can help them by making a donation to their organizations, here, for HSI, and, here, for Animals Asia.