The "Fleuron". That is the name of the French barge co-run by the 30 Million Friends Foundation and the Maltese Order which offers shelter to homeless people and their dogs every winter in Paris.

For 10 years, this unique place on the quays of the Seine, in Paris, has allowed the most deprived homeless people some cover and shelter without having to leave behind their beloved four-legged companions.

Most emergency shelter programmes refuse to accept homeless people's dogs, and so a lot of them are forced to abandon their best friends each year so that they can have some shelter and warmth during the cold, winter nights.

According to the charity (translated), "many of them prefer to stay outside, despite the freezing temperatures, because this poor creature is the only thing they have in life, and they cannot abandon that one support."

So to stop any homeless people being forced to abandon their dogs, these two French charities have created the barge as a place of shelter for them. Reha Hutin, the charity's president, said (translated):

These homeless people actually prefer to look after their beloved animals than they do themselves. And that's why we created The Fleuron, so that we can help them both together. 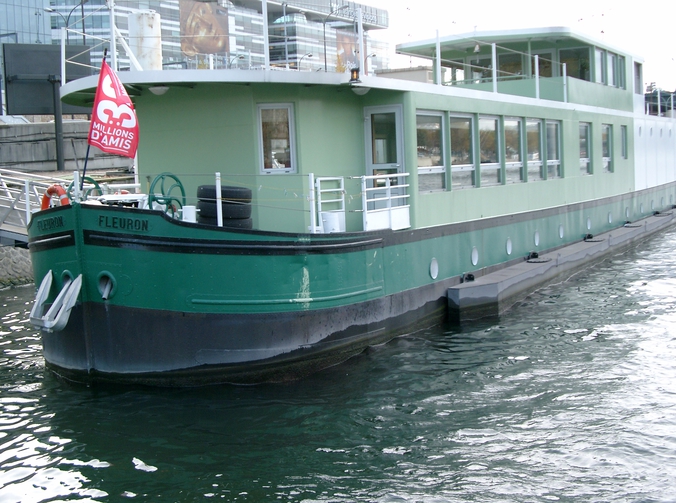 The barge offers 50 people shelter, 25 of whom can have dogs. Meals are served onboard and there's always medical help as well as a vet who comes twice a week. Whilst the crowds may be larger during the winter months, The Fleuron is always open 365 days a year.

Well done to both of these amazing charities for creating a place in such solidarity! No one deserves to sleep on the streets this winter, no human, nor dog.

This incredible devotion to animals and their homeless humans reminds us of Christophe's campaign, the French man who goes round France offering homeless people dog food for their furry friends. Something to warm your hearts this Christmas.