When this nine-year-old boy saw this pup limping in the streets while he was playing outside, he knew he had to do something.

Mauco Abeiro lives in Guaymallén, Argentina, with his family, and they are not particularly well off. They struggle to make ends meet for themselves, so the idea of bringing in an animal and paying for his vet bills seemed out of the question. 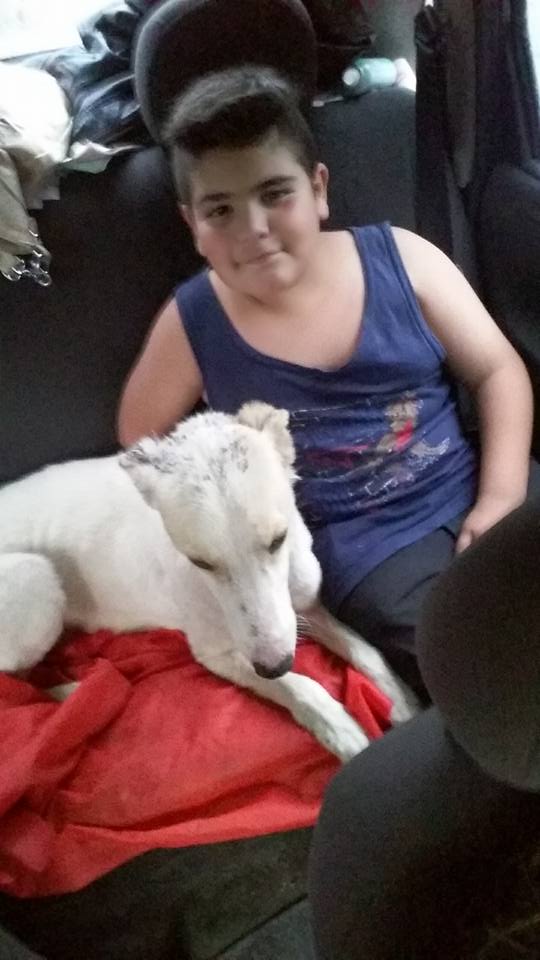 I had told them that we could not have pets, since we are in a very bad economic situation. We could not afford treatment for the dog.

However, Mauco knew that he had to do anything possible to save the canine, even if that meant selling one of his most beloved objects: his skateboard.

He took to his mom's Facebook to sell the skateboard to the highest bidder, but instead of making a sale, he went viral.

Hi I'm Mauco, Laura's son. She lent me her Facebook because I don't have one. Look at this puppy. I found him in the street. He is sick and has a broken leg. I fed him and gave him a bath, but he needs treatment. I'm selling my skateboard to take him to the vet. If anyone is interested in the skateboard, leave your number here so my mom can call you. Thank you, Mauco. 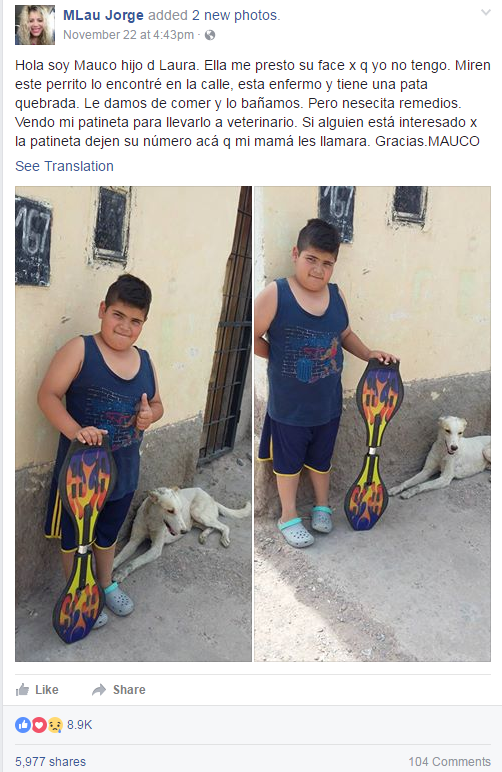 The post was shared by almost 6,000 people across the world, and he truly touched everyone's hearts.

Well-wishers from all over the globe started donating money to help the animal who Mauco loved so much. He was able to raise enough that he did not have to sell his cherished skateboard, and could instead focus on giving the pup all the attention he deserved.

The dog, later called Rocco, is loving life with his new family. He still has some trouble with his leg, but overall is doing much better. 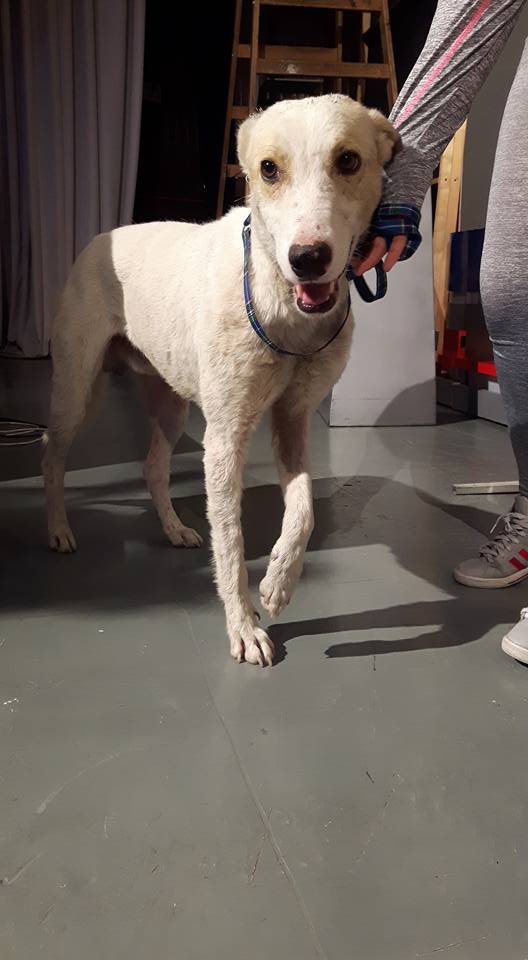 Rocco runs slowly, but at least he is already running, and Mauco is very happy. Things have not been easy for our family lately, but he never lost his love for animals.

On her Facebook page, Laura seems to still be in shock from the attention. She insists that everything was truly out of the goodness of the little boy's heart and requests that further donations be made to animal welfare and rescue organizations.