Hope for Paws received a call at the end of March about eight puppies who had been spotted living in a sort of cave near a train depot in Los Angeles. Their mother was no where to be found. 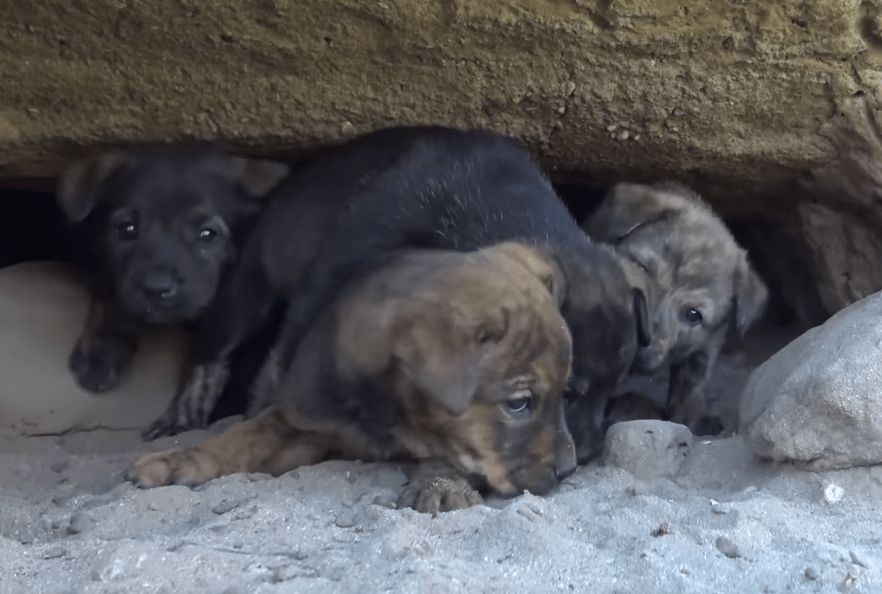 They decided to use cheeseburgers to attempt and lure the pups out of their hiding spot.  The hungry babies quickly filed out one on top the other to access the food.

Rescuers picked up one of the dogs and pet him, to show the others, who had never had contact with humans before, that he would be safe. 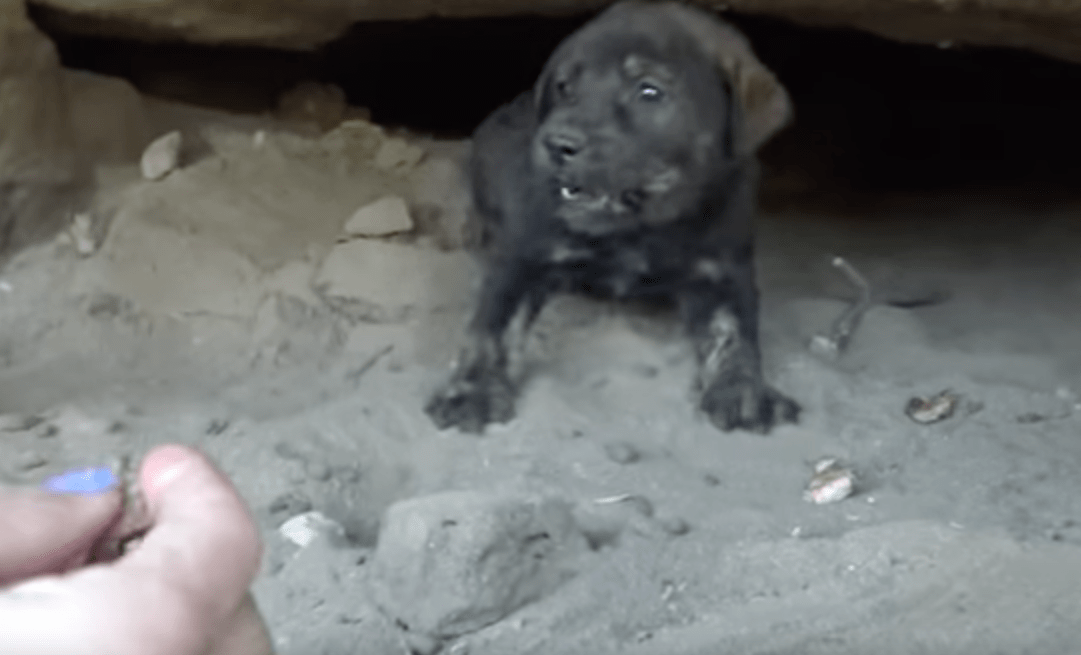 However, something spooked the remaining animals and they scurried back into the cave. Even the prospect of food wasn't tempting enough, as any motion to touch them was met with cries and fear.

Eldad Hagar, the founder of Hope For Paws, decided to take matters into his own hands and crawl in after the pups.

Despite the bugs and dirt, he wouldn't give up on the canines. He couldn't reach all the way in, so he used his gentle snare to reach them and pull them out. 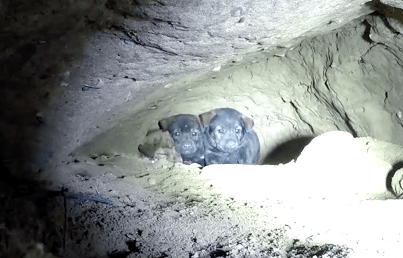 The terrified dogs fought and cried out, but he still managed to catch three other puppies this way.

Unfortunately, the other ones, hearing the scared cries of their siblings, retreated back even further into the depths of the cave, a total of almost 18 feet from the entrance.

The rescuers had to build a new tunnel to be able to reach them, and hope that the whole thing wouldn't come crashing down on top of them. 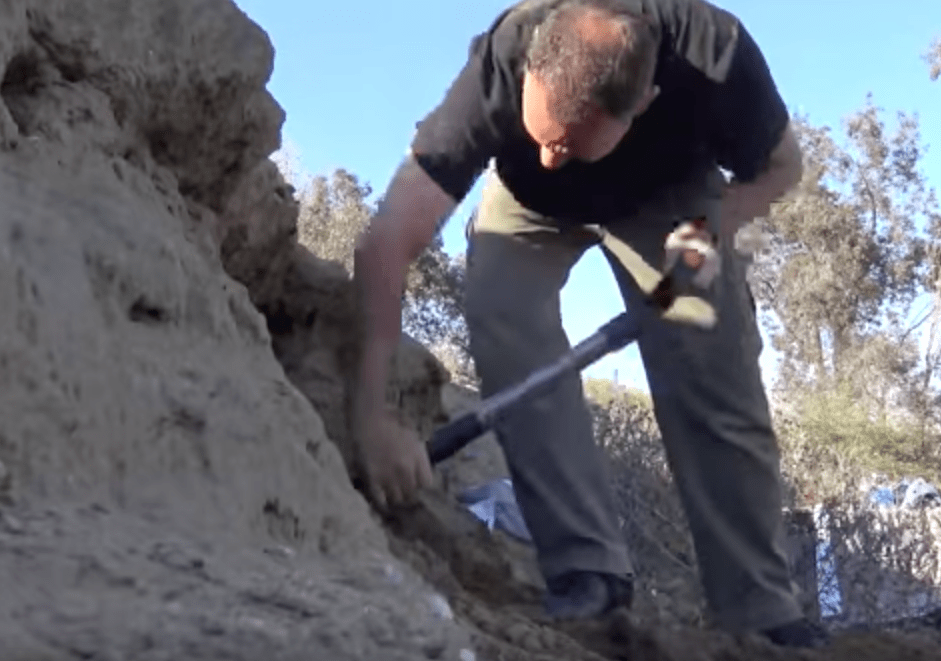 Things took an even more dramatic turn as Hagar had to crawl in with his whole body while the other rescuers pulled him out.

After saving eight puppies, rescuers wanted to double check that they had got all of them. But as he crawled in one last time, he heard distant whimpering. 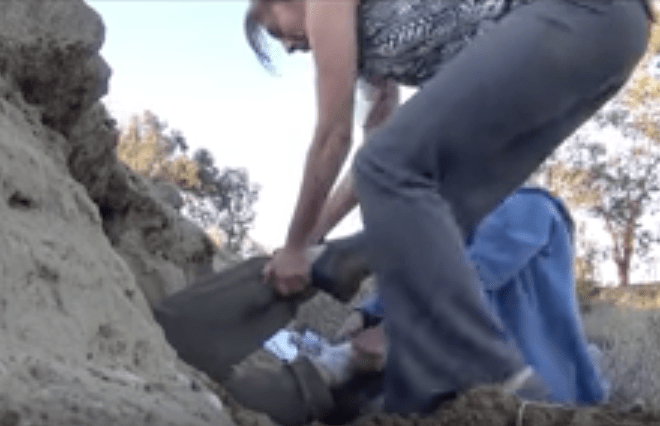 There was a ninth puppy hiding in the cave. As the sun was setting, they pulled out the runt of the litter, covered in dirt.

The incredible rescue mission is still ongoing, as the pups' stray mother is still out on the streets, but despite years of trying to catch her, she has continued to evade rescuers. 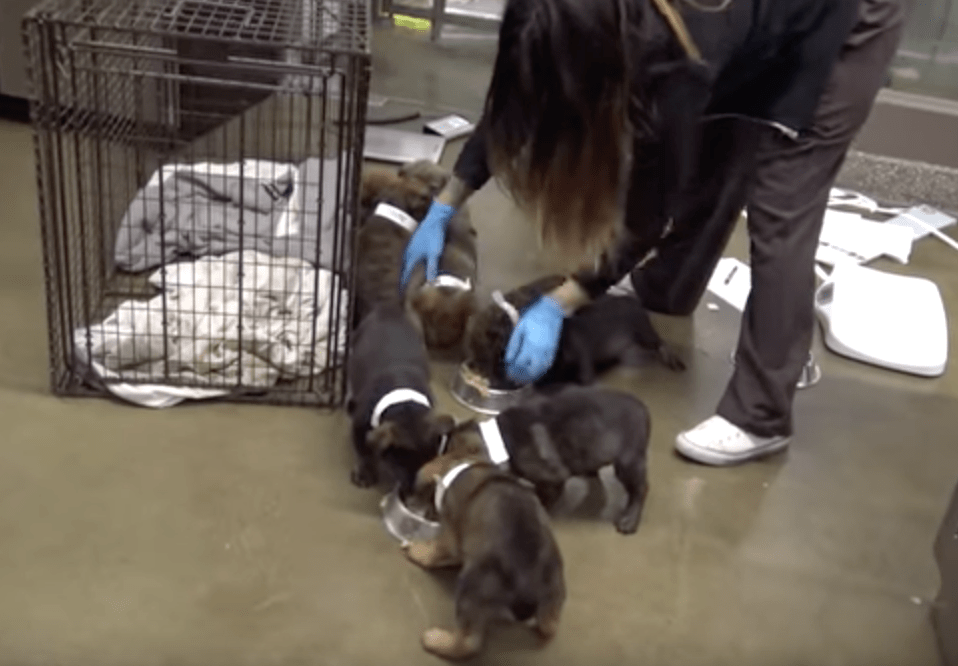 The puppies received medical care at the shelter before being handed over to their surrogate mother and The Dog Rescuers. All nine of the animals have found their forever homes.

The canines have learned to love humans and will have the best new lives with their families. The extreme rescue was clearly more than worth it after seeing the adorable babies let go of their fears and be treated with the care they deserve. 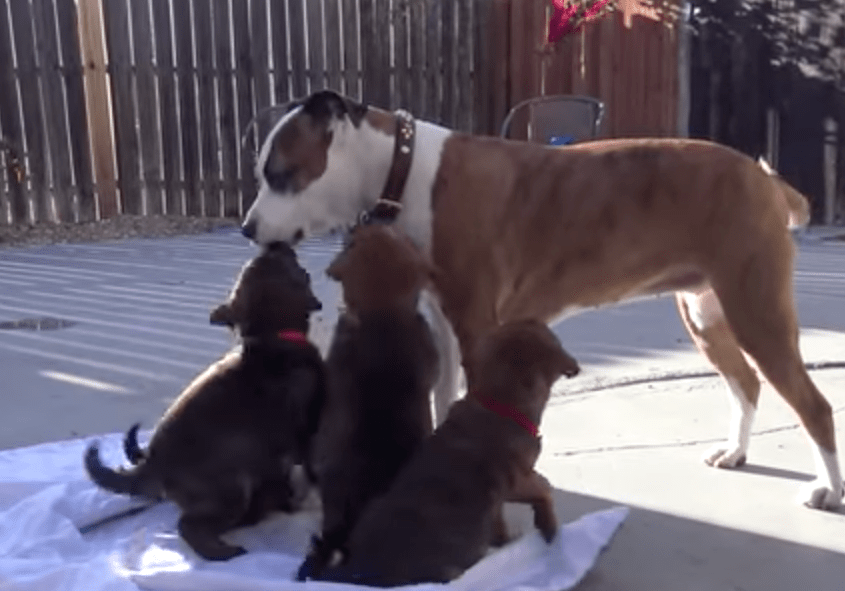 If you would like to help support Hope for Paws rescue more animals in need, you can donate to them, here. You can also donate to The Dog Rescuers, here.

Watch the full video of their rescue below: