On April 22, a female elephant called Samba died from a heart attack after carrying tourists around Angkor Vat, Cambodia, in the extreme heat.

It was a tragic death which reopens the debate on the sad reality of life for wild animals, who are used purely to fulfil tourists' dreams of "exoticism".

In March, the NGO World Animal Protection published a report assessing the impact of 24 common tourist attractions on the wellbeing of animals.

The study, led by the Wildlife Conservation Research Unit at the University of Oxford, estimates that more than 550,000 wild animals in the world are suffering at the hands of these irresponsible attractions.

Using the results of this study, the World Animal Protection has ranked the ten cruellest tourist attractions as follows: 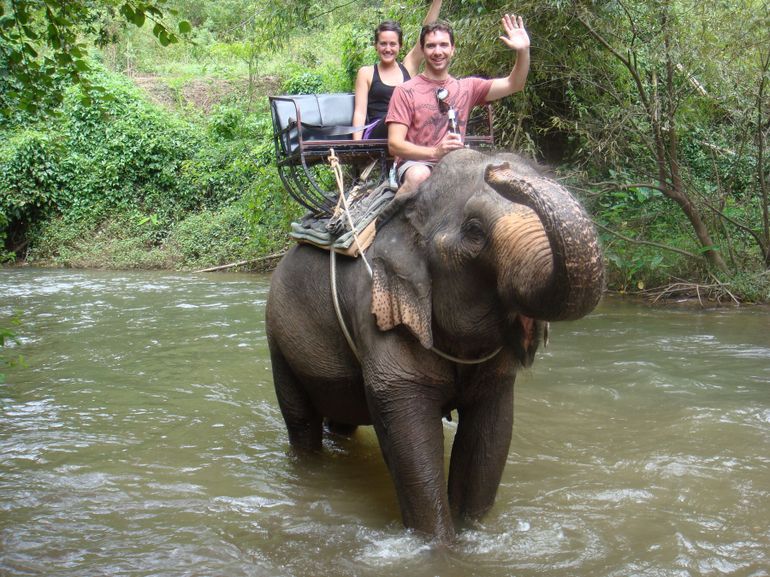 There are many countries, especially in Asia, which advocate riding on the backs of elephants. But the hidden truth of this tourist attraction is revolting to say the least.

These magnificent animals are put through the cruel and inhumane training process of "crushing".

The aim of the brutal training method is to cause the elephant to come to psychological breaking point, so that they eventually obey their trainers in the blink of an eye, exhausted by their torments. You can find out more here. 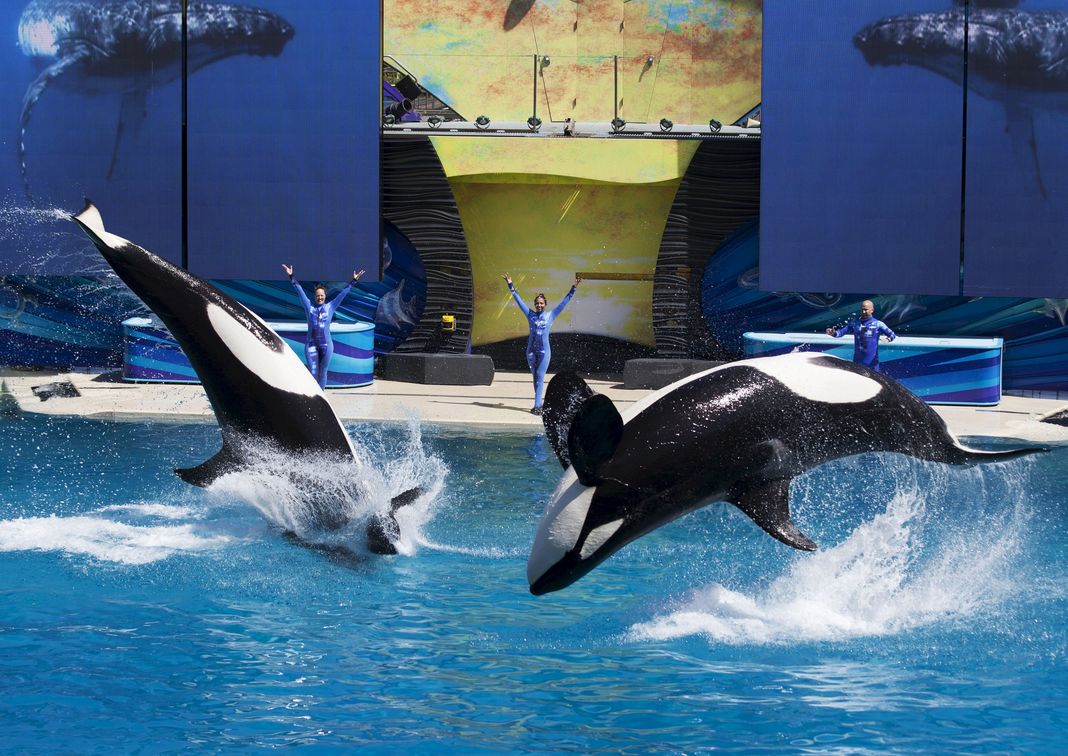 Although SeaWorld, the biggest water park organisation in the world, recently announced that they will no longer breed orcas, hundreds of marine mammals across the world continue to suffer a life of hell in captivity.

"Intelligent, social ocean animals are kept in the pitifully small tanks at SeaWorld and denied everything that is natural and important to them", comments PETA, who are still fighting to put an end to water parks.

You can sign their petition to release captive orcas and other marine mammals into sanctuaries. 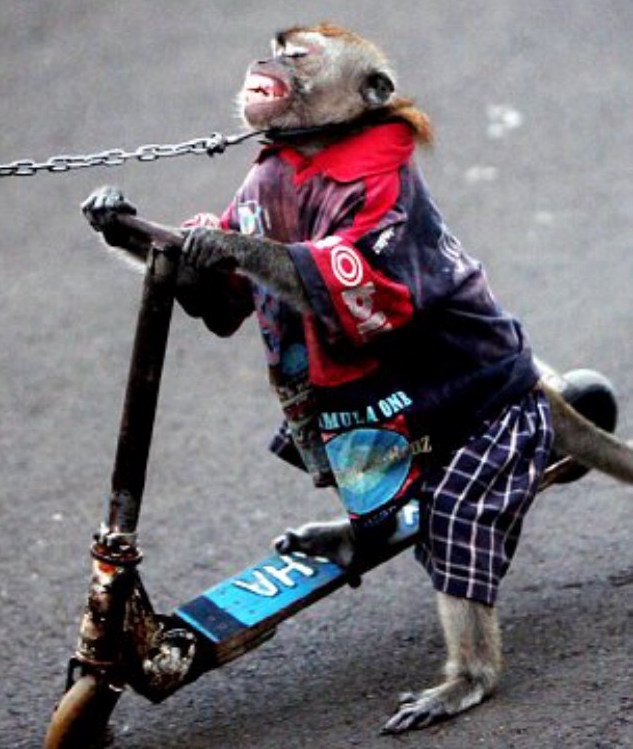 In many Asian and North African countries, monkeys are captured and sentenced to a life of slavery entertaining tourists. They walk about on their hind legs, they are dressed up, they dance and they even busk…

You can pay to take photos of them. But of course, you should never do this.

This activity hides a brutal "training" process which breaks down the animal's will, forcing him to pick up behaviours that are far from natural.

That's without even considering the fact that most of the time, the monkey is kept alone in a cage while he awaits the next show. 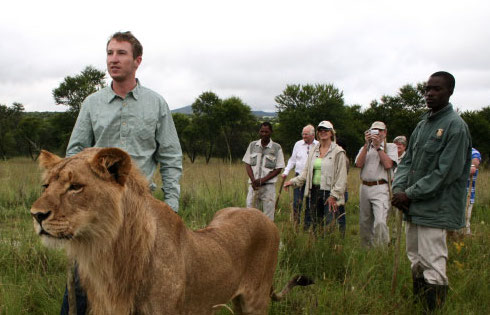 This tourist attraction is found mainly in South Africa. Young lion cubs are separated from their mothers at an early age so they can get used to being around humans.

They are taken out of their natural habitats to tame them, and can also "accompany" thrill-seeking tourists on walks.

It goes without saying that they are also submitted to brutal "training" methods to draw out any sign of aggression. 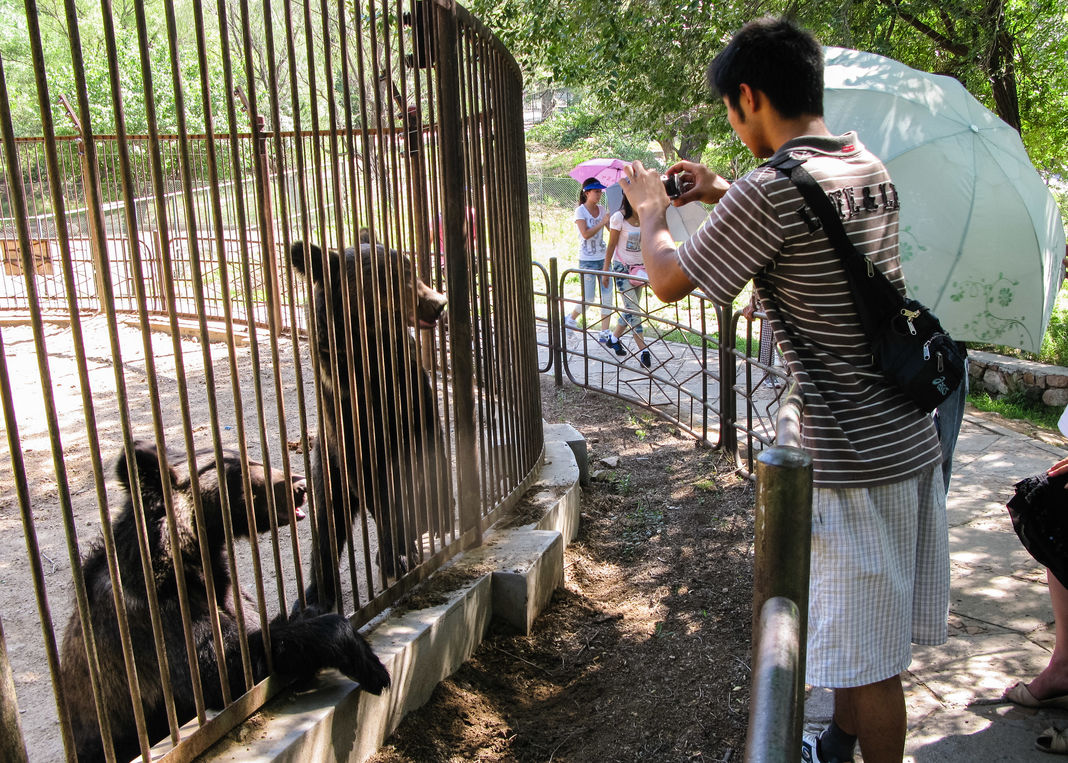 You find these parks mainly in Asia and Eastern Europe, for example in Bulgaria. The bears are forced to endure horrific conditions in enclosures which are often way too crowded for these naturally solitary animals.

In the worst cases, they are treated as funfair animals, dressed up and forced to "dance" for passers-by.

This is an extremely cruel practice, which should never be supported. 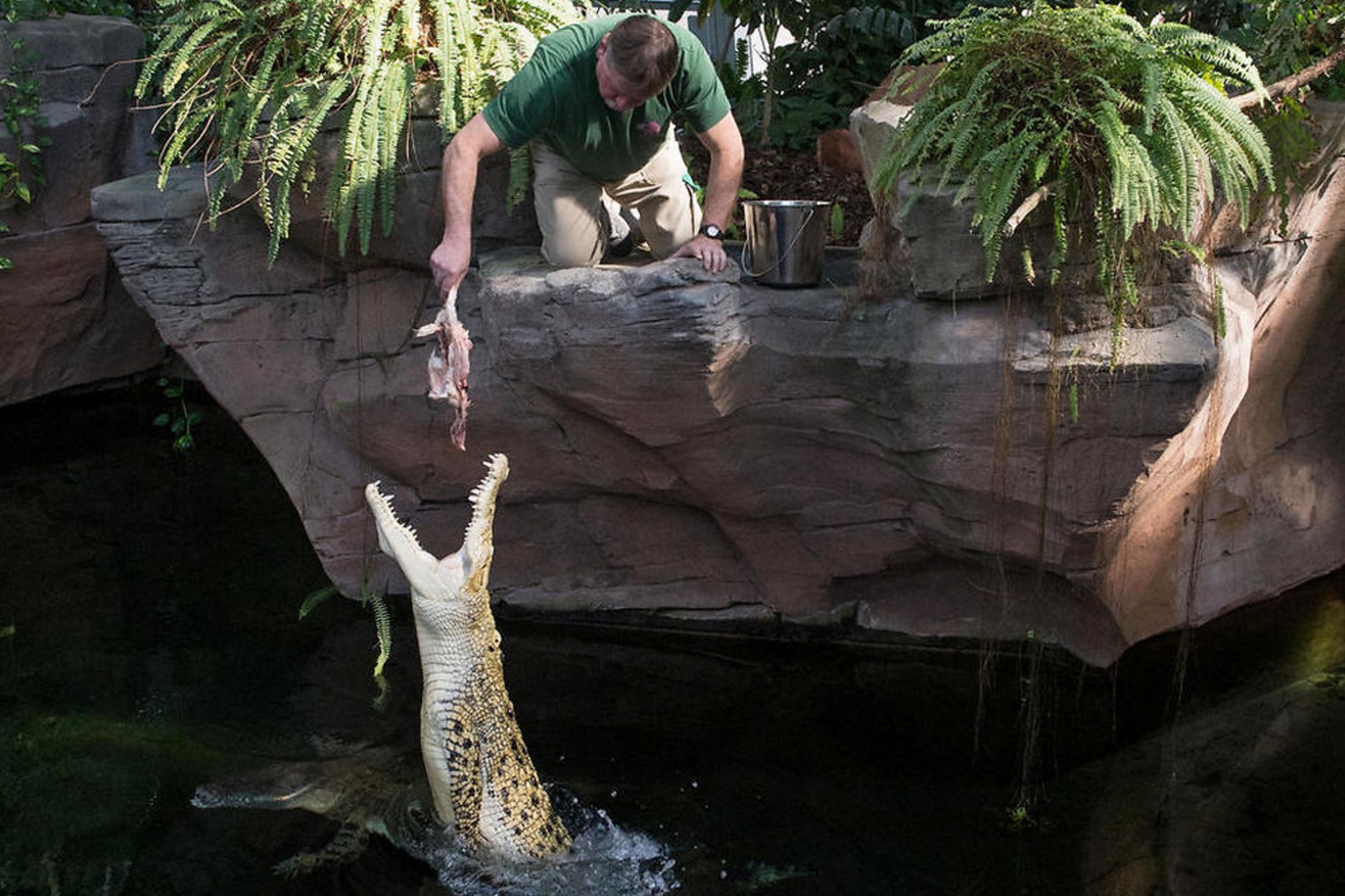 Crocodile farms represent a sad way of life for these reptiles, who are usually brutally killed for their skin.

These intensive breeding farms allow tourists to come and help at mealtimes, even feeding the crocodiles themselves. This attraction finances the cruel industry and keeps it going.

The reptiles on these farms are put under great stress, caused by the overpopulation of their pools and living space. 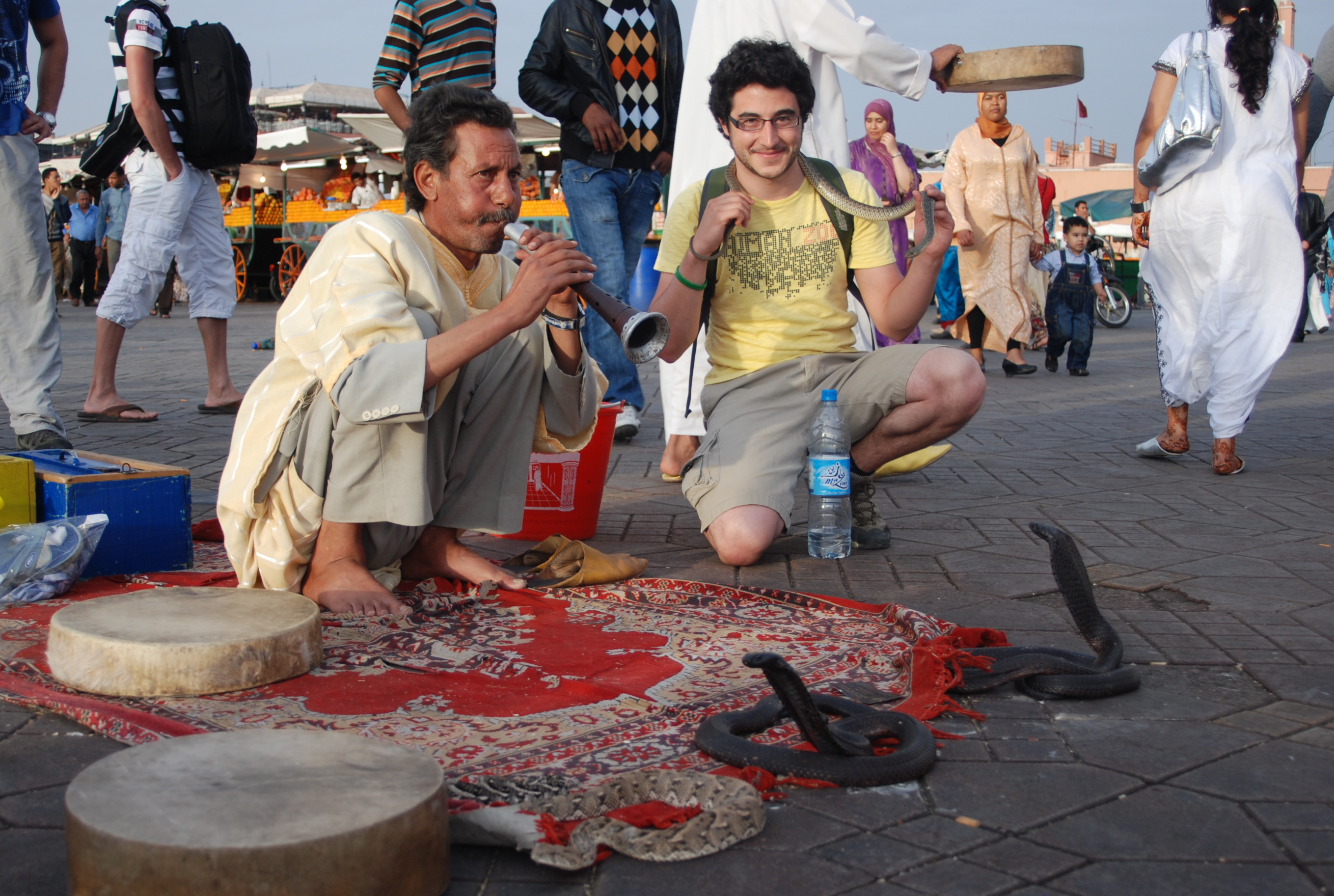 The snakes are essentially kept prisoner by their charmers, sentenced to a life of misery where they are locked up in cramped boxes and cages.

Some cobras have their fangs ripped out with pliers so tourists can "hug" them without worrying about getting bitten. 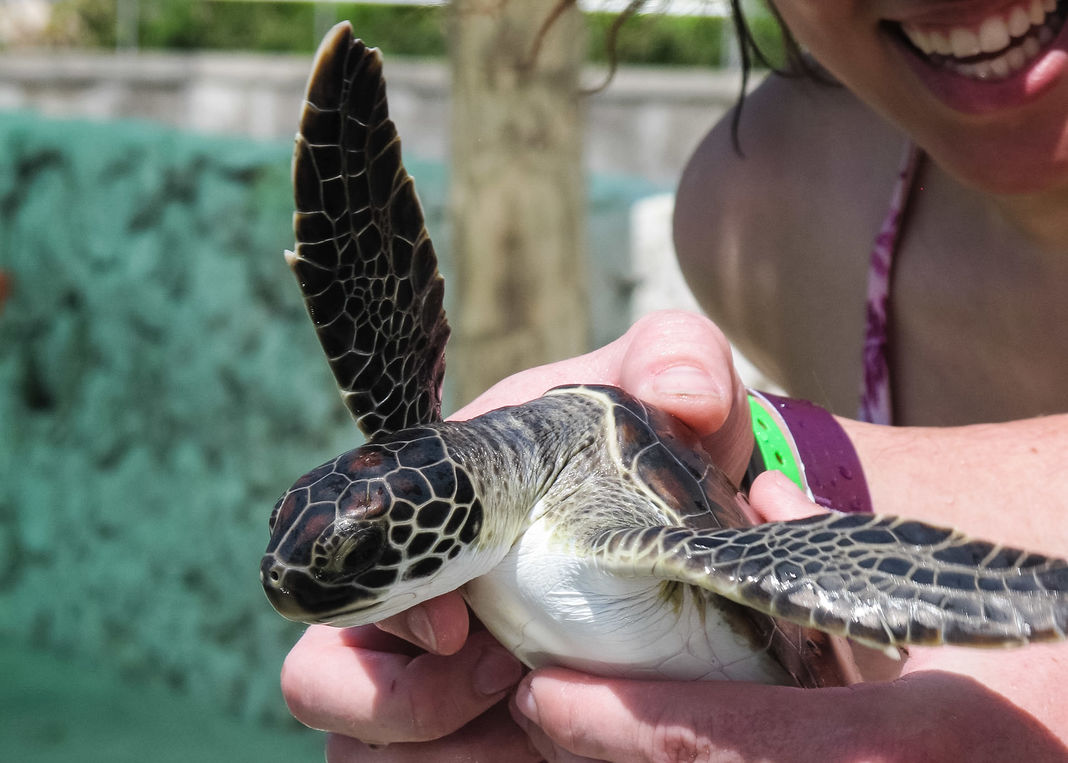 If you ever come across a sea turtle, do not pick him up. The turtle hatching period is often very popular with tourists, who come in their hundreds to capture the moment.

These animals are very fragile and need complete calmness, which is of course disturbed by the great throngs of tourists.

In the Cayman Islands, one turtle farm allows tourists to pose for a photo with the animals. You can even taste endangered turtle meat in the sanctuary's restaurant…Which you should never do. 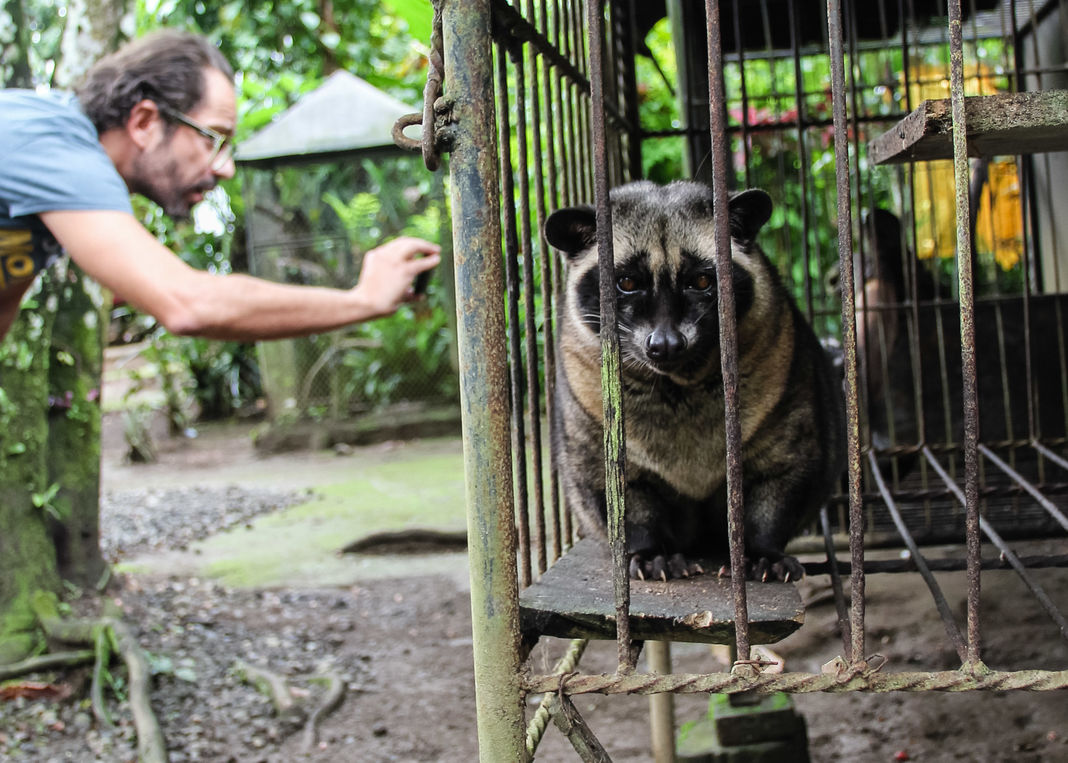 Kopi Luwak is a very rare but popular coffee which is made with the part-digested coffee cherries eaten and defecated by Asian civets.

Farmers catch the civets in the wild and sentence them to a life of misery, confined to a tiny cage to produce the coffee. In addition to buying this coffee, tourists can visit these shameful breeding farms, which are mainly found in Indonesia. 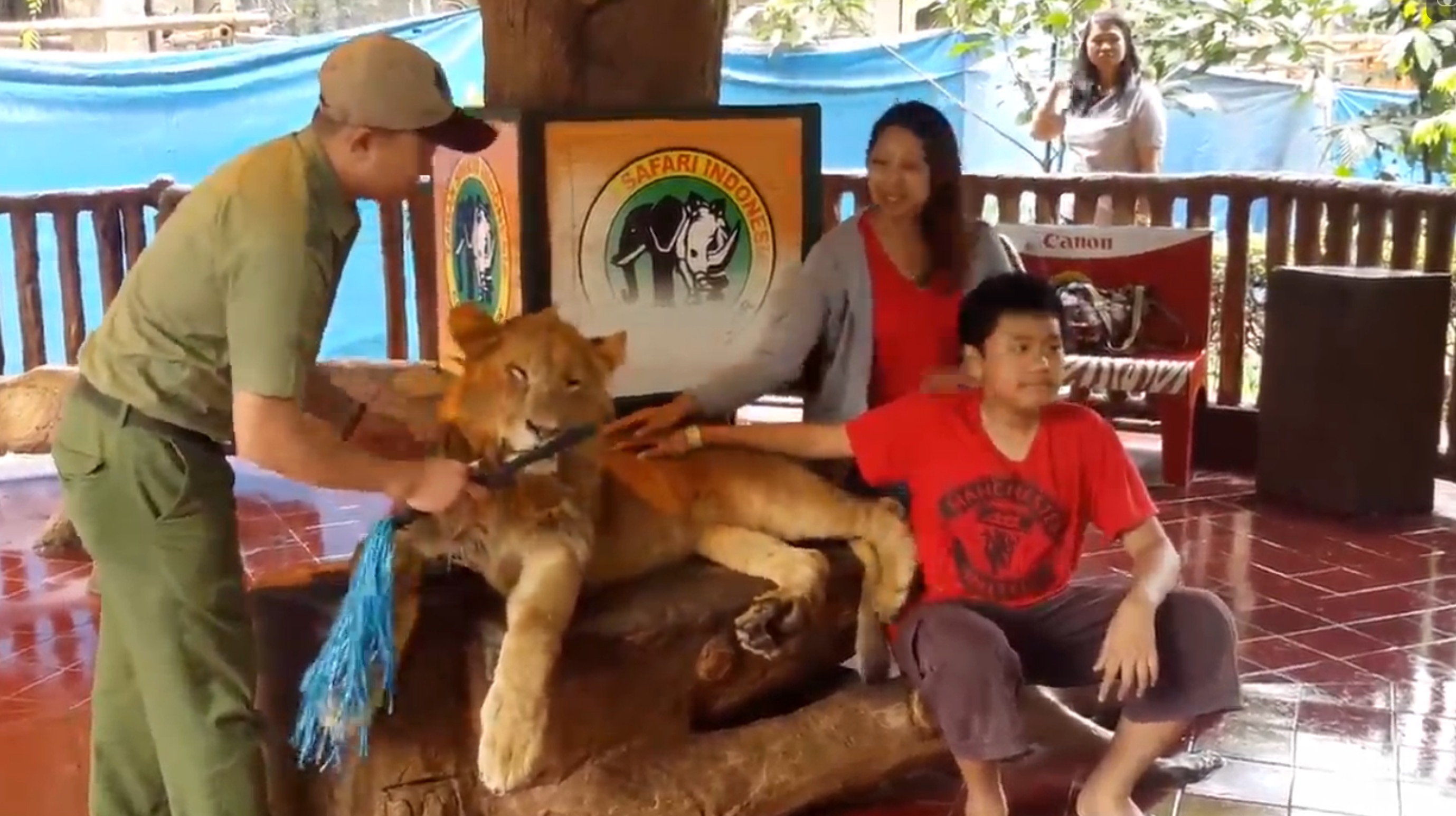 Many zoos, especially those in Asia, allow visitors to take photos with these cats. The poor lions, tigers and panthers are drugged and sleep-deprived so they are perfectly tame for the tourists.

A shocking recent video showing a lion club being subjected to this treatment casts new light on this terrible practice. A petition to end the exploitation of lions was launched, and can still be signed now.

Although these attractions (and the full list which is even longer) cause animals terrible suffering, the World Animal Protection's study shows that 25% of tourist attractions involving wild animals actually have a positive effect on the flora and fauna.

This is particularly true of sanctuaries and other rescue centres which aim to preserve species by promoting responsible tourism.

The International Ecotourism Society lists many different ecotourism projects which you can take part in, if you are interested in animals but want to preserve their dignity.