Jung Myoung Sook is a 61-year-old woman from South Korea who lives in Asan. For the last 26 years, she has been saving the lives of dogs destined for the dog meat trade. These stray dogs would otherwise have been served up in restaurants in South Korea.

Utterly devoted to this cause, she has already given a second chance to over 200 dogs. 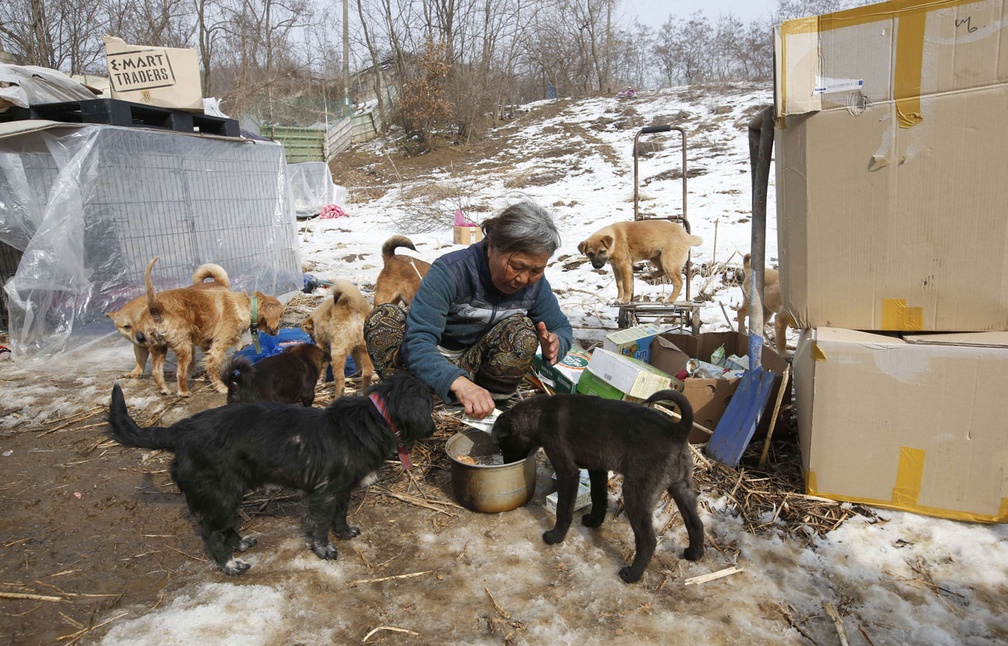 "My babies aren't hungry. They can play and live freely here."

In 2014, Jung Myoung Sook opened up a new shelter where she looks after dozens of these dogs who have been lucky enough to cross her path.

My babies aren't hungry. They can play and live freely here. Some people talk about me, saying, 'Why is that beggar-like middle-aged woman smiling all the time,' but I just focus on feeding my babies. I'm happy and healthy. 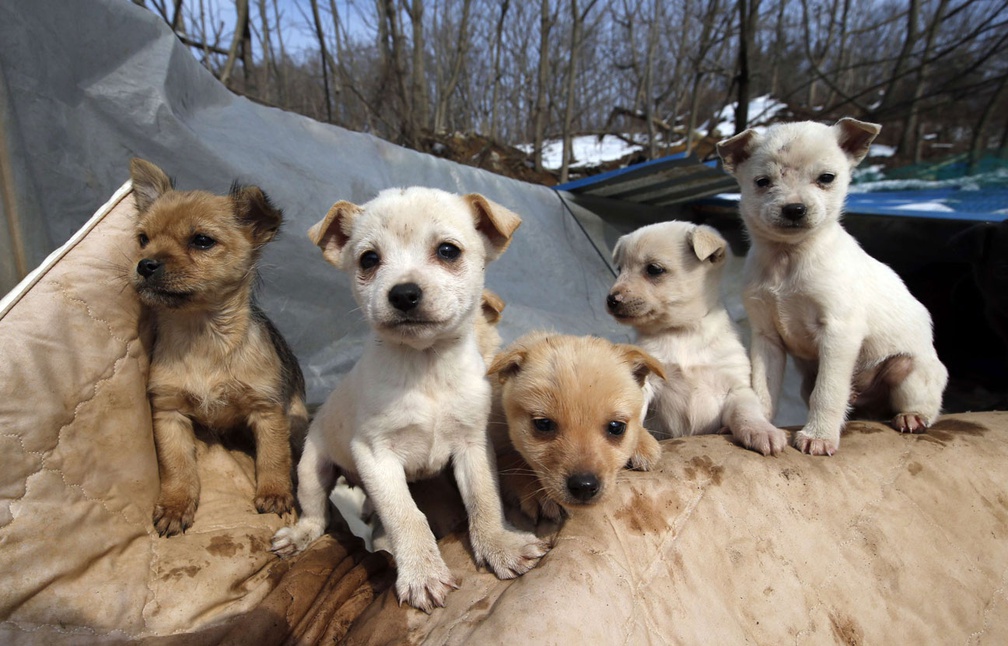 "She lives only for her dogs."

In order to feed and look after her 200 companions, Jung Myoung Sook counts on financial support from her family, friends, and Korean and foreign donors. 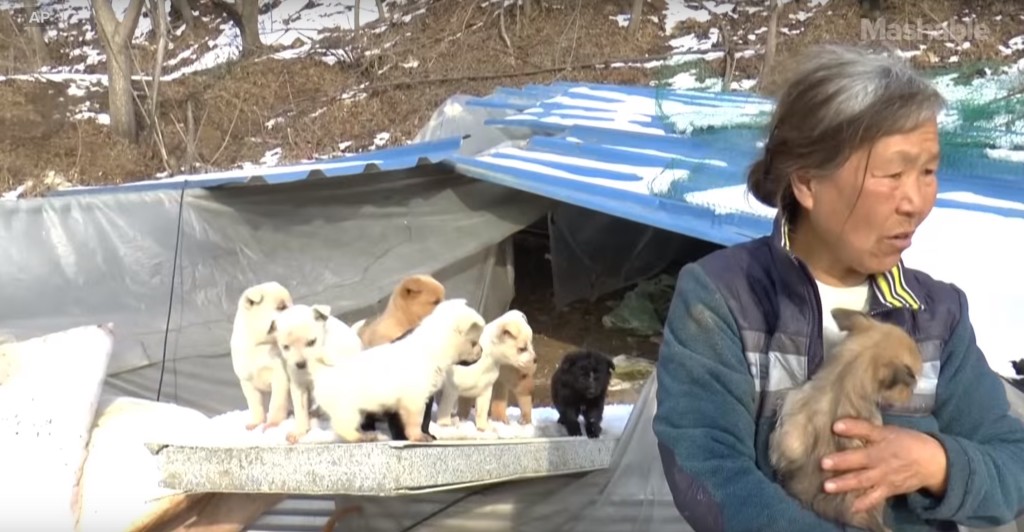 Park Hye-Soon, a restaurant owner nearby, has been giving her leftover food for the past four years. "She lives only for her dogs, without doing much for herself," he said.

But not all Koreans are taken by her philanthropy. Over the past 26 years, Jung Myoung Sook has had to move seven times with all her four-legged friends. Most of the times, it's because her neighbours file noise complaints or simply don't like having so many dogs living around them. 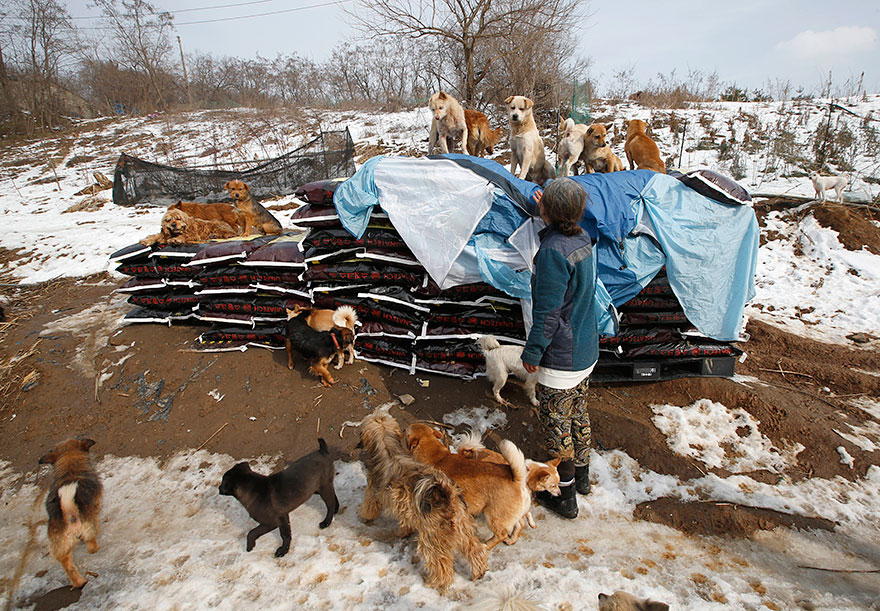 In South Korea, two million dogs are slaughtered every year for their meat. And this horrific industry rakes in almost 2 billion dollars ever year.

This huge problem is thankfully slowly changing. Although the older generation continue to eat dog meat, the younger generation are gradually coming round to the idea of dogs as domestic animals, who should not be sent to slaughterhouses and appear on their menus.

On the same topic: 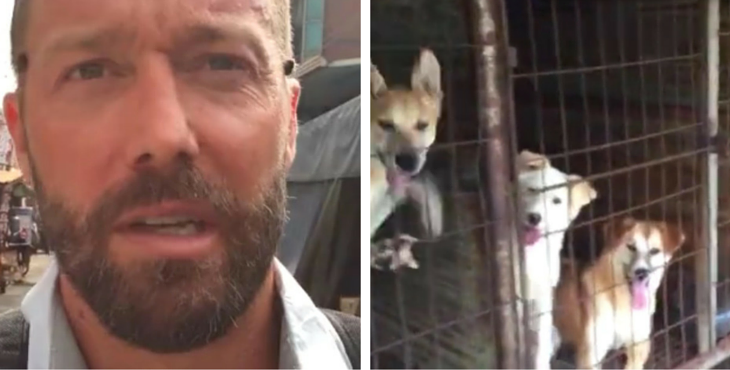