On the 14th of February 2018, 6 lions and 74 vultures were found dead in Ruaha National Park, in Tanzania.

After further examination, it became apparent that they had been killed in an act of revenge after having eaten a deliberately contaminated cow. 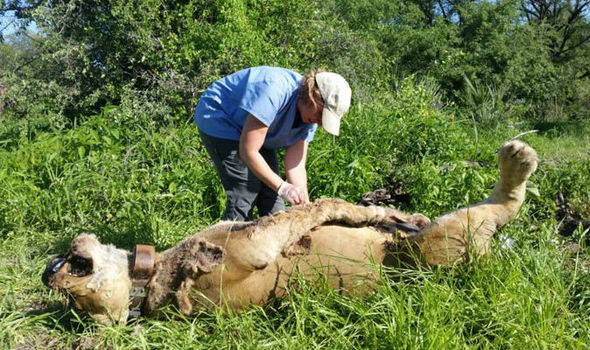 Members of the Ruaha Carnivore Project, a programme for the conservation of large carnivores, assisted at the scene.

After being alerted by a tracking collar worn by one of the lions – which was equipped with a "mortality alert" – they rushed to the area to discover 4 lionesses, 2 young male lions and 74 vultures dead after being poisoned.

The vultures belonged to a "critically endangered species".

All the evidence points to the animals having eaten a contaminated cow which was found near the dead animals.

Tanzanian researchers and authorities strongly suspect this was an act of revenge carried out by local farmers, after the lions had attacked their cattle.

The group published dismaying pictures of the scene on their Facebook page; the rigid bodies of the animals can be seen on their backs with their feet in the air as they are being examined by specialists. 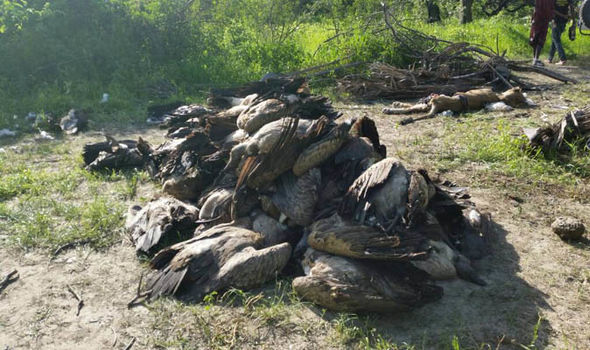 Unfortunately the situation is far from being an isolated incident, as conflicts between farmers and wild animals are increasing, as explained by the group:

Alarmingly, poisoning is a common response to conflict, and this highlights how vital it is to do all we can to prevent carnivore attacks on stock, and reduce chances of retaliatory killings. Cattle are extremely important to local people, and carnivores can cause major economic and cultural hardship when they attack stock – and, when people don’t benefit from lions, it is unsurprising that they resort to killing them.

Between 1993 and 2014, due in part to loss of their natural habitat and to vendettas of this kind, the population of lions in Africa has fallen by 43%.

Today, there are around 20,000 wild lions remaining, of which only a quarter  live in protected areas.

Created by Oxford University’s Wildlife Cronservation Research Unit nine years ago, the RCP works towards the conservation of carnivores, but also towards resolving conflict between wildlife and local residents.

This kind of event is truly devastating, but it does highlight the value of our collaring programme – without alerts from the collars, we are very unlikely to find out about such incidents, especially when they occur in remote areas. Although this incident occurred in the wildlife management area and not on the village land where we do most of our work, it is an extremely distressing reminder of the impact that conflict can have on wildlife.

More and more revenge killings have been recorded in recent years in areas that contain both natural reserves or wild animal's habitats, and areas used for farming such as cattle herding or plantations.

In a similar incident, an orangutan was decapitated last month in Borneo by two farmers working on a rubber plantation; another sad reminder of the need to prevent such conflicts.