Five dogs were found in horrifying condition in a town in central France. The pups were held prisoner in a cage in the backyard of a home without any protection from the elements.

They were not given food or water and slept in the mud. The residents kept the Malinois, German shepherd, Belgian shepherd, two pit bulls, and border collie mix outside. Most disturbing of all, one of them sadly died, most likely due to starvation, and in desperation the others turned to cannibalism before rescuers could arrive. 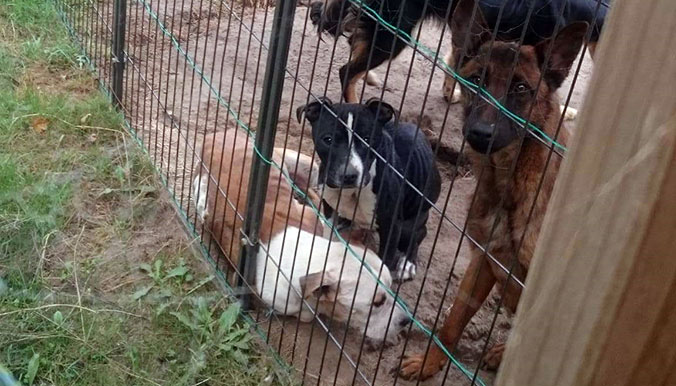 The couple who owned the house in Bourges, France, were reported by their neighbors at the end of October, and help finally came on November 7.

Hopefully this extreme cruelty will not go without justice being served. Charges have been filed against the couple for animal neglect, for which the maximum punishment would be two years in prison and a 30,000 euro fine. 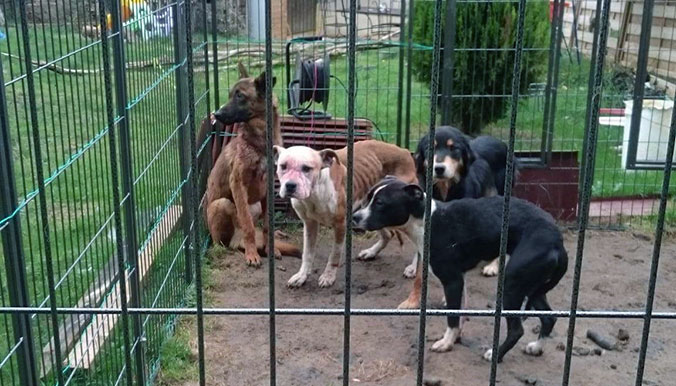 The animals were rescued by the French organization, 30 Million d'Amis, and two of them have already found new adopted homes. The other three are waiting at a shelter in Bourges for their forever homes.

If you would like to make a donation to the organization to help save more animals from conditions like this, you can do so here.

27 Dogs Trapped In A Tiny, Refuse Filled Lot Learning How To Trust Again 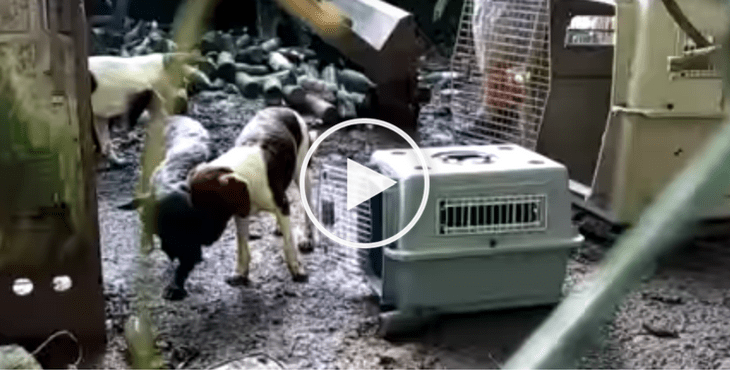