Yesterday, October 5, a truck transporting 160 pigs to a slaughter house tipped over in Toronto, Canada. The accident was extremely violent and 42 animals died on the scene and countless others are seriously injured. 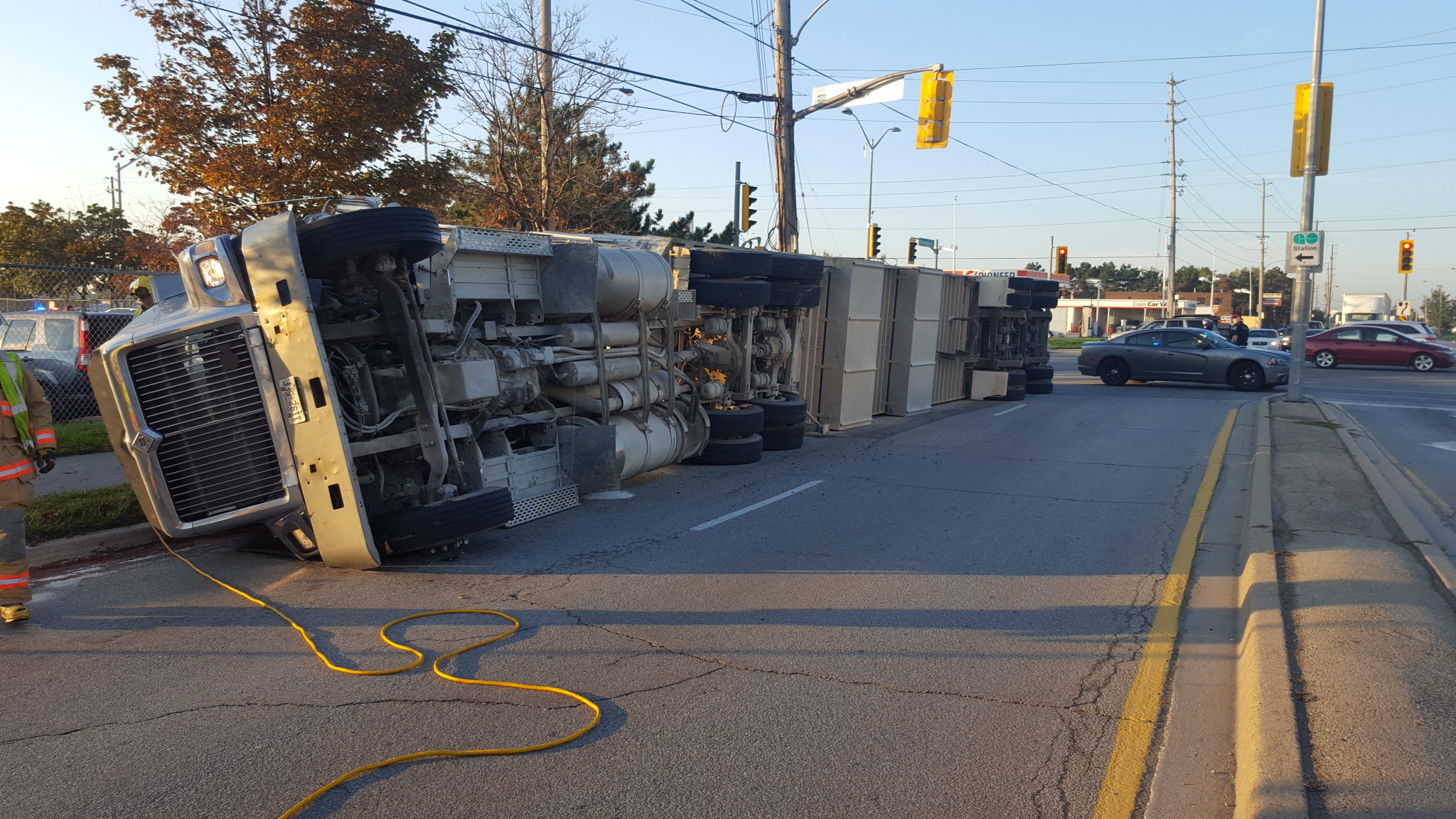 The ambulance arrived to pull the surviving animals out of the vehicle. According to Peta, who has been reporting on the accident, "bloodcurling screams" could be heard from the wreckage.

Approximately 160 pigs are being removed after a tractor trailer rollover at Appleby Line and Harvester Road in Burlington. #BurlOn pic.twitter.com/zJON3PC7Hz

Numerous pigs managed to escape and wandered around on the public sidewalk before being captured and transported further to their gruesome end at the slaughterhouse. 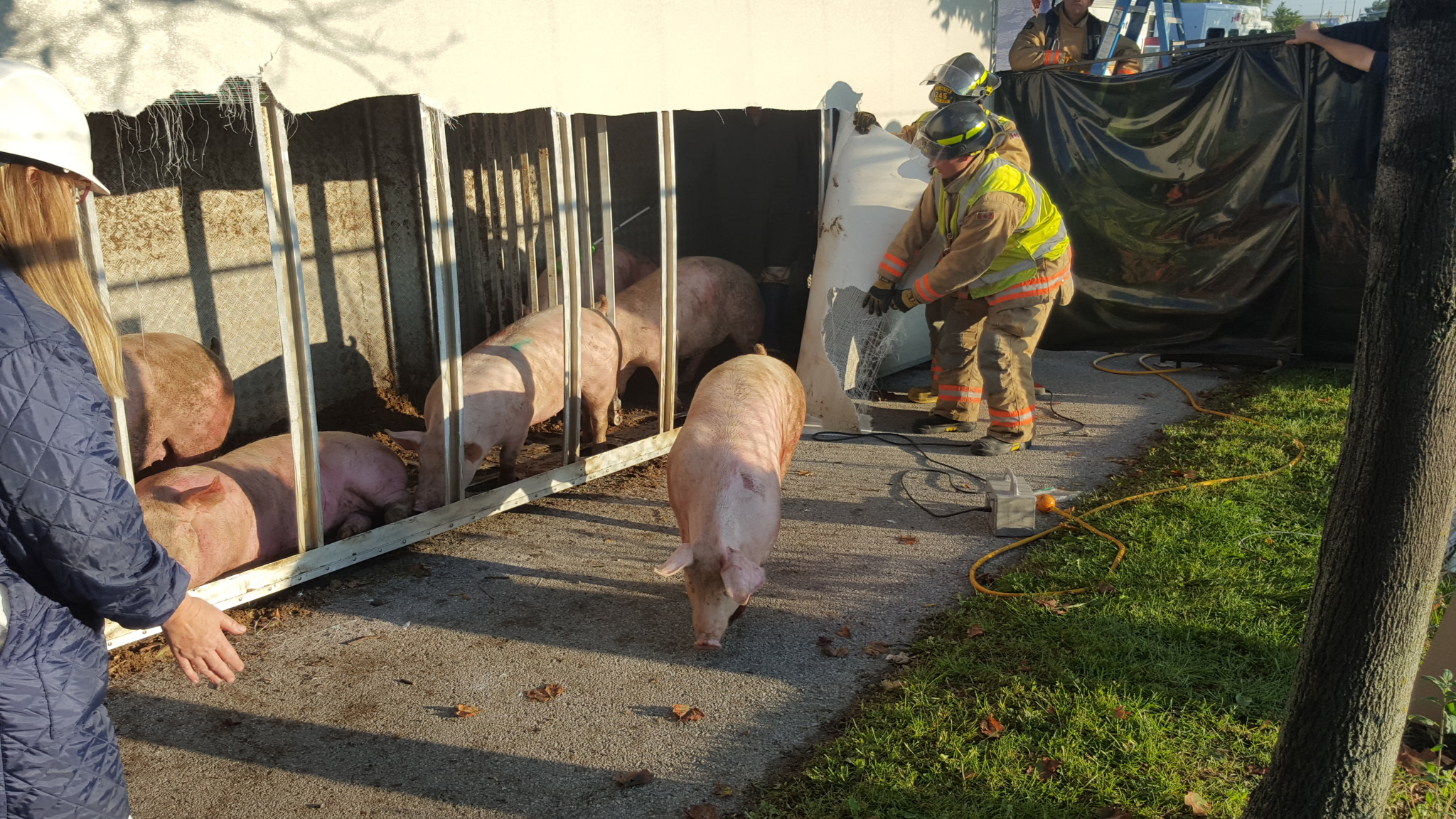 "It’s devastating for us to see this."

Animal rights activists are enraged and gathered at the scene of the accident to help the injured pigs.

Amongst this group was Anita Kranjc, one of the founders of the Toronto Pig Save, who is currently on trial and could risk prison time for having given water to dehydrated pigs as they were going to the slaughterhouse. 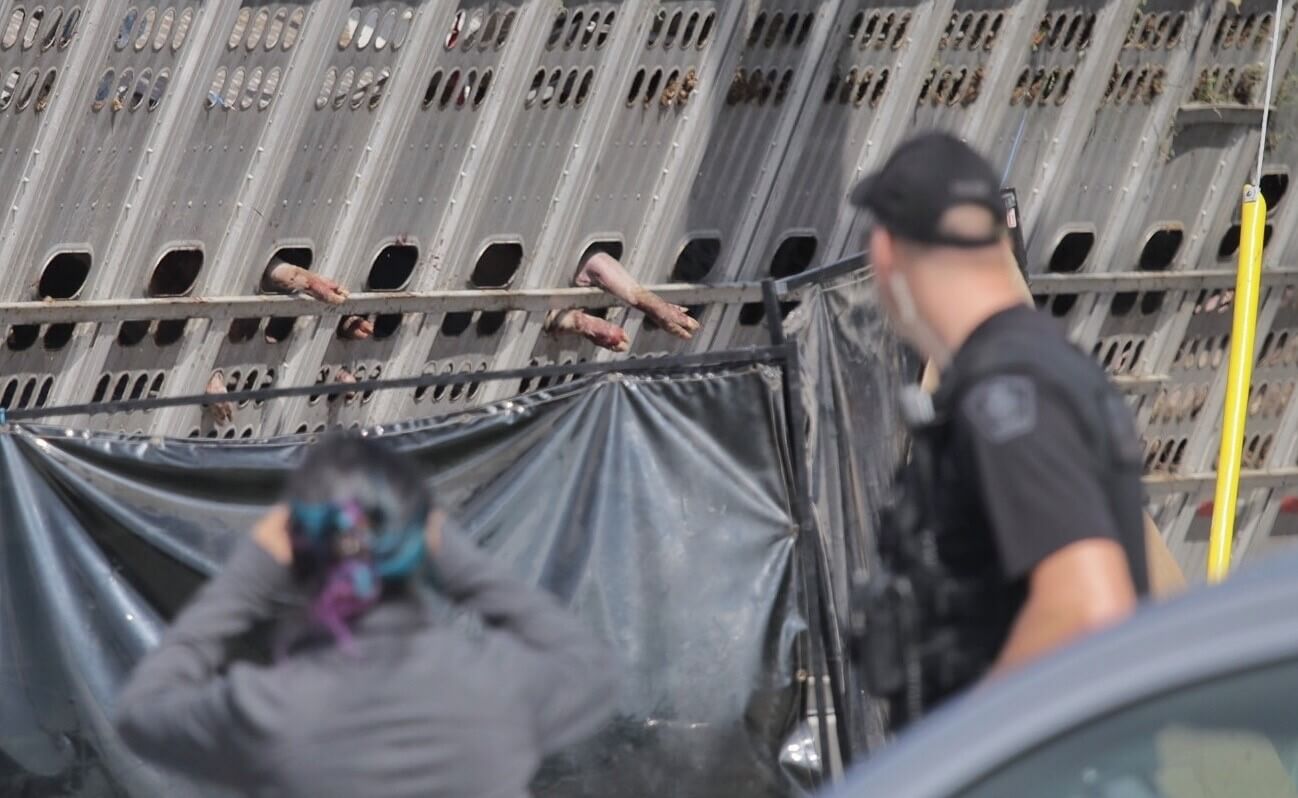 Animal defenders are furious at the reaction of the company who owns the animals, in which they covered and hid the injured animals with canvas sheets so that people wouldn't know how many animals were actually in distress.

The police even arrested Anita Krajnc as she was exercising her right to film the scene with her cellphone. Jenny McQueen,a member of Toronto Pig Save, was with Krajnc when she was arrested. She told City News:

The pigs are injured, they are screaming, they are frightened, they should be taken to sanctuary. It’s devastating for us to see this.

Ingrid Newkirk, the president of Peta, invited supporters to make the connection between the accident in Toronto and their food choices:

PETA encourages everyone to turn away from bacon & ham as this overturned truck carrying pigs to slaughter is exposing the horrors of meat. 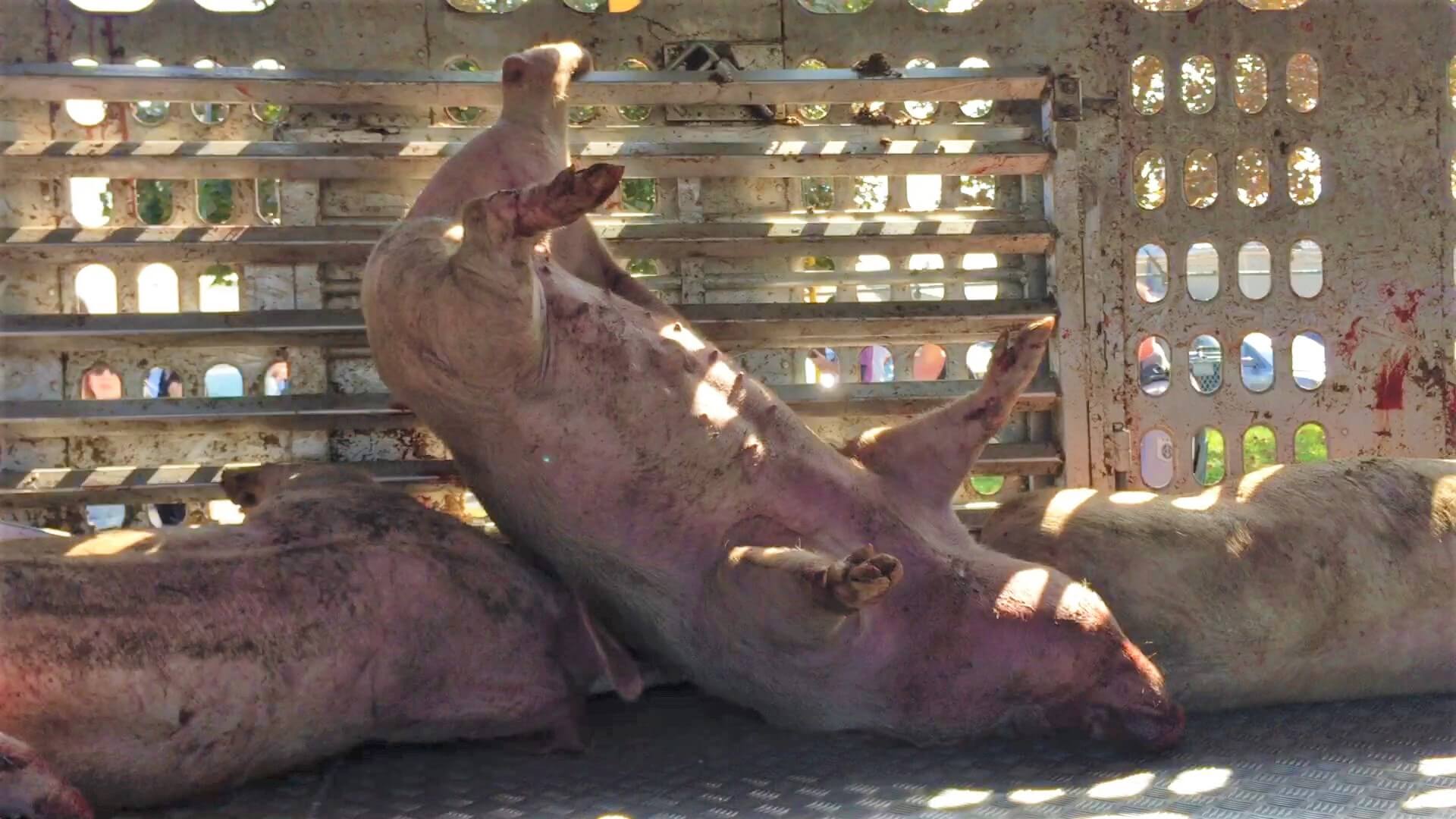 In Canada, just like in the rest of the world, millions of animals suffer daily from terrible transport conditions on the way to slaughterhouses.

On the road they are forced to step all over each other in the overcrowded trucks, without food and water for sometimes thousands of kilometres, in between their own excrement.

Click here to support Peta in their fight to protect animals from cruelty.