At only a few hours old, this foal must have been beaten. He was born with three bones of his back leg missing, and the Amish farmer saw no reason to keep him, as he would never turn into a functioning farm horse. 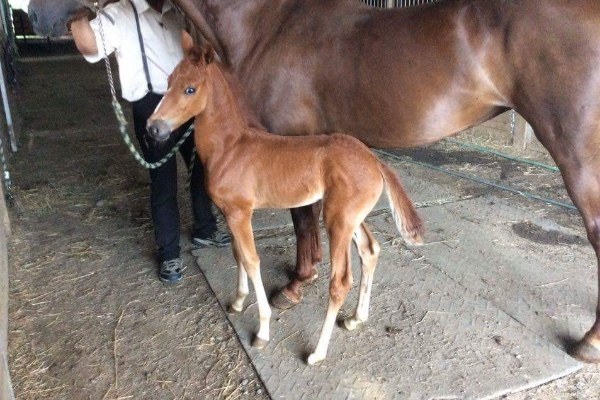 But despite his genetic deformity, the young horse, named Trident, was lucky enough to be born at the right place, at the right time. Tuesday Lach, a midwife, was working on the same farm when she heard talk about this foal being euthanized. 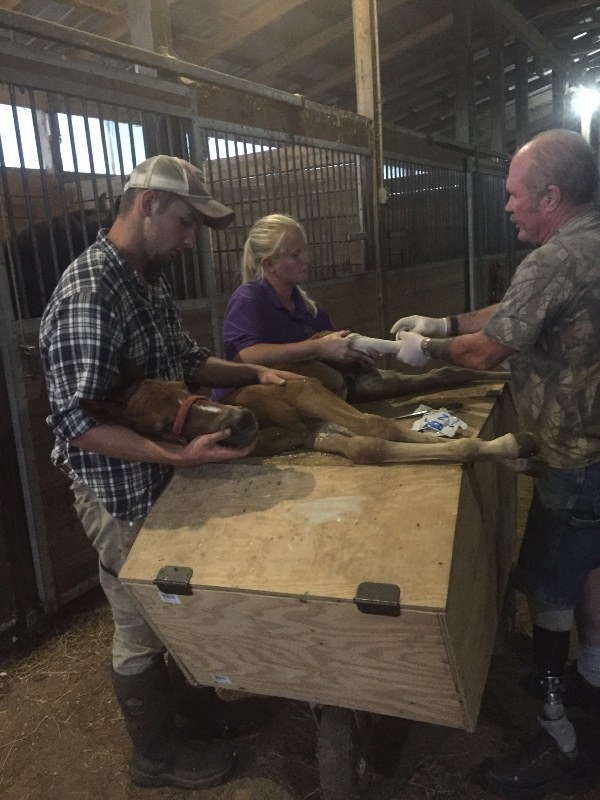 The other coincidence was that Tuesday's sister, Dawnell Kilbourne, takes care of animals in a New York sanctuary, the Woodstock Farm Animal Sanctuary. She quickly contacted her, hoping they would find a place for Trident. For Dawnell, it was out of the question to let the baby down. 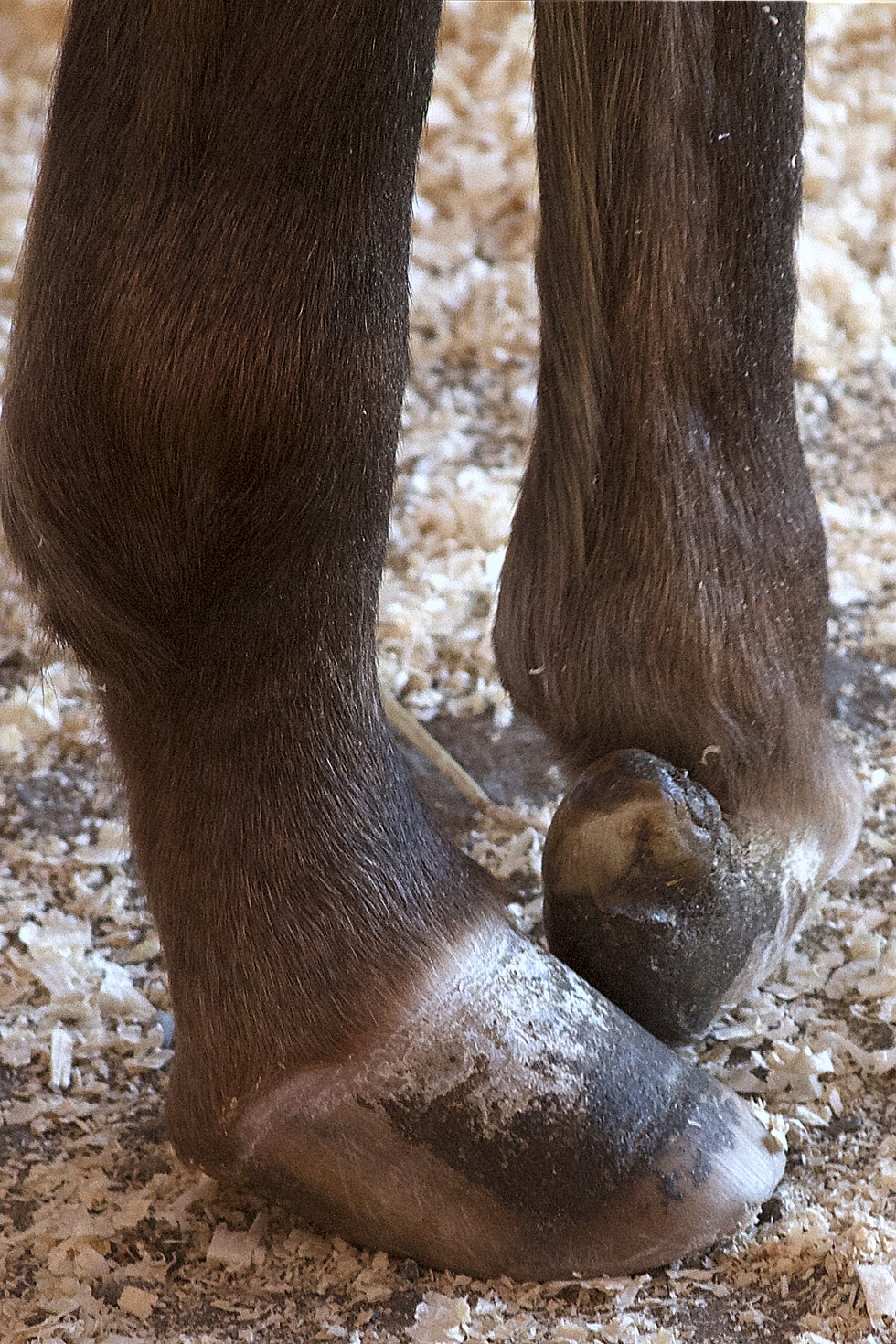 The two sisters would go on to do everything in their power to help the horse overcome his handicap. They contacted Ronnie Graves, a veterinarian from the Veterinary Inclusive Prosthetics and Orthotics in Florida and specialized in prosthetics for animals. 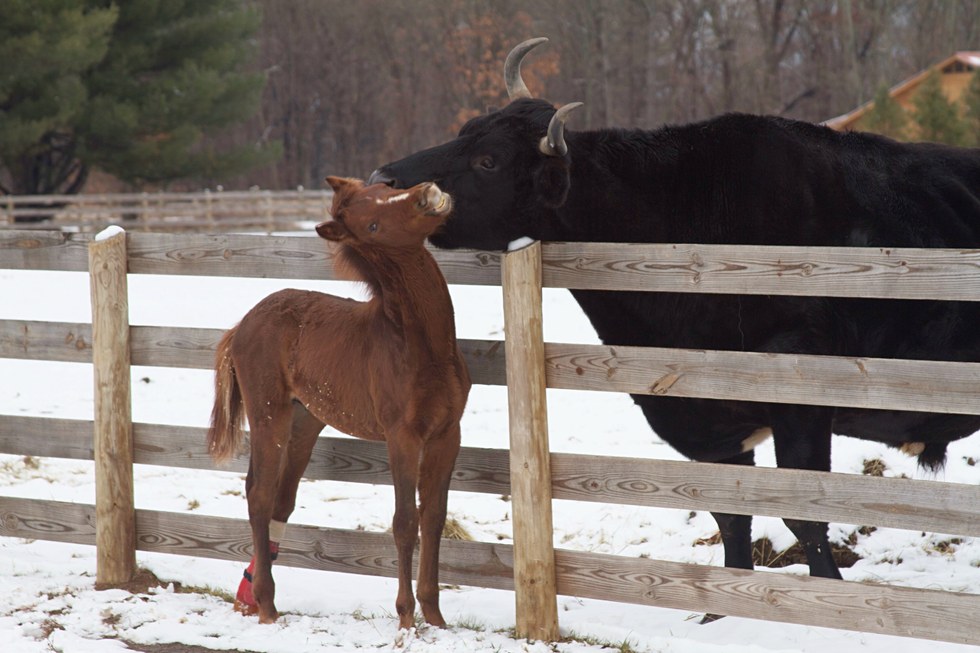 The doctor was touched by the foal's story and agreed to travel to Indiana to examine Trident's hoof. He then created his first prosthetic made by measure and sent it to the family. 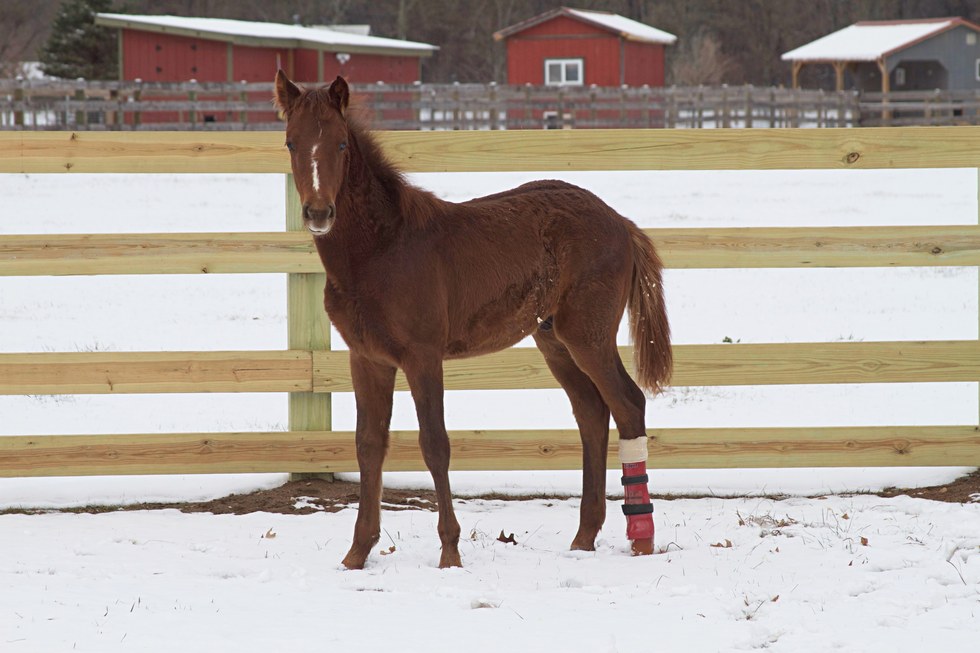 During this time, the sisters had convinced the Amish farmer to keep Trident until they could find a foster home. In the meantime, they started training the foal to use his new leg.

Upon seeing the farmer losing patience, Dawnell worried that he might not respect his engagement, and teamed up with Kathy Keefe, director of Woodstock Farm Animal Sanctuary, and the two undertook the trip of 12 hours to fetch the foal so he could stay at their sanctuary. 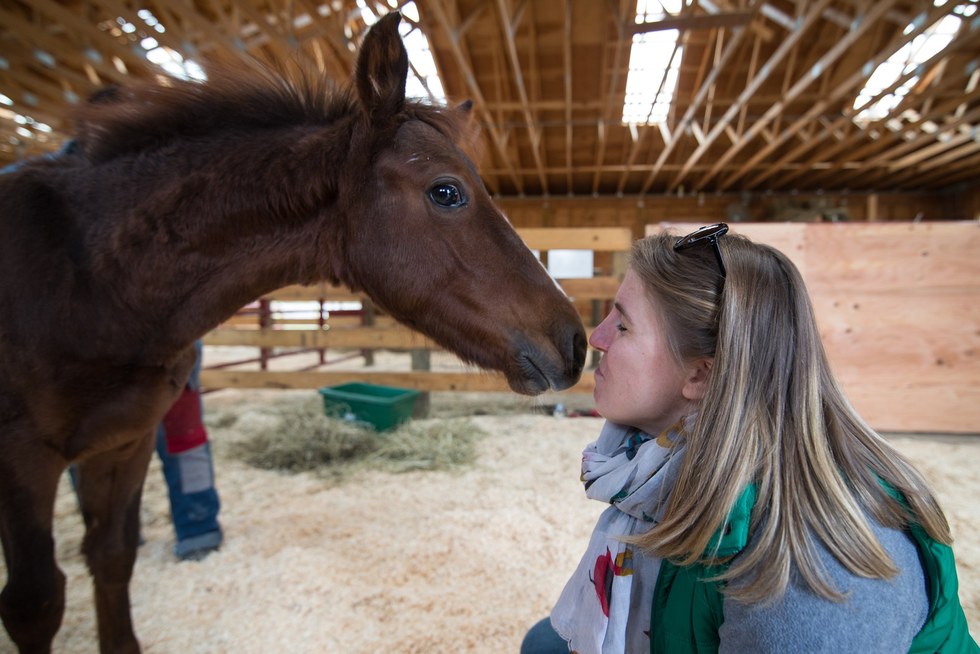 Trident is now living amongst goats, rabbits, cows, pigs, sheep and many others. Despite his physical difficulty, the young horse is adapting very quickly to his new environment and is becoming very close with his new animal family. He especially enjoys the cows' company. Kathy says:

He loves spending time outside, and you'll often see him prancing and running around with his prosthetic. Trident is very curious and will stick his face through the fence to check everybody out.

Once he is used to his prosthetic, Woodstock will welcome a second horse to keep him company. The adorable foal is now living without fear and will always have the Woodstock volunteers' support and love. He will always be a special needs horse, but he is in exactly the right family for that.

Baby Trident gets a new hoof for the holidays and couldn't be happier.