Tigger may be old, but he's showing no signs of slowing down.

He was abandoned at the grand old age of 20 and his story put on Facebook before Adriene Buisch and her boyfriend, Michael, from Maryland, finally adopted him. He joined their senior cat, Stuart in their home. 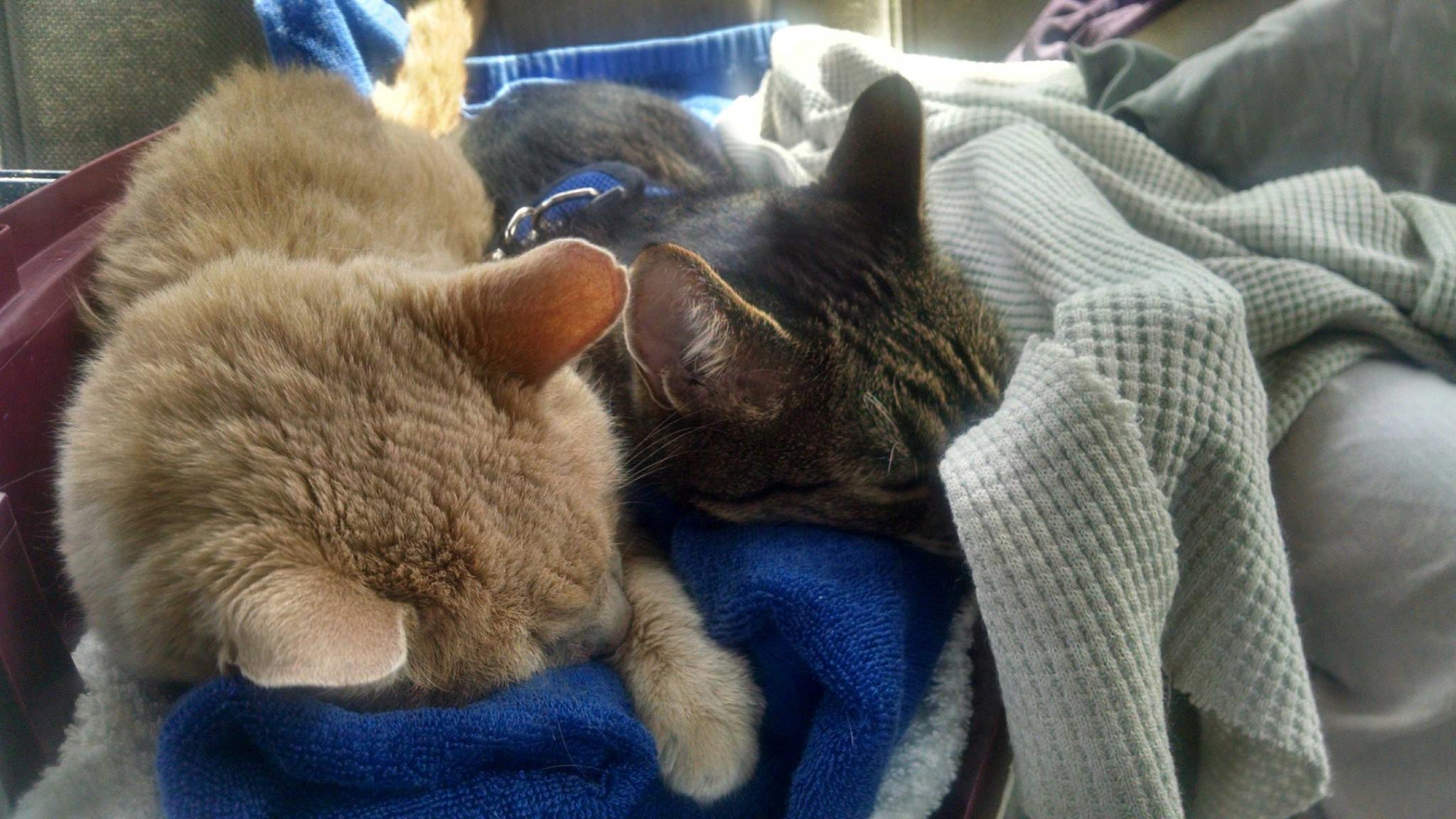 Tigger was in a bad way: he was really underweight with his fur matted to his skin, drinking huge amounts of water which suggested there was something quite wrong with him. Tigger was lucky enough to quickly find rescue at Charm City Veterinary Hospital where Buisch works.

Though the results sadly proved he was suffering from kidney failure, thanks to some medication, a prescription diet and a shave, Tigger was able to put on weight quickly and recover pretty quickly. 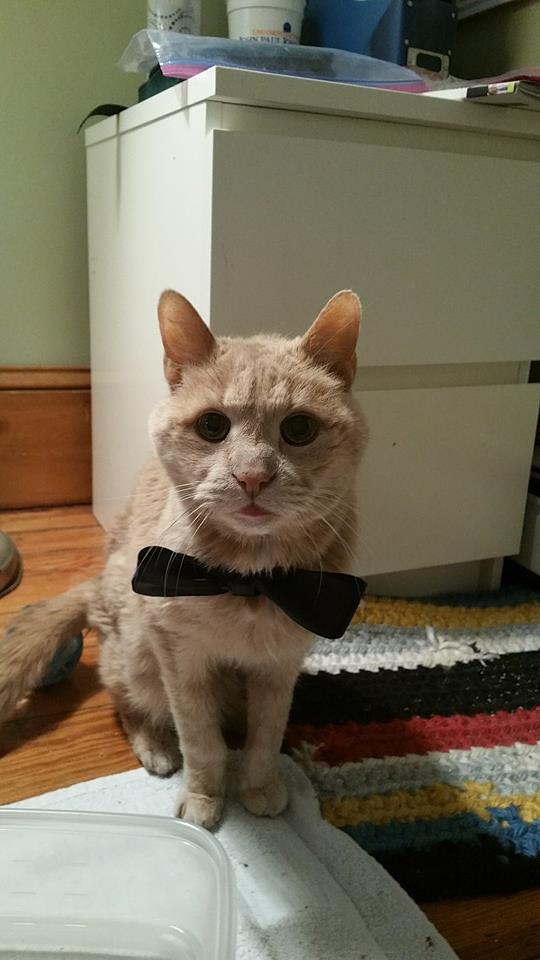 But unfortunately his story doesn't end here. They found a tumour the size of a golf ball in 2015. And due to his old age and his kidney failure, surgery isn't even possible.

In fact, the fun began for Tigger just a few weeks afterwards: his loving parents put together a bucket list of endless excitement that you can follow on his Facebook page. 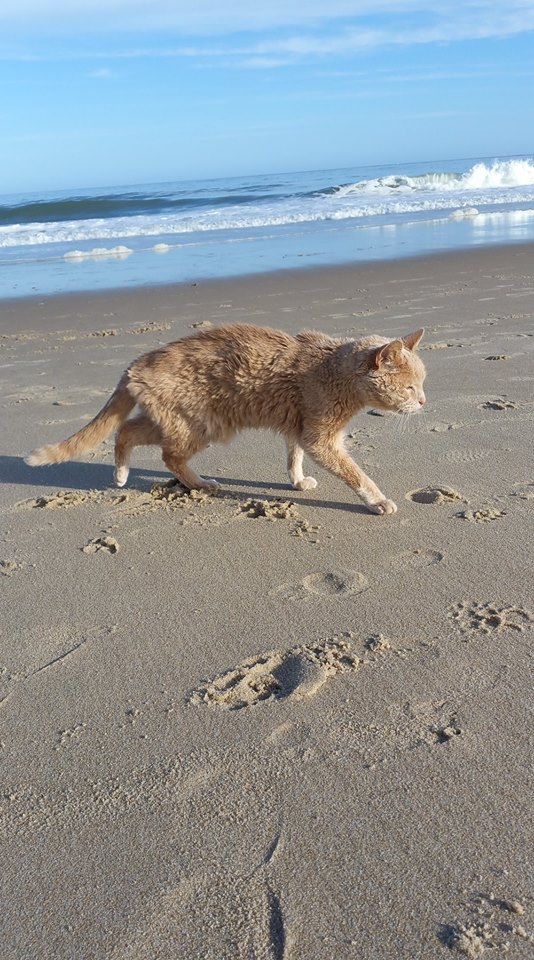 A road trip to Washington, D.C…. 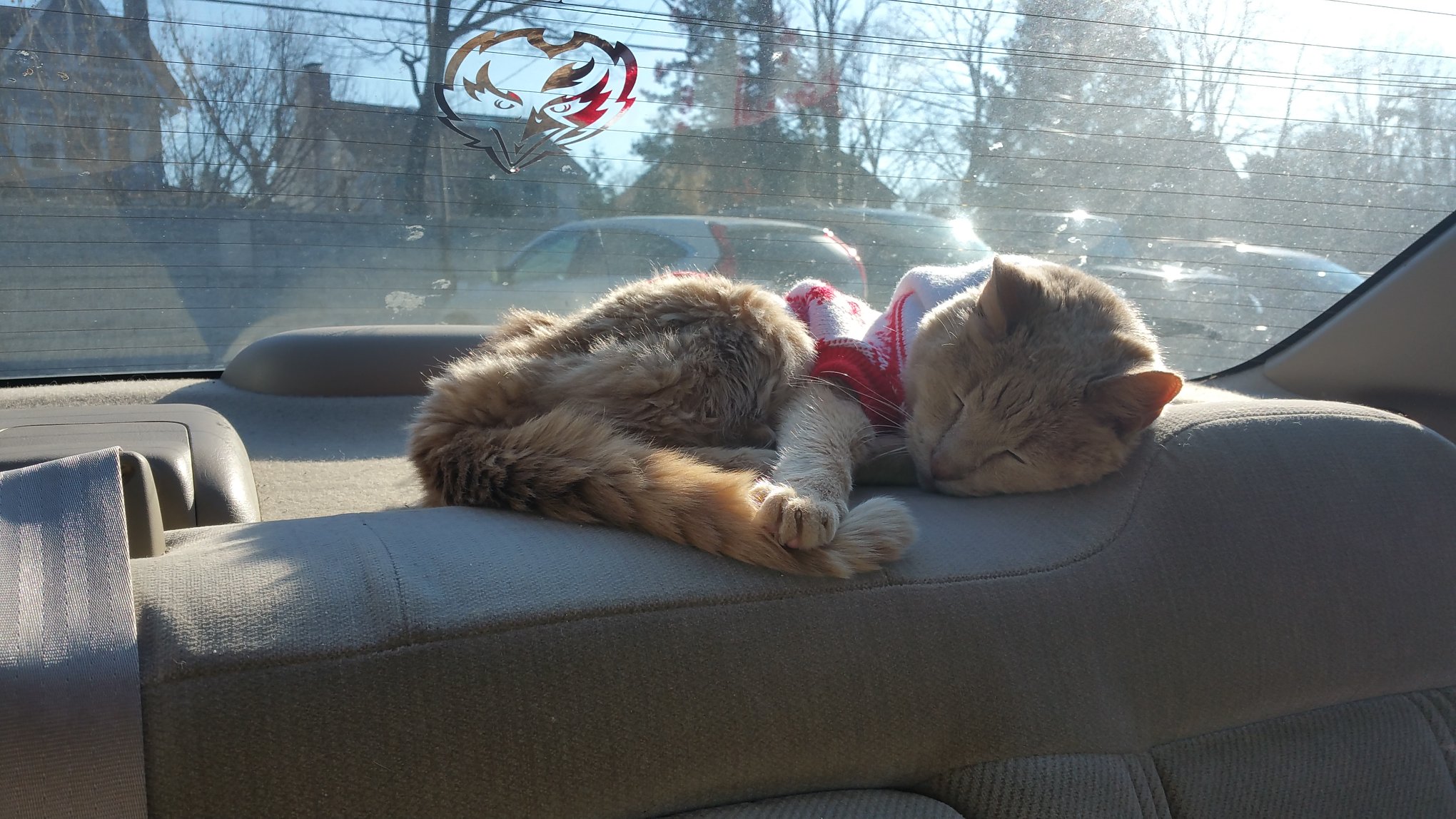 And an ugly Christmas sweater photoshoot… 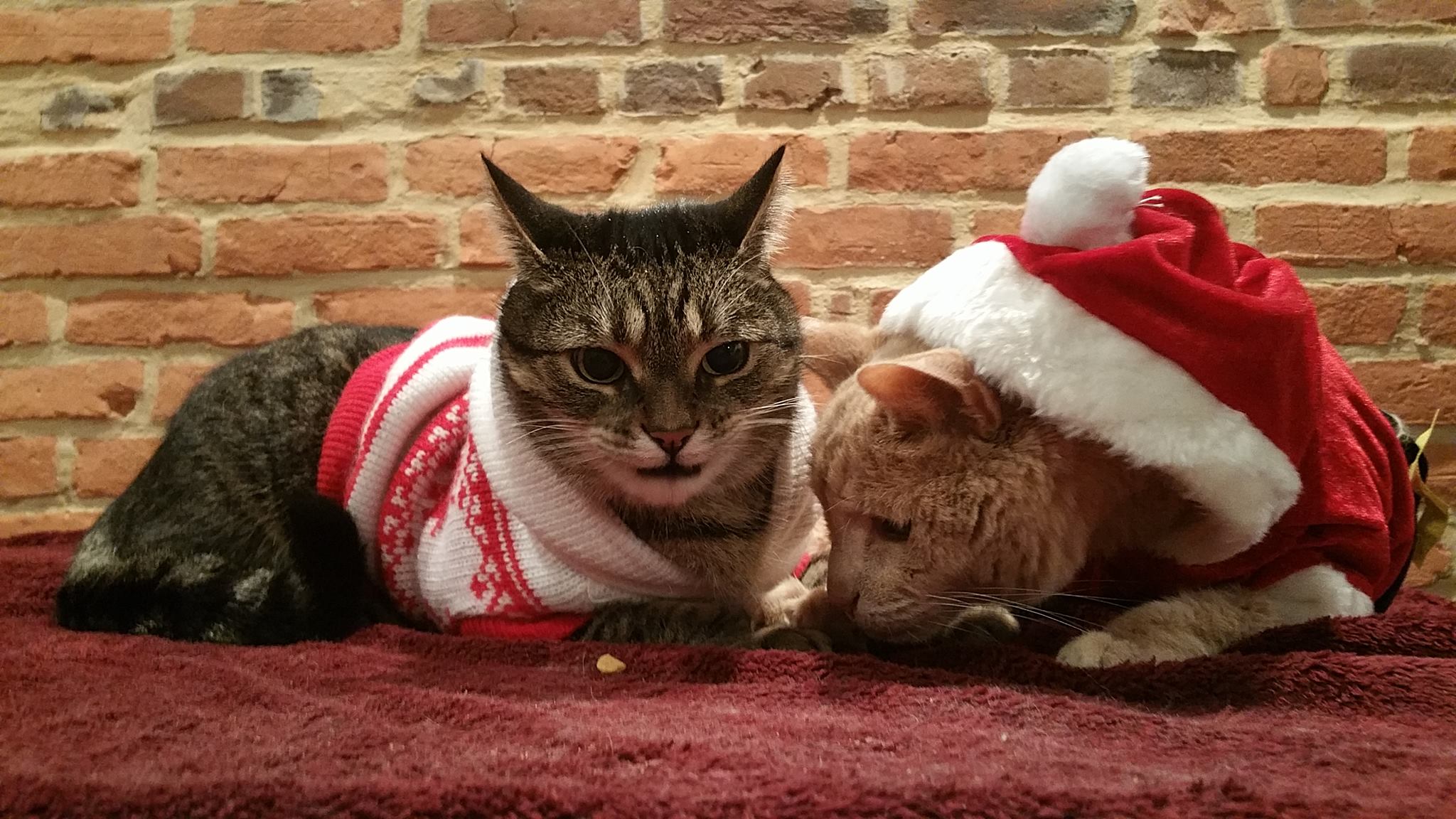 He even made it onto TV in April this year!

One of Tigger's greatest achievements was winning King Pet's Cutest Cat contest in which he received vital reward money which will be used to help keep him in good health.

Today, Tigger is doing just great, making the most of the loving family who have done so much to give him some happy last days… Even if it's just relaxing in front of the TV! 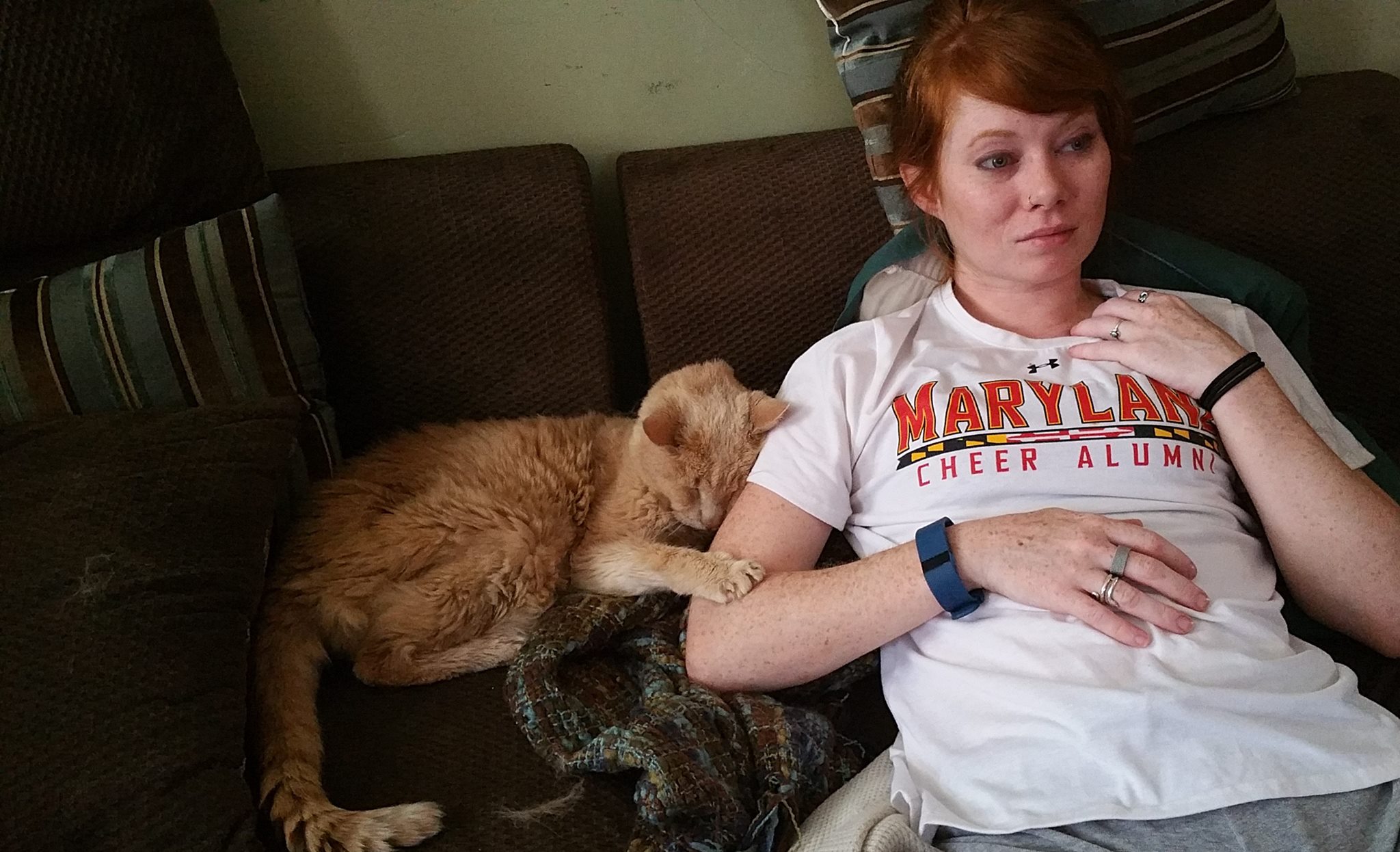 He's proving that you should never give up on life, and keep on challenging yourself until the very end. Though Tigger's health problems are still with him, he's making the absolute most of his life.

Buish concludes to Yahoo News: "We want to do fun things with him until he tells us, 'Okay, this isn't so fun for me anymore'.

Keep following Tigger's adventures for yourself on his Facebook page.