They had spent the vast majority of their lives in rusty cages in Bolivian circuses. Thanks to Animal Defenders International (ADI), these five lions were finally able to taste freedom.

With the help of volunteers, the animals were transported to immense natural reserves with all the fresh air and open space they could need, at the Wild Animal Sanctuary close to Denver, Colorado. The sanctuary was specially prepared for their arrival – a measured biosphere was put in place to ease the transition period and their adaptation to the new climate.

While being able to roam freely in the green bush and having fresh air is already a great victory, this rescue mission had another special moment for two of the lions.

After having spent their entire lives in such tiny, isolated cages that they never felt the contact of another lion, two brothers – Pancho and Temuco – were finally reunited. And their happiness is sure to bring a tear to your eye. 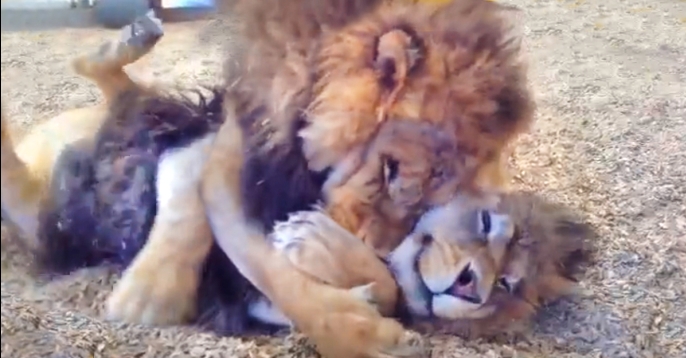 ADI workers hardly ever see a link as strong as the one between these brothers. They spend every single day cuddling and playing together, as if they were trying to make up for lost time. Tim Phillips, vice president of the ADI, said:

Within six months, some of these lions have gone from living in complete isolation in a stinking cage, being beaten and abused, to roaming the Colorado countryside in prides just as they would in the wild.

This moving reunion reminds us that circuses entrap animals into a terrible and cruel way of life, and they often endure violence, abuse, famine and overworking in order to entertain the crowds. 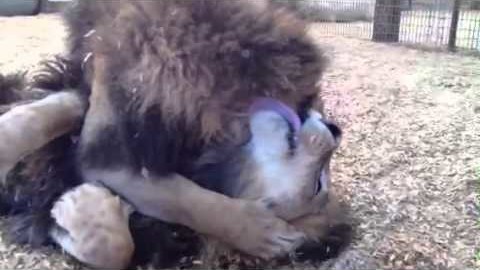 To be an animal lover is to boycott circuses who involve animals altogether. If you would like to help other animals like Pancho and Temuco to find their freedom and live the life that was intended for them, make a donation to Animal Defender's International.

You can also follow the lions' adventured on their Facebook page. But in the meantime, this video should warm your heart.