As Hurricane Harvey moves from Texas to Louisiana this week, it leaves behind unbelievable destruction. At this point, it holds the US record for the most rainfall ever in a tropical storm, with Texas expecting to have an entire year's worth of rain in just a week.

But among the tragedy, there have been incredibly touching scenes of kindness from humankind. Not only towards their fellow humans, but also their animal companions.

Cats, dogs, horses and birds all over the state have found safety with their families, neighbors and even complete strangers who were determined to leave no one behind to face the rising waters. Here are just a few of them:

1. Joe Garcia holds his German Shepherd Heidi above the water as he takes her towards a rescue boat in Spring, Texas 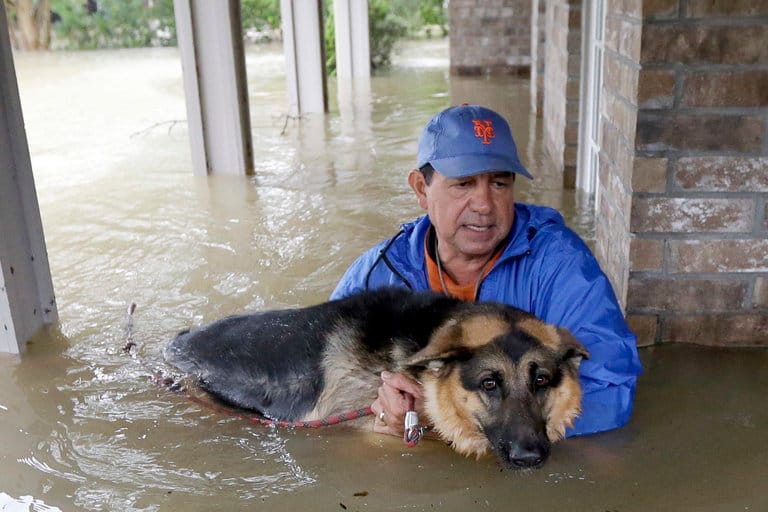 2. Simba is being kept safe from the potentially harmful floodwater by his loving human, Naomi Coto 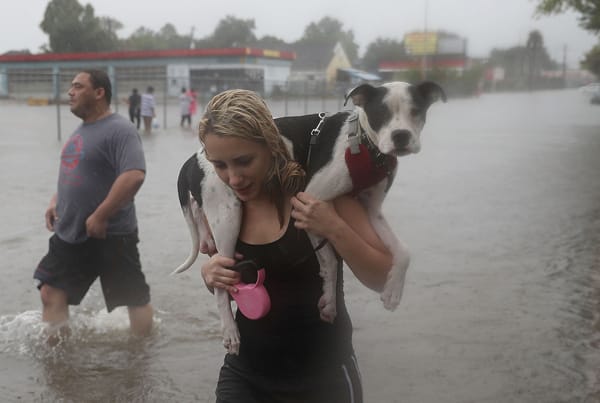 4. This little Chihuahua is being kept warm despite the storm after being wrapped snugly in a sweater and a blanket 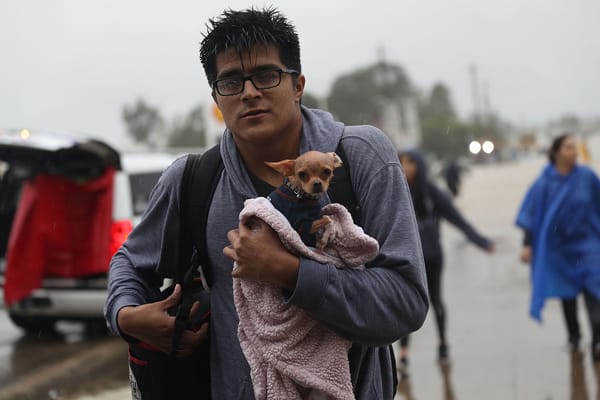 5. Lacey and Iggy stay strong with their family and a rescuer in the town of Spring 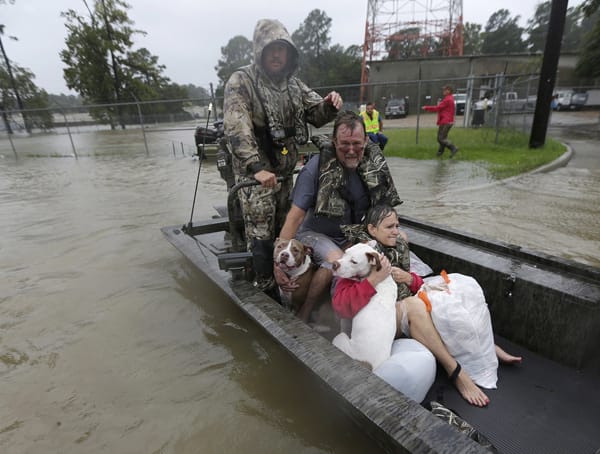 6. A 'really pretty fella' takes refuge in a man's car, refusing to move as they both try to avoid the hurricane

WATCH: A man in Houston claims a hawk would not leave his taxi cab as Hurricane Harvey barreled toward Texas Friday morning. pic.twitter.com/j2nZbarkvZ

7. These pooches are on their way to being reunited with their family after they were evacuated by this brave rescue worker in Houston 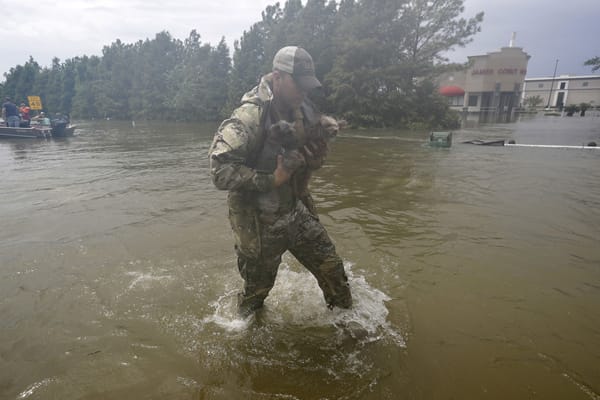 8. A rather wriggly Labrador is helped into a boat by a police officer in River Oaks 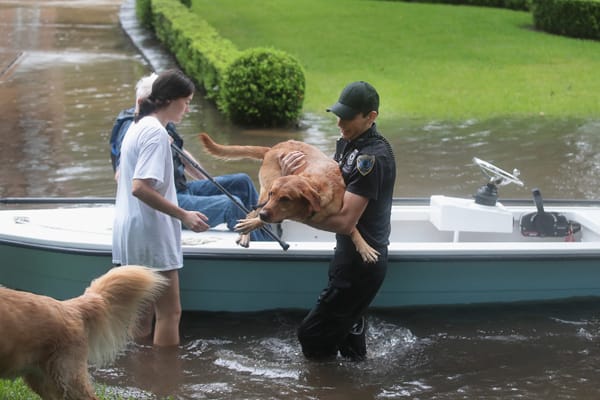 9. Houston residents keep their little pup dry as they evacuate their neighborhood 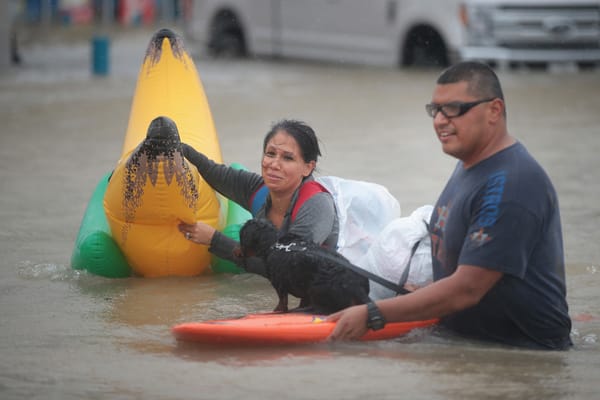 10. This pig doesn't seem to realize how much danger he's in as he complains about being taken from his paddock – or maybe he's serenading his rescuer?

11. Isiah Courtney cradles his dog, Bruce, as they escape Houston together 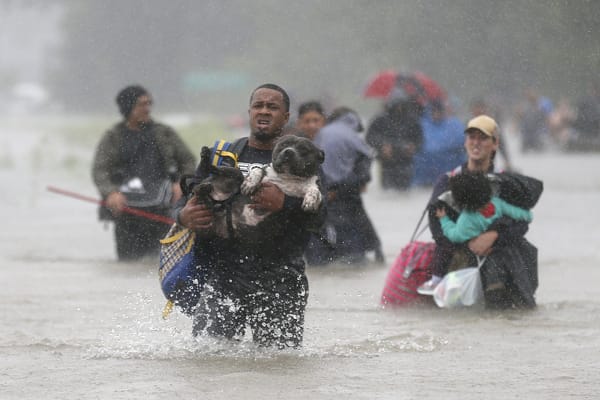 12. A selfless team save this dog from the flood in their boat as they head to safety

A dog was saved from the flooded streets of the sun chase neighborhood in Hamshire. pic.twitter.com/AXzEWzdZes

13. A River Oaks resident and her precious companion are helped along by Andrew White after their street flooded 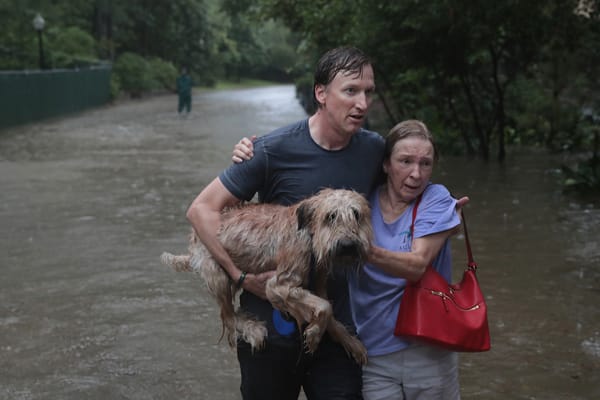 14. These pups and their humans have kept their smiles as they reach an evacuation center in Houston 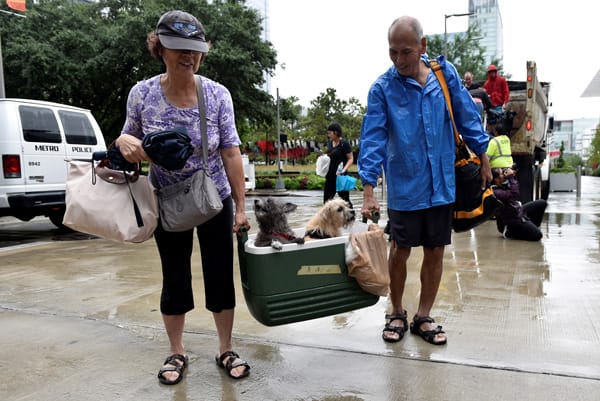 15. Four dogs wait patiently with a good Samaritan on a raft while they wait for a boat 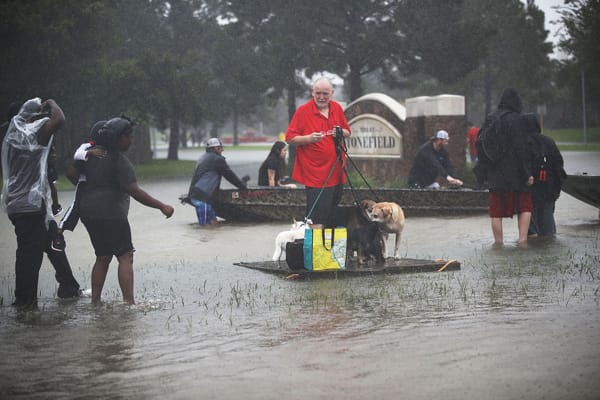 16. Tens of pooches cruise down the flooded streets after being rescued from their waterlogged shelter

This video of Hankamer, Texas police officers saving dogs from a flooded shelter will get you through your day. pic.twitter.com/wQHYBn9JzL

17. These very soggy moggies were rescued from a home in Houston and taken to a safe, dry shelter to recover

Cats rescued from Houston-area home as citizens across Texas step in to assist emergency crews with rescues abcn.ws/2wj2TBR

18. Belinda Penn carries her "best friends", Winston and Baxter, towards her mother's apartment after their area was evacuated 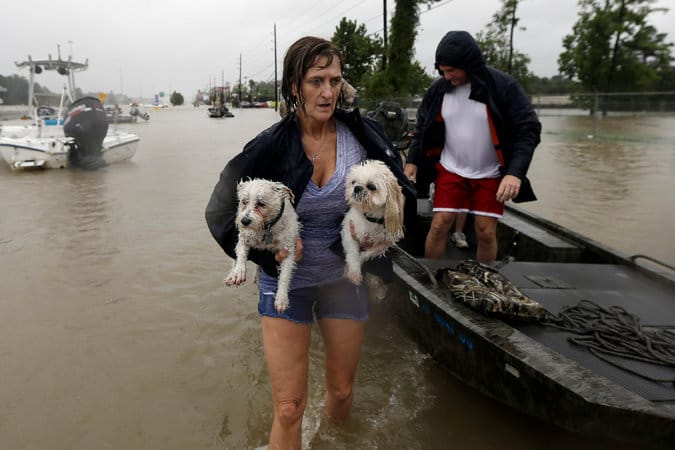 19. And finally, this calm and classy pair stay dry on a blow up lilo while they wait to be picked up by a helicopter 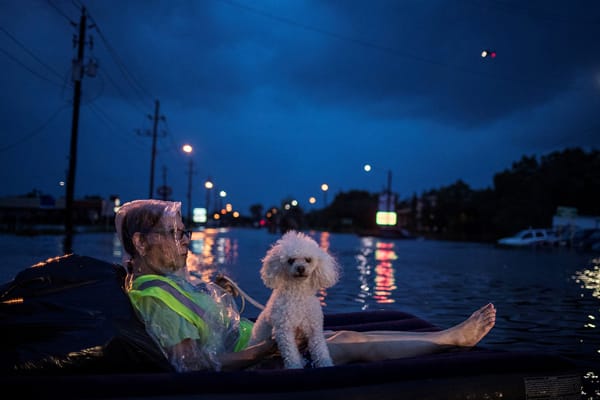