Japanese whalers have come under fire from Australia after it was revealed that they were responsible for harpooning 122 pregnant whales in Antarctica this summer.

If you remember earlier this year, the Japanese Prime Minister Shinzo Abe, announced his wishes to continue the so-called “scientific” whale hunt in Antarctica in the hope that this will lead back to commercial whale hunting. 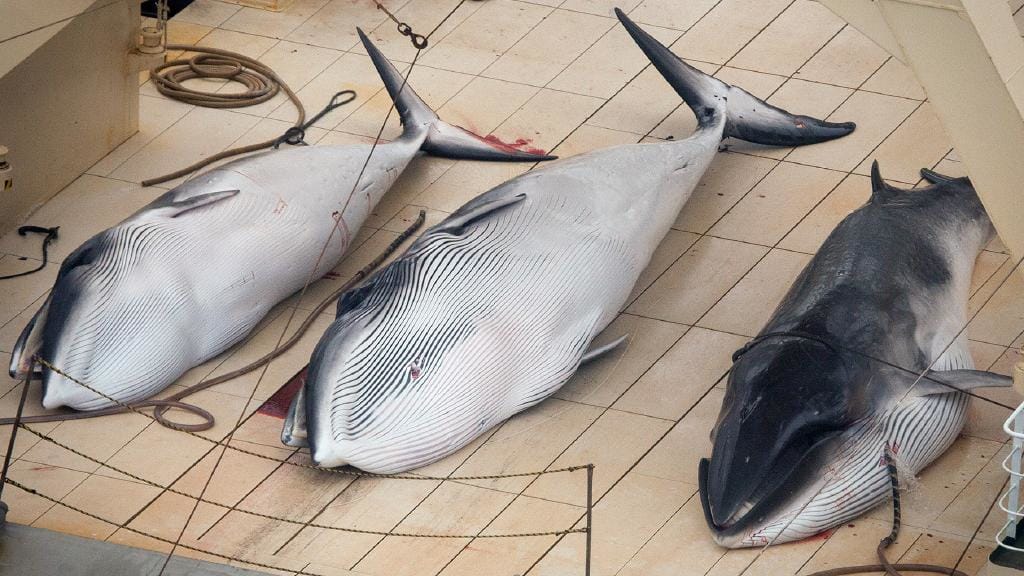 According to The Courier-Mail, 95% of the female whales slaughtered by the Japanese were carrying calves. Federal Environment Minister Josh Frydenberg has blasted the Japanese whale hunt, saying:

The Australian Government is deeply disappointed that Japan continues to undertake so-called ‘scientific’ whaling. The Government has made representations at the highest levels to Japan – and will continue to do so. No country has done more than Australia to try to end Japan’s whaling.

The Japanese whalers stated in a report to International Whaling Commission's scientific committee meeting in Slovenia this month that the "apparent pregnancy rate of sampled animals was high" and that "one or two minke whales were sampled randomly from each … school using harpoons with a 30g penthrite grenade."

While one in every three whales were killed, eleven managed to escape the harpoons by hiding in water with high-density ice. 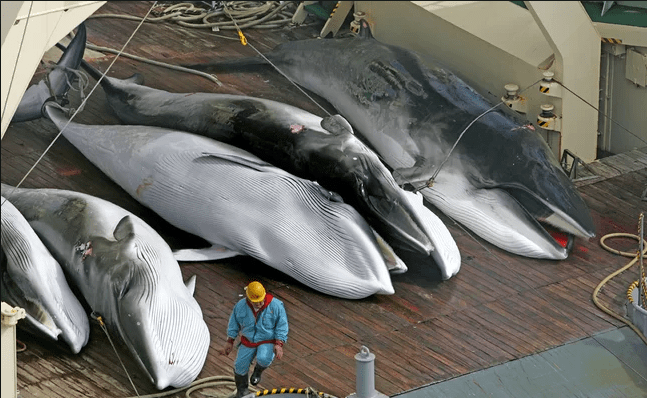 Despite the fact that commercial whaling was banned more than 30 years ago in the country, they continue to carry out the cruel practice by using a loophole to kill whales for "scientific research".

The killing of 122 pregnant whales is a shocking statistic and sad indictment on the cruelty of Japan’s whale hunt. They claim it’s necessary to understand whale biology but that information can be obtained through a biopsy. The whales often get used for pet food.

The IWC report, written by employees of the Institution of Cetacean Research in Tokyo, the Kyodo Senpaku fishing company and Tokyo University, says the whales were killed to obtain data on the “age, sexual maturity and body length of the whales’’.

The Japanese analysed the stomach content to “estimate prey consumption’’ and measured blubber thickness to “study the nutritional condition’’ of the dead whales.