On Friday July 21st, people from a town in Nord-Pas-de-Calais, France, banded together to save a little Papillon named Zoe, who had been abandoned by her owner for 3 weeks without food or water. The police, gendarmerie (local armed forces), firefighters and local officials mobilized after neighbors sounded the alarm. One of them said:

For ten days, we heard the barks. But at first, we couldn't figure out where they came from. Then, a friend of my nephew's saw a dog inside the house. It was a good 15 days or 3 weeks since we'd seen the owners and we'd seen no one come to visit the dog. 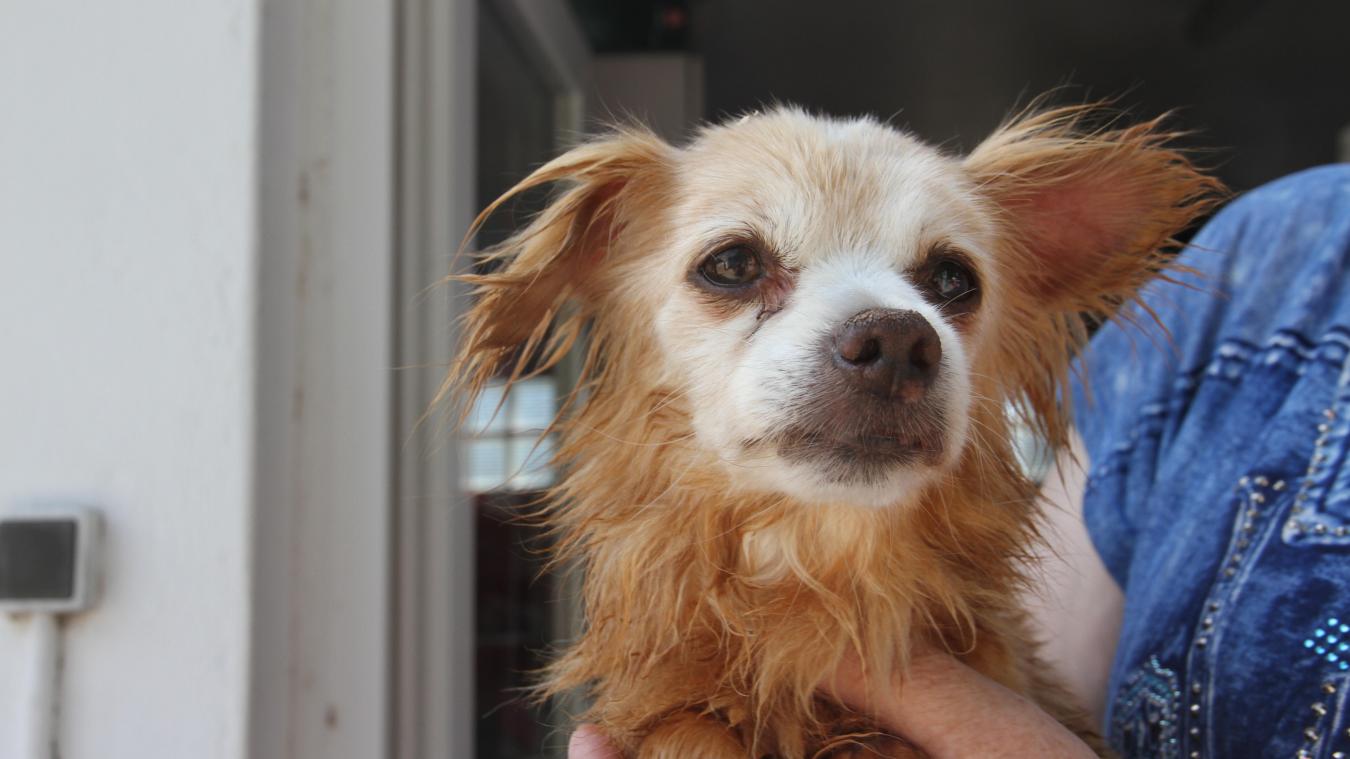 The neighbors became extremely concerned as they realized that the family had taken one of their dogs on holiday with them, but abandoned the other:

It was absolutely disgusting! They have another big dog, but they took that one with them. They had just abandoned the other one in the house, so somebody had to rescue her.

When they went to investigate the house, they noticed a large pile of excrement behind the window. That was when they decided to alert the authorities.

Rescuers reported that the smell inside the house was so awful that the air was difficult to breathe. They found several empty bowls and the little dog, starving, parched and very, very weak.

Zoe was taken to the Société Protectrice des Animaux (Society for Animal Protection), where she was given emergency medical treatment. A member of the society described how they nursed her back to health:

[we fed her] chicken, but only a little bit so she could get used to it again. She will heal with time, but she was in a filthy state, covered in fleas. It hurts her to move because of how dehydrated she'd become.

Because of her age (12 years) and the length of her ordeal, Zoe will probably suffer mild health problems for the rest of her life, but has largely recovered. Her former owners have been charged with animal cruelty offences for neglecting her, an offense which can be punishable by 2 years in prison and a 30,000 Euro fine.