In India, a elephant mother attempted the impossible to save her baby from a muddy pit where he was taken prisoner…

Elephants have an extremely emotionally rich and fascinating life. Their social relationships are very strong and family is a fundamental value for them. Whenever there is danger, a mother elephant will never abandon her young.

Everyone thought that this baby elephant was going to drown. The beginning of the rescue was hard work for the mother.

Source
There was a lot of mud and the hole seemed too deep. She couldn’t get a good grip with her trunk. The baby slipped every time.

Source
She worked until 9 am the next morning, getting more and more exhausted. She had no success.

Eventually rescue came from the inhabitants of the neighbouring village (Chatra, East India) who heard their distressed cries. They rushed over and offered a truck full of bananas to the desperate mother. It was enough to distract her for a moment.  They took the opportunity to get access to the baby elephant, allowing the mother to make another rescue attempt. 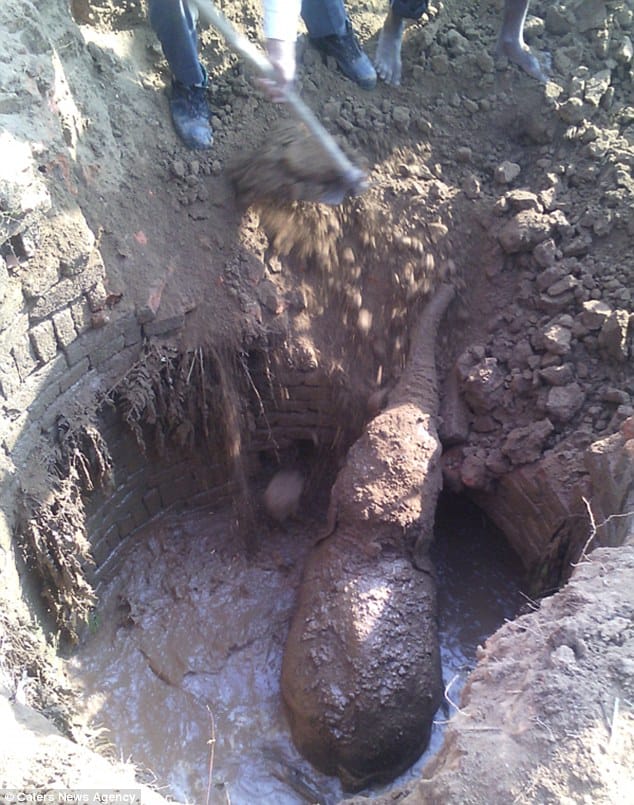 Source
It worked. She was able to release him from the trap by wrapping him up with her trunk. 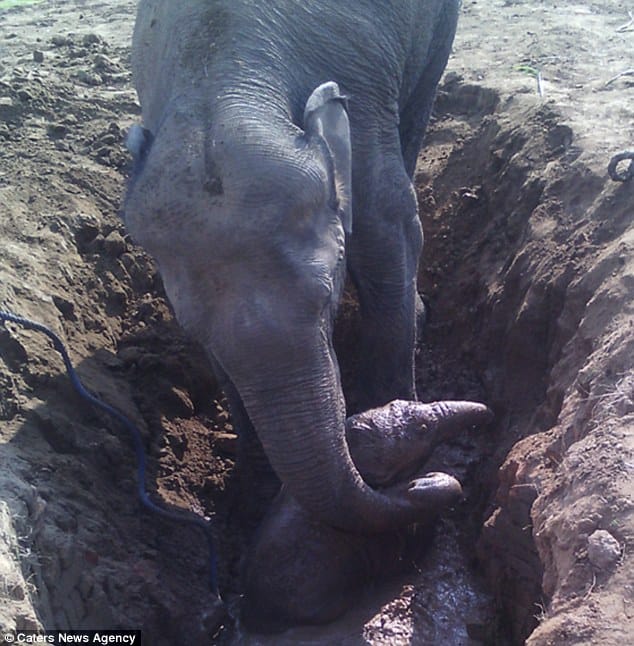 Source
After 11 hours of effort,  they were finally reunited.

Here’s the baby elephant back on land, healthy and safe. The two animals quickly left the area, visibly relieved. 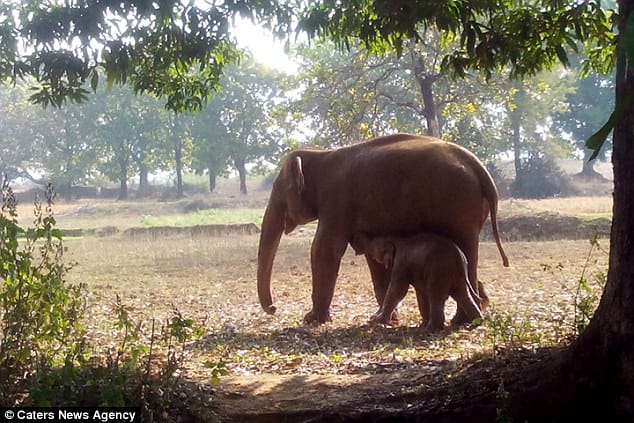